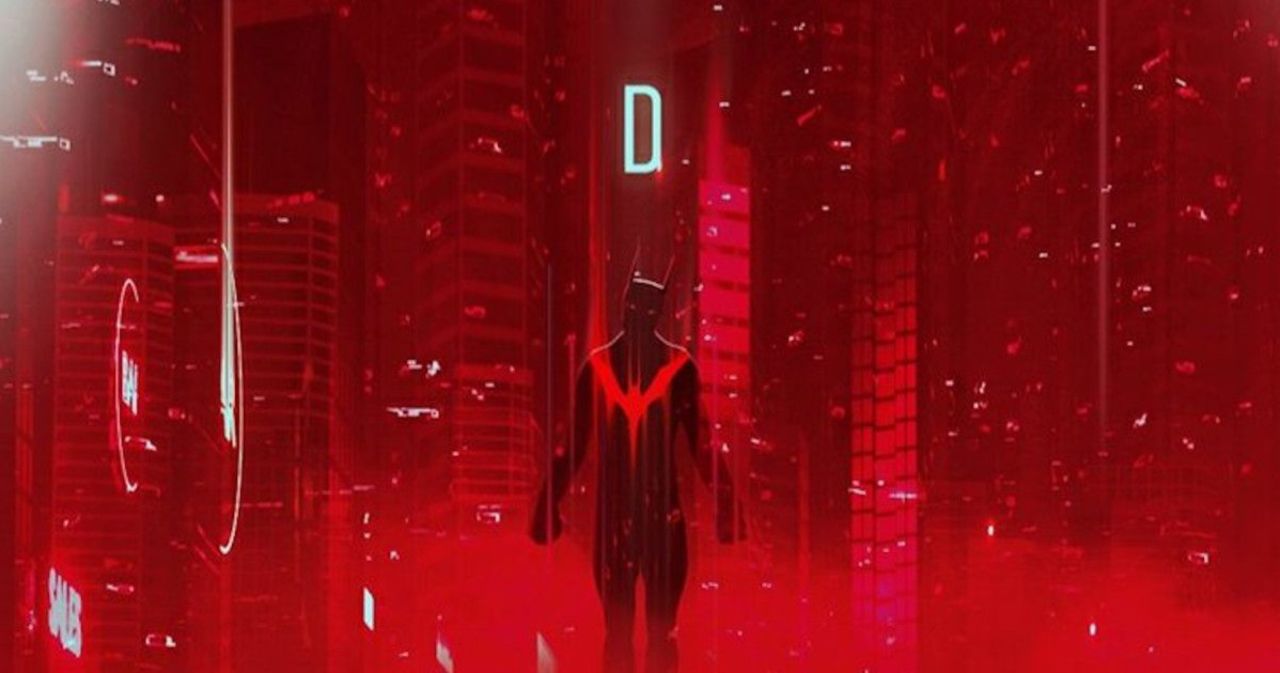 Earlier today, Batman Beyond trended on Twitter when a new rumor broke that The Flash movie will bring back Michael Keaton‘s Batman as a means of replacing Ben Affleck’s version as the main Batman of DC’s shared universe of movies has fans hoping that Keaton’s Dark Knight gets a chance to appear in a Batman Beyond movie. This is hardly the first time somebody has proposed that Keaton, now nearing 70 years old, could serve as a mentor for the next generation of Dark Knight on the big screen. But with a whole new batch of fans tweeting about it, superfan artist BossLogic took to social media to share his version of a poster for that prospective movie.

In this version of the poster, Terry McGinnis is played by Dylan O’Brien, best known for his roles in Teen Wolf and The Maze Runner. The actor, who also voiced the character of Bumblebee in that Transformers spinoff movie, has repeatedly popped up as a fan-favorite fancast on social media for the part.

Today’s report that Keaton would be the main Batman going forward at least somewhat jives with early reports that Keaton would come back for multiple films, serving in an advisory capacity to younger heroes, while Ben Affleck’s Batman would have his swan song in The Flash. In that case, it would seem unlikely to see Bruce suiting up — which leaves a Batman-shaped hole in DC’s Justice League universe.

You can see BossLogic’s image below.

While none of the rumors surrounding Keaton’s return as Batman specifically mention a Batman Beyond movie — maybe they learned from over-announcing and under-delivering with their original DC Films slate? — it seems like a logical enough leap to make. Warner Bros. has repeatedly toyed with the idea of making Batman Beyond movie in the past, and now that they have the one actor that fans have always wanted in that role…well, it’s likely going to be hard not to at least attempt the thing.

Last year, one of the only actors more closely associated with Batman than Keaton is — Kevin Conroy of Batman: The Animated Series fame — appeared as an older Batman in an exoskeleton in The CW’s “Crisis on Infinite Earths” event. That version was less like the one from Batman Beyond and more like an evil version of the Kingdom Come Batman, though — even though he came from “Earth-99,” a nod to the year Batman Beyond took to the screens.

Things may become clearer in the coming months, as The Flash goes into production and people involved in the DC films start doing more press to support the next step in the evolution of the post-Justice League shared DC Universe.

Blow to Putin as both Germany and US confirm they will send tanks to Ukraine
Regal Parent Cineworld Has Reached Out To 30 Potential Buyers As It Pursues Sale; Initial Bids Due Next Month
Speakers call for overhaul of All-Party Parliamentary Groups
Donald Trump allowed back on Facebook and Instagram after two-year ban
Today Was Zelensky’s Birthday and Biden Got Him Exactly What He Wanted, Says Colbert