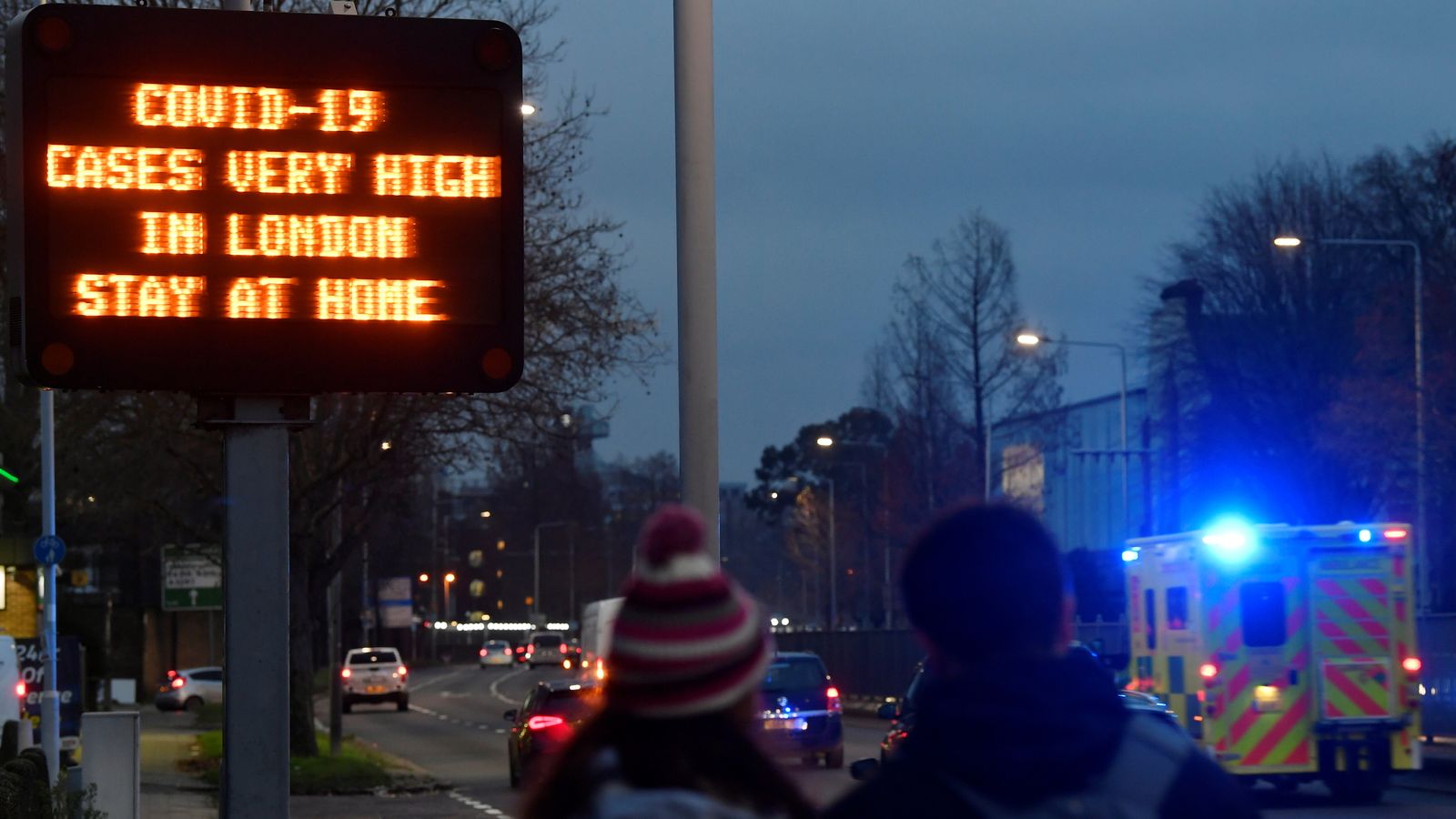 More than a million people in England are currently infected with coronavirus, the prime minister has said.

Boris Johnson was speaking at a Downing Street news conference on the first full day of the nation’s third lockdown, as the Office for National Statistics (ONS) said one in 50 people in England have COVID-19.

Figures show the new variant is “taking off” in areas outside London and the South East, the government said.

Numbers of people with coronavirus in private households between 27 December and 2 January, according to the ONS:

It comes as another 60,916 people in the UK have tested positive for COVID-19 in the latest 24 hour period – the first time the daily number has exceeded 60,000.

However, mass testing was not taking place during the first peak of the pandemic so it is unclear how many cases were circulating then.

There have also been another 830 coronavirus-related deaths in the UK, government figures show. It means that a total of 76,305 people have now died within 28 days of a positive COVID-19 test.

Professor Chris Whitty said coronavirus hospitalisations across England are “rising very rapidly and, of course, we are still in the middle of winter”.

England’s chief medical officer told the news conference that the fastest increase of the new variant is in the East of England, London and the South East, but it is “now taking off in other areas as well”.

Giving an update on coronavirus vaccinations, Mr Johnson said 1.1 million people in England have had a jab, with a total of 1.3 million across the UK.

He said: “By February 15th, the NHS is committed to offering a vaccination to everyone in the top four priority groups including older care home residents and staff, everyone over 70, all frontline NHS and care staff and all those who are clinically extremely vulnerable.

Mr Johnson added: “Next week we will also have seven vaccination centres opening in places such as sports stadia and exhibition centres.”

The latest shutdown to try to control the spread of COVID-19 was announced yesterday.

The prime minister said he believes that by the middle of February there will be a prospect of relaxing some of the measures – but he warned there are “lots of caveats built into this”.

He said the public should not expect a sudden relaxation of the COVID-19 rules, with restrictions “progressively” eased instead.