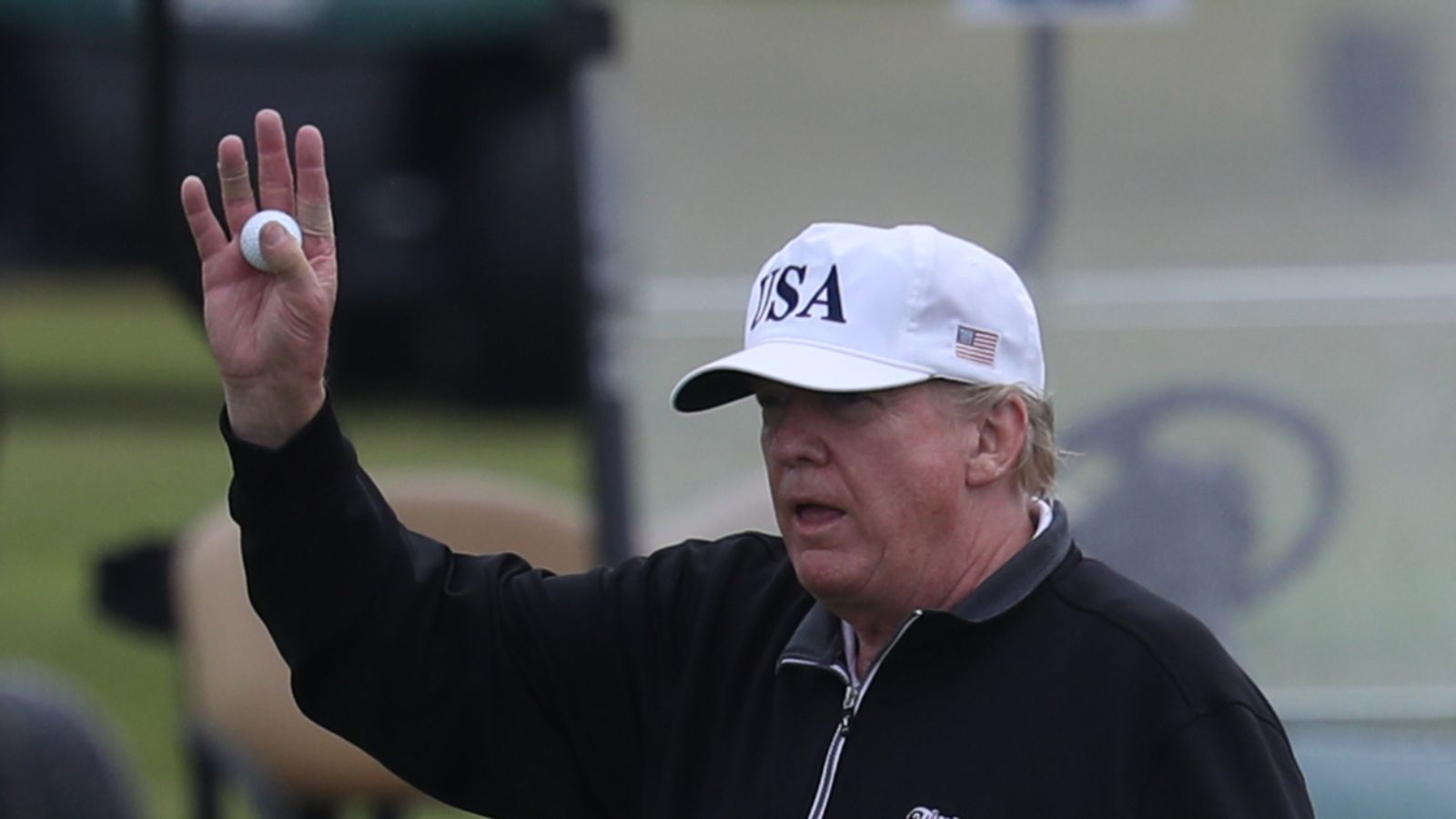 Donald Trump has been warned he’s not allowed to visit Scotland to play golf during Joe Biden’s inauguration as the next US president.

Scottish First Minister Nicola Sturgeon cautioned the outgoing US leader that playing a round would not be deemed an “essential purpose” for transatlantic travel into the country during the ongoing COVID crisis.

Despite being beaten in November’s election, Mr Trump is still disputing the result of what he has termed a “fraudulent” vote.

This has fuelled suggestions he could boycott Mr Biden‘s inauguration ceremony on 20 January.

But, asked at her daily coronavirus briefing about speculation Mr Trump plans to instead fly into Scotland to play golf that week, Ms Sturgeon said: “I have no idea what Donald Trump’s travel plans are, you’ll be glad to know.

“I hope and expect that – as everybody expects, not everybody necessarily will hope – that the travel plan immediately that he has is to exit the White House.

“But beyond that I don’t know.

“We are not allowing people to come into Scotland without an essential purpose right now and that would apply to him, just as it applies to anybody else.

“Coming to play golf is not what I would consider to be an essential purpose.”

The Sunday Post this week reported Glasgow’s Prestwick airport – less than an hour’s drive from Mr Trump’s Turnberry Golf Club on the Ayrshire coast – has been told to expect the arrival of a US military aircraft on 19 January.

The newspaper quoted an anonymous airport source as saying: “There is a booking for an American military version of the Boeing 757 on January 19, the day before the inauguration.

“Presidential flights tend to get booked far in advance, because of the work that has to be done around it.”

The newspaper also reported that US surveillance planes has been circling Turnberry after November’s election.
At a rally in Georgia on Monday night, Mr Trump claimed to have “won the presidential election” and told a crowd: “We won it big.”

He also vowed to “fight like hell” to overturn the result of the election, which he lost by 306 Electoral College votes to 232.

Mr Tump was also beaten by more than seven million votes in the popular vote by Mr Biden.

The last outgoing US president to refuse to attend the inauguration of their successor was Andrew Johnson in 1869.

Base interest rates up to 4% but Bank of England’s language on economy shifts
How US shot down China’s ‘spy balloon’ with a single missile – and what was likely on it
San Pedro’s outer-harbor cruise terminal plan underway again
Crews release toxic chemicals from derailed freight train to avert explosion after evacuation
Is Your EV Charging Station Safe? New Security Vulnerabilities Uncovered