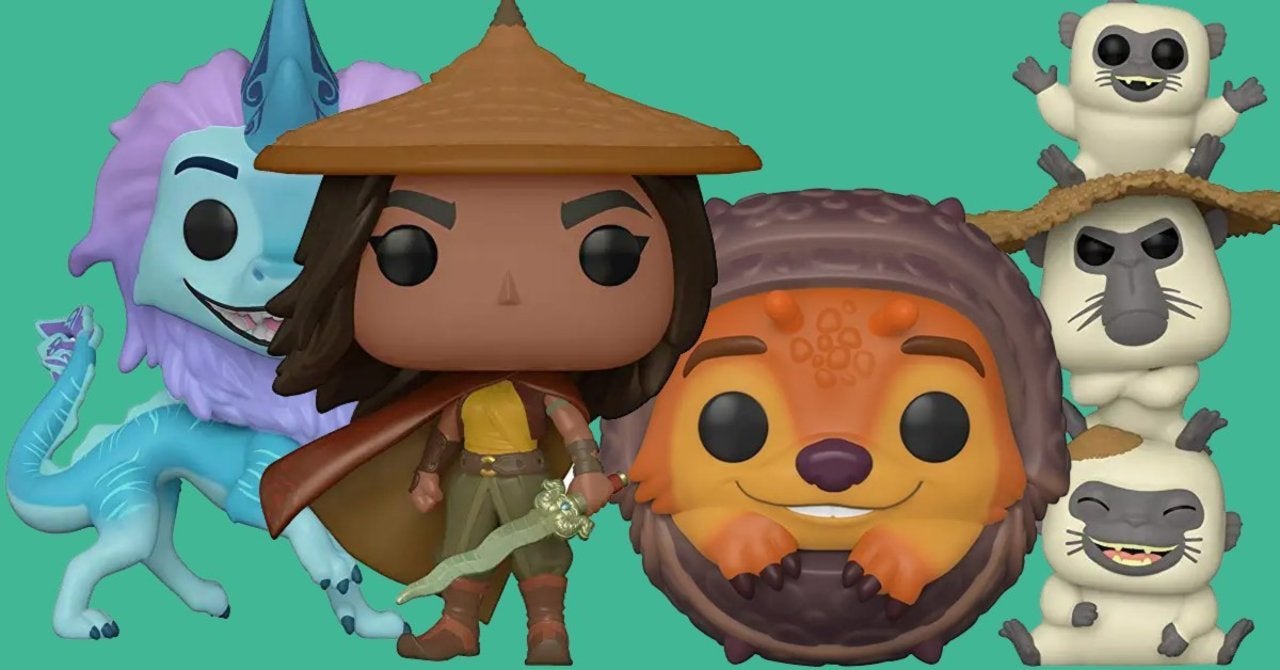 Disney’s next animated film Raya and the Last Dragon will be released in theaters and on Disney+ Premier Access on March 5th. However, you’ll be able to enjoy the Funko Pops from the film a bit earlier.

Indeed, the first Funko Pops from Raya and the Last Dragon have been unveiled, and they include Raya, Raya Warrior, Raya and Baby Tuk Tuk, Ongi, Sisuas Dragon, Noi, Tuk Tuk, and Namaari. We’re not sure what the deal is with all of these characters just yet, but the Funko Pops look pretty great.

Note that Premiere Access means that you’ll need to pay an extra fee on top of your Disney Plus subscription to watch Raya and the Last Dragon on the release date. A similar situation happened with Mulan last year, when it cost $30 to access – though Mulan was not simultaneously released in theaters. Mulan was made available for no extra charge to Disney+ subscribers after a time.

You can check out a trailer from Raya and the Last Dragon right here. The official synopsis reads:

“Long ago, in the fantasy world of Kumandra, humans and dragons lived together in harmony. But when sinister monsters known as the Druun threatened the land, the dragons sacrificed themselves to save humanity. Now, 500 years later, those same monsters have returned and it’s up to a lone warrior, Raya, to track down the last dragon in order to finally stop the Druun for good. However, along her journey, she’ll learn that it’ll take more than dragon magic to save the world—it’s going to take trust as well.”

De-Influencing Can’t Save Us
Charlie Thomas, Rock and Roll Hall of Famer of The Drifters, Dead at 85
Man Who Allegedly Used Dating Apps While Target of Manhunt Dies in Custody After Standoff
Two weeks later, what we know — and still don’t know — about Monterey Park shooter
BMW in talks with UK government over £75m grant for electric Mini