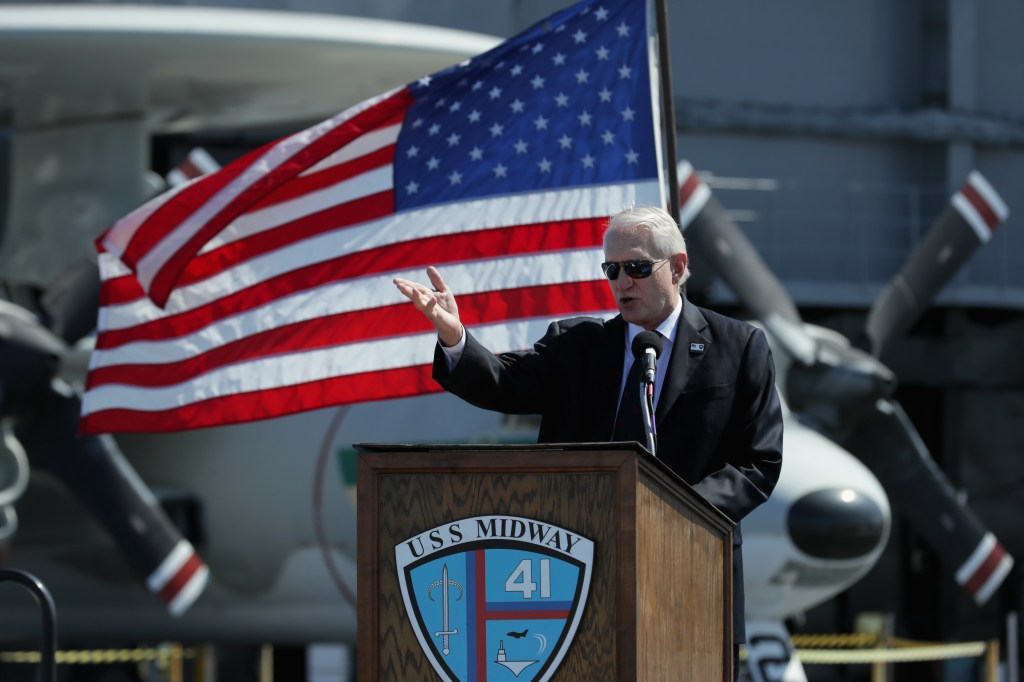 Calls for the removal of USA Water Polo CEO Christopher Ramsey and board chairman Michael Graff were joined on Tuesday by at least 10 Olympians as well as former U.S. national team players and coaches, and ex-USA Water Polo and U.S. Olympic and Paralympic Committee board members.

Terry Schroeder, member of four Olympic teams and coach of the 2008 and 2012 U.S. men’s Olympic team,  is among more than 200 individuals who signed an online petition shortly after it posted Tuesday.

Citing what it characterized as “the alarming history” and “pattern of behavior by the leadership of USAWP,” authors of the petition, who include former U.S. Olympic team captain Christopher Duplanty, requested the USA Water Polo dismiss Ramsey, the organization’s CEO since 2006, and Graff, the Irvine-based national governing body’s longtime board chairman.

“As members of USAWP, we have no confidence in the judgement and leadership of Mike Graff and Chris Ramsey, and we ask the Board to immediately and permanently remove both from any and all positions or roles within USAWP,” the group said in the petition.

USA Water Polo did not respond to a request for comment.

A Chicago-area female referee alleged to USA Water Polo officials that she had been repeatedly sexually harassed by Perry Korbakis, the chairman of referees for USA Water Polo’s MidWest’s region.

A second female referee also alleged to USA Water Polo in 2009 that Korbakis had sexually harassed her as well.

Korbakis did not respond to multiple requests for comment.

A push for Ramsey’s firing began after an SCNG report in October on USA Water Polo’s handling of 2017 sexual assault allegations against Orange County girls teams coached by Bahram Hojreh.

The SCNG investigation revealed that Ramsey and other top officials at the NGB did not report the incidents to law enforcement or Child Protective services even though under California law and the U.S. Center for SafeSport code they are mandated reporters of sexual abuse and Ramsey only months later told a U.S. Senate subcommittee that the NGB’s protocol was to immediately alert law enforcement, according to depositions, emails, letters and sworn declarations. The U.S. Center for SafeSport is reviewing a formal complaint against Ramsey, according to a person familiar with the review.

Hojreh was arrested in April 2018 on 22 charges ranging from sexual battery, lewd act with an individual under 14, and sexual penetration of a minor with a foreign object, according to arrest records and court filings.

Hojreh allegedly continued sexually abusing at least a dozen underage girls he coached between July 2017, when the first complaints about the coach and IWP were submitted to USA Water Polo, and his April 2018 arrest, according to police reports, court filing, and interviews.

Hojreh has repeatedly denied any wrongdoing. He has pleaded not guilty to the criminal charges.

The Korbakis and Hojreh cases, according to the petition, show “a decade long pattern of behavior by long-term USAWP leaders who, nevertheless, maintain their positions, power and appear to remain fully and completely in charge at the NGB. We believe the lack of transparency and the pattern of behavior revealed are unacceptable and, at a minimum, must immediately be addressed by the Board of USAWP since entrenched leadership is at the center of the concerns.”

In addition to the Olympians, the petition has also been signed by Karen Petri, mother of Heather Petri, one of only two women to win four Olympic medals in water polo.

Actress ‘critically hurt’ after car crashes into house and bursts into flames
‘Grease’ Actor Eddie Deezen Not Competent to Stand Trial for Assault
ColorOS 13 to Release Globally This Month; Reno 8 Series to Get the Update in September: Report
Trump and Republicans Are Already Trying to Cash in on the Mar-a-Lago Raid
Lala Kent Visits 50 Cent Multiple Times On Set, Years After Feud