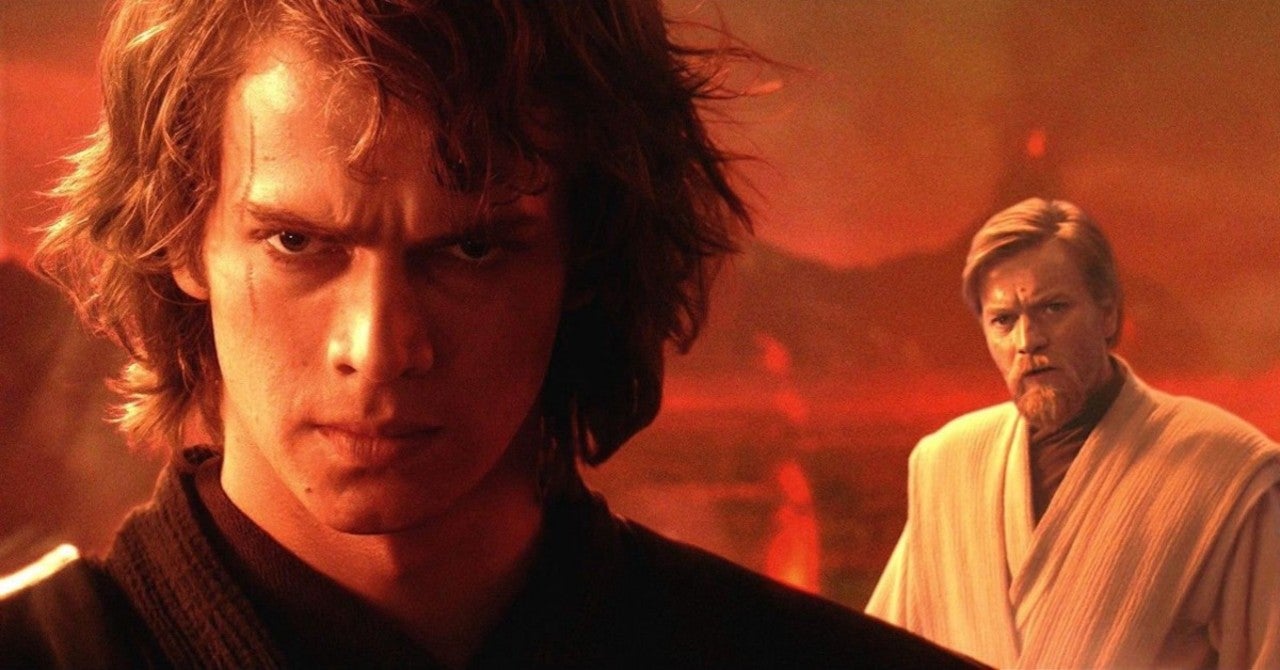 The Star Wars franchise has become part of our popular culture for decades, and fans have found a lot of ways to share their love for the galaxy. For an ever-growing number of fans, the prequel trilogy of films has begun to hold a special place in their hearts, with the scenes and lines of dialogue ascending into meme status. A new post from Reddit user HHHilarious pays homage to one of the prequel trilogy’s most iconic scenes, recreating the final fight between Anakin Skywalker (Hayden Christensen) and Obi-Wan Kenobi (Ewan McGregor) from Revenge of the Sith in birthday cake form.

You underestimate my birthday cake! from r/StarWars

The cake uses LEGO minifigures, chocolate, orange frosting, and some strategically-placed candles to recreate the fiery surface of Mustafar, and the end result is pretty awesome. The cake has gotten quite a lot of love amongst Star Wars fans, earning over 47,000 upvotes on Reddit.

The Revenge of the Sith scene, in which Obi-Wan reminds Anakin that he has “the high ground” in the fight, has grown into a whole new level of cultural resonance. And according to the film’s fight coordinator, Nick Gillard, the line of dialogue came about from some very specific circumstances.

“We would eat in this restaurant every night that was up a hill,” Gillard revealed to IGN in an interview last year. “You could walk up the road and down to this restaurant, or you could walk across a steep bank to it. For me, I always want the most direct route so I’m going for the bank, and [Hayden] hates walking on a slope, so that was in my mind about the higher ground. If I can get [Anakin] on the slope, Obi might have a chance.”

Christensen and McGregor will next be seen together in the Star Wars: Obi-Wan Kenobi Disney+ series, which has already become a pretty highly-anticipated entry among Star Wars fans. The series begins 10 years after the dramatic events of Star Wars: Revenge of the Sith where he faced his greatest defeat, the downfall and corruption of his best friend and Jedi apprentice, Anakin Skywalker turned evil Sith Lord Darth Vader.

“It was such an incredible journey playing Anakin Skywalker,” Christensen said in a statement to StarWars.com. “Of course, Anakin and Obi-Wan weren’t on the greatest of terms when we last saw them… It will be interesting to see what an amazing director like Deborah Chow has in store for us all. I’m excited to work with Ewan again. It feels good to be back.”

What do you think of this LEGO and cake recreation of Revenge of the Sith’s “high ground” scene? Share your thoughts with us in the comments below!