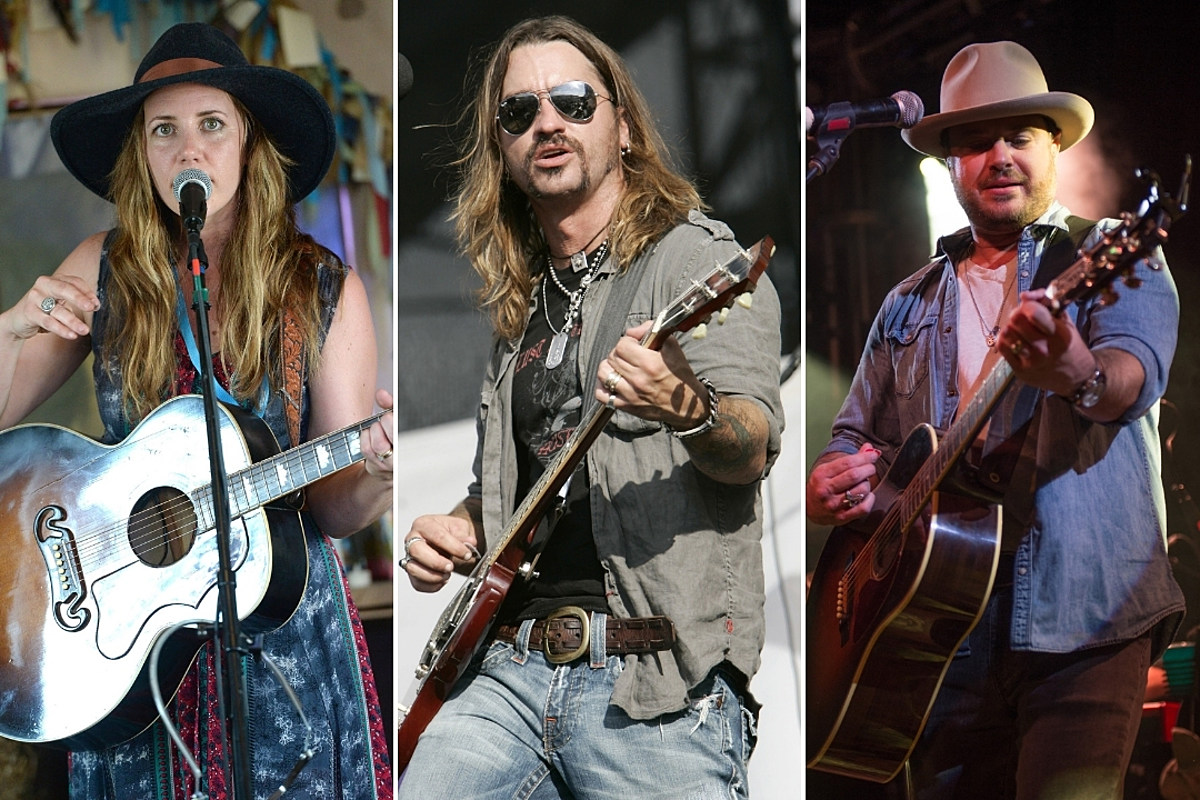 Jamie Lin Wilson doesn’t remember hearing Cross Canadian Ragweed‘s “Sick and Tired” for the very first time, but she does remember hearing the news that the venerable Oklahoma-bred alt-country band had enlisted Lee Ann Womack for the song.

“We felt the same way,” CCR’s vocalist and lead guitarist Cody Canada admits in a video chat. The band met Womack at RodeoHouston, through their shared manager, and she agreed later that night to sing on their next album.

“She drove herself over [to the recording session], which was really unheard of at the time,” Canada recounts. “I asked her how I could pay her — she said a six-pack of Budweiser and some Whataburger … I was like, ‘Man, this is gonna be a lifetime friendship’ …

“She’s just been a really good friend,” he adds, “but to stand on the outside of it and look in … It’s still amazing to me that we made that happen.”

Ragweed — Canada, guitarist Grady Cross, bassist Jeremy Plato and drummer Randy Ragsdale — were a decade into their career, but relatively new to their major-label deal with Universal South Records, when they teamed up with Womack for the single from their 2004 album Soul Gravy (itself a Billboard Top 5 country album). The song is one of a handful of tracks the band placed on Billboard‘s country songs chart throughout their time together, which officially ended in late 2010.

“We all knew [Womack’s] parts,” says Wilson, a Sealy, Texas, native, demonstrating as much over the phone. “I’ve known that for forever.”

It was easy for Wilson to say yes, then, when friend and fellow Texan and musician Wade Bowen asked her to perform “Sick and Tired” with him during a tribute to Cross Canadian Ragweed and Canada, who has continued his career with his band the Departed, during January 2020’s MusicFest in Steamboat Springs, Colo. The annual event, also a ski trip, boasts more than 200 hours of performances from Texas and Americana artists, including a show honoring one of the genre’s figureheads.

“I was so emotional. I’m a softie, and I cried all night,” Canada shares of the event, noting that the first time organizers approached him, a few years ago, about being the subject of the tribute show, he turned them down. But, he adds of the experience, “It was very surreal, very humbling, very awesome.”

On Friday (Jan. 8), 2020’s tribute to Canada and CCR will be released as a live album, The Years: A MusicFest Tribute to Cody Canada & the Music of Cross Canadian Ragweed. Fans can get a sneak peek at Bowen and Wilson’s performance, premiering exclusively on The Boot and our partner site, Taste of Country, below.

Bowen, in particular, has a unique connection to “Sick and Tired”: Canada, then newly married, was inspired to write the song after watching his sister-in-law Shelby work through a “really heartbreaking” long-distance relationship. She broke things off after nearly moving to California for the man — in fact, Canada says, she was “halfway there” when she turned around and came back to Oklahoma — and later married Bowen, whom she met through Canada.

“I remember just being so impressed that, number one, they were good enough friends with [Womack to get her on the song],” Wilson admits. “She and that record, I think, were … one of the bridges to help mend whatever kind of rift there was, or was presumed, [between the Nashville scene and the Red Dirt scene].”

That sort of unity, and that ability to expand their scene, Wilson reflects, is a big part of Canada and Cross Canadian Ragweed’s legacy: “They were part of this huge movement that made going to live music a thing to do … and made it cool to go watch a band and become fans of these bands that are not on the radio,” thereby making space for other independent artists, she says.

“He’s always willing to give opening spots and give chances … He is just trying to help, always,” Wilson adds. It’s a trait Canada attributes to having a family, and to the realization that everyone’s time in the spotlight (both literally and metaphorically speaking) is limited.

“We’re not gonna be here forever, you know?” he reflects. “I had the mentality, in Ragweed, that this is it, forever and ever; I’m gonna have this band forever. And that would have been awesome, but it just doesn’t work like that …

“You just need to grow together and learn off each other, and to be a family,” adds Canada, who co-owns School of Rock New Braunfels, a music school for kids and teenagers, with his wife Shannon. “If you’re playing the same kind of music, you have to support each other.”

“Sick and Tired” is one of 17 tracks on The Years: A MusicFest Tribute to Cody Canada & the Music of Cross Canadian Ragweed. Elsewhere on the project, Wilson performs “17” with Canada’s son Dierks; Parker McCollum, Reckless Kelly, Randy Rogers, Bri Bagwell and BJ Barham, among others, are also featured.

The Years is due out digitally on Friday (Jan 8), with CD and vinyl copies available beginning Jan. 22. Pre-orders and pre-saves are available now; fans can find the album cover and full tracklist below.

The Years: A MusicFest Tribute to Cody Canada & the Music of Cross Canadian Ragweed Tracklist: