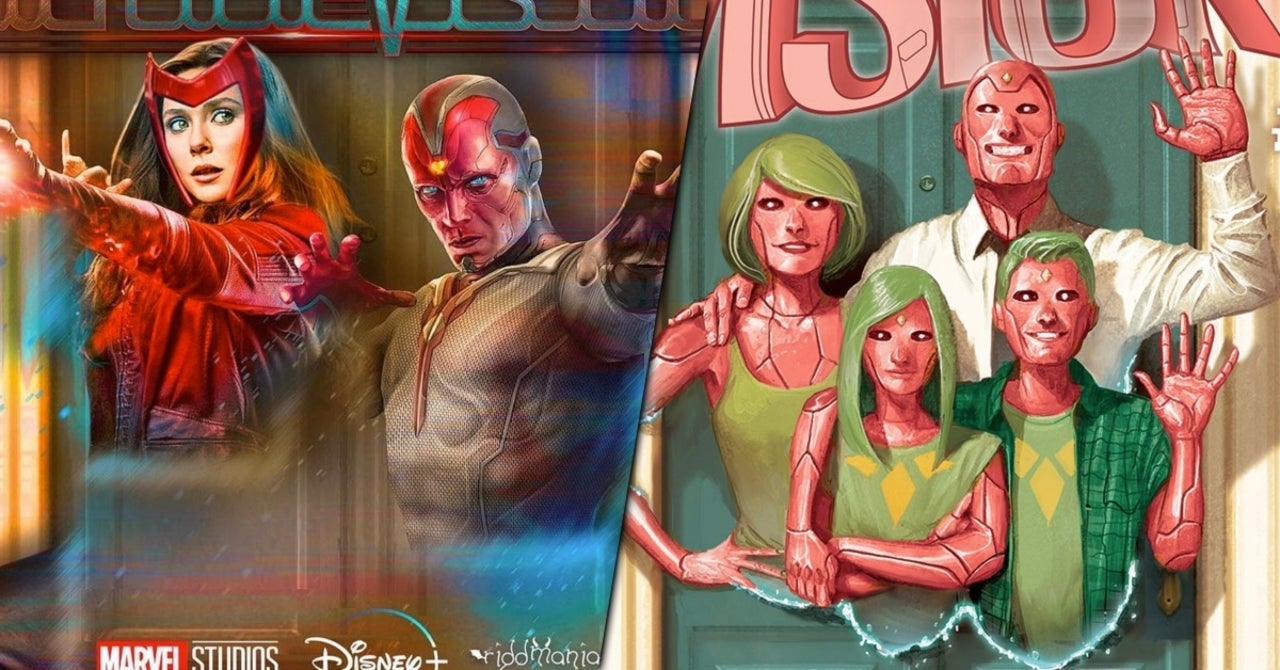 At last, the long-awaited debut of WandaVision arrives on Disney+ next week. With the return of the Marvel Cinematic Universe on the immediate horizon, excitement for the return of content from Marvel Studios is palpable. When it comes to fan artists, that excitement and energy are oftentimes turned into studio-quality fan art in support of the show. That’s especially the case with a recent piece that provides a perfect homage to Tom King’s beloved Vision comics run.

Shared by Instagrammer @Riddmania on Tuesday, the piece of fan art features the show’s titular characters — Scarlet Witch (Elizabeth Olsen) and Vision (Paul Bettany) — are phasing through the front door to their home. A similar set up is used for Vision #1 by King and Gabriel Walta. See it for yourself below.

King himself has regularly promoted the Eisner-winning comic series during the lead-up to the series, and Olsen herself even confirmed the series is pulling inspiration from two major Marvel comic stories.

“Kevin told me he wanted to merge two different comic series as inspiration. He explained the series would show how Wanda is originally from an Eastern European country and grew up on American black-market products like television,” Olsen told Emmy Magazine last year.

“I was a little bit nervous about Marvel doing something on television, because what does that mean and how could it possibly intertwine?” Olsen said of Feige’s plans to have the film and television sides of the franchise intersect like never before. “But I got so excited when I heard that nugget of the idea.”

For the uninitiated, Vision deals with the Ultron-created android moving to the suburbs and crafting a robotic family of his own. The psychological thriller tone of King’s run messes all too well with the teasers we’ve received for the show, and the “bonkers” tone Bettany previously teased.

“Yes, I’m back for WandaVision… I am such an admirer of Kevin Feige, he has taken such a risk with the show, and the concept of this show,” Bettany said of the series last January. “It’s beautifully written by Jac Schaeffer and her staff of writers – and it is f-cking bonkers. I mean it’s so out there and nuts, the choices that they are making. And fans will not have to wait that much longer… they’ll much more of an insight, very, very, soon as to what it may look and feel like.”

What other surprise characters do you think will show up in the Disney+ show? Let us know your thoughts in the comments section!