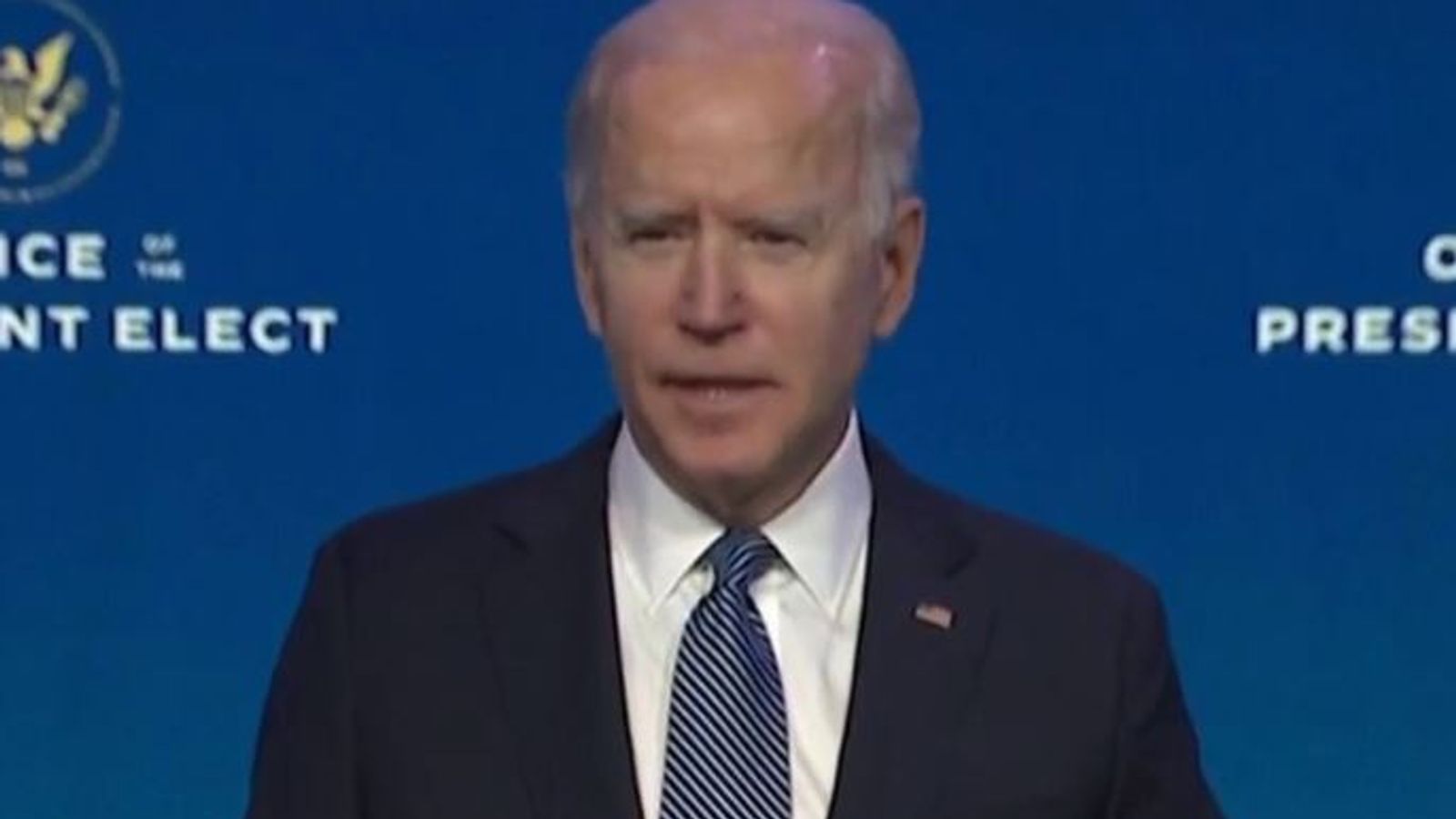 America’s president-elect has condemned Donald Trump’s behaviour and called those who stormed the US Capitol “domestic terrorists”.

He said yesterday’s events were an “assault on our liberty” and speaking about the demonstrators, he said: “Don’t dare call them protesters – they were a riotous mob, insurrectionists.”

Turning his attention to Donald Trump, he said the president had “unleashed an all-out assault on our institutions of democracy – and yesterday was the culmination”.

He said it had been the “darkest day in the history of our nation”.