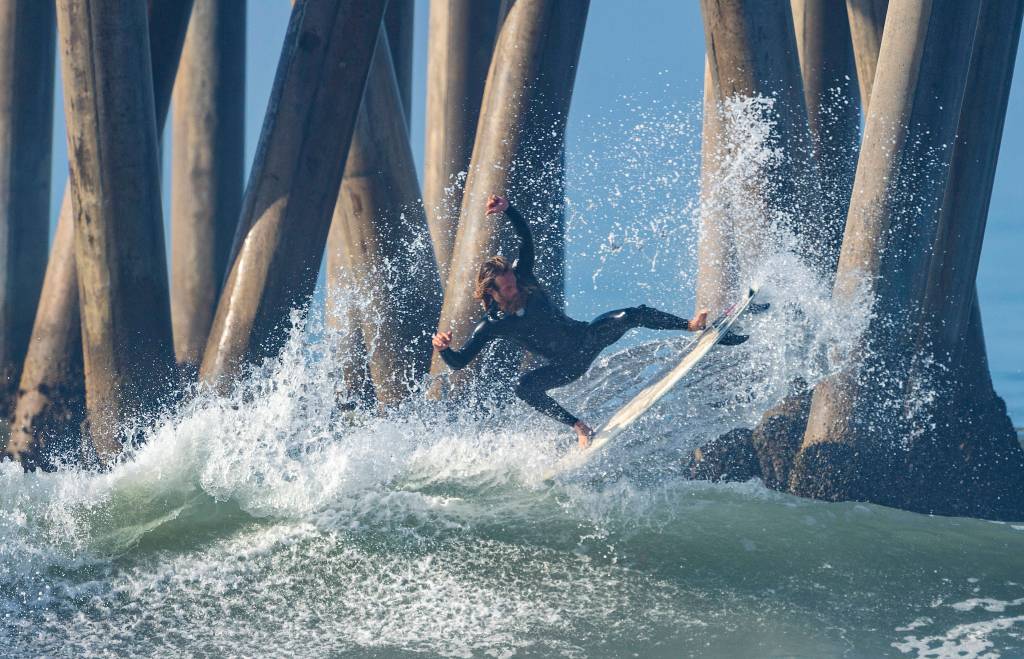 The National Weather Service extended its high-surf advisory, which was due to expire early Wednesday, Jan. 6, as another swell showed up on the radar promising more west-northwest swells from Thursday night through Saturday.

The high-surf advisory will be in effect until at least 6 p.m. on Saturday, though forecasts show strong surf again into next week.

Orange County is expected to get 4- foot to 7-foot surf from Thursday evening through Saturday, according to the advisory. The Los Angeles area could be even bigger, with 5-foot to 8-foot surf and sets up to 10 feet along west and northwest-facing beaches.

“There is an increased risk of drowning. There will be dangerous rip currents – they can pull swimmers and surfers out to sea. Large breaking waves can cause injury, wash people off beaches and rocks, and capsize small boats near shore,” the advisory warns.

“Remain out of the water due to dangerous surf conditions, or stay near occupied lifeguard towers. Stay off rock jetties as they can be deadly in such conditions when waves break over them.”

A high tide of 5.9 feet for Saturday morning could spell trouble, with low-laying areas at flood risk when strong surf and high tide combine.