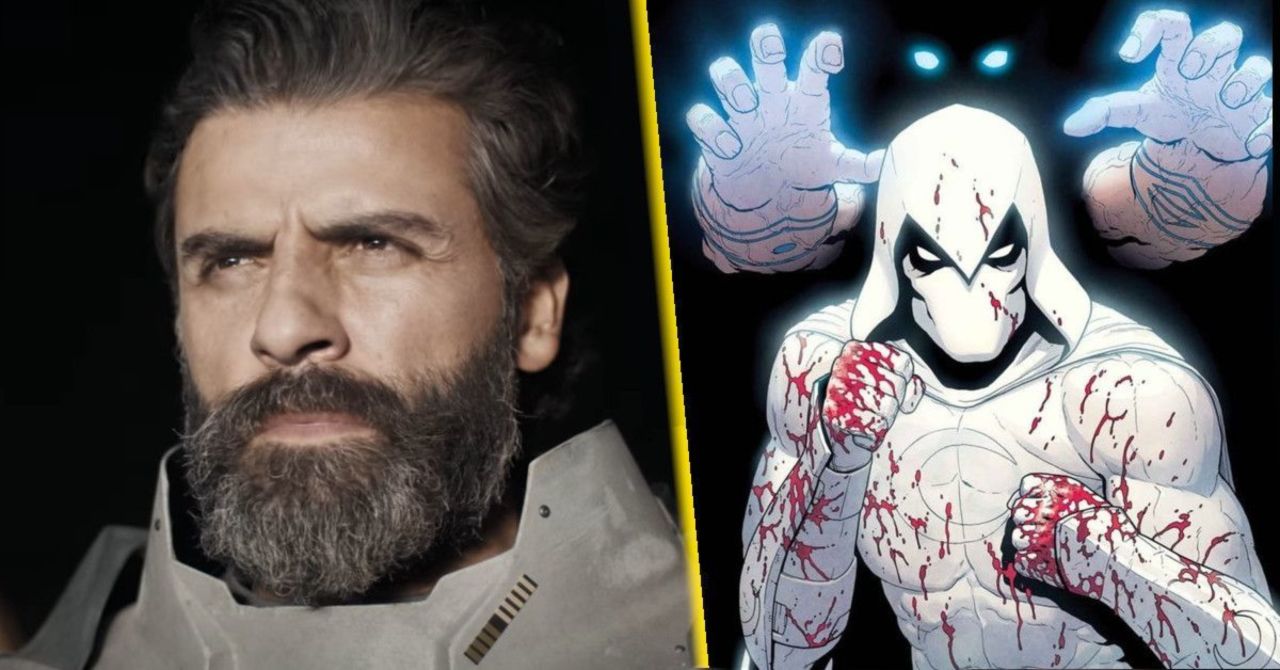 Canadian cinematographer Gregory Middleton took to Instagram today to not only reveal his involvement in Marvel Studios’ upcoming Moon Knight series for Disney+ but also seemingly confirm that Oscar Isaac has been tapped to take on the role of the tituler hero. In a post on Instagram, featuring the official logo and an image of the character from Marvel Comics, Middleton confirmed both pieces of news while also geo-tagging his post with Budapest, Hungary, the previously reported filming location for the show. Middleton’s previous credits as a cinematographer includes HBO’s Watchmen and Game of Thrones, plus a couple of episodes of Superman series Smallville.

“Well the secret is out,” Middleton wrote. “It’s an honor to be a part of introducing a new character to the MCU #MoonKnight. Who says cinematographers worry about white costumes! … not if they are complex characters played by an amazing performer like @officialoscarrisaac. Thank you director Mohamed Diab and the #mcu for inviting me aboard.”

Isaac had previously been linked to the role in the press but was not confirmed to be in the part by Marvel Studios during Disney Investor Day unlike Ms. Marvel star Iman Vellani and She-Hulk star Tatiana Maslany. It’s possible that negotiations with the Star Wars actor are still ongoing and that the ink just hasn’t been dried, making an official announcement still unavailable.

Previously described by Marvel President Kevin Feige as an “Indiana Jones” like adventure, Marvel has confirmed that the series will be directed by Mohamed Diab. The official description for the series confirms that Marc Spector’s specific alternate personalities will be their own characters in the show, in full it reads: “The Marvel Studios original series for Disney+ centers on the character Marc Spector aka Moon Knight, a complex vigilante who suffers from dissociative identity disorder. These multiple identities who live inside him are distinct characters in the series and will appear against a backdrop of Egyptian iconography.”

Moon Knight could be the first Marvel Studios project that dives into heavier content considering the character was typically aimed towards older comic book audiences. While that does not necessarily mean the show will be R-rated, especially considering it’s coming to Disney+, Blade star Mahershala Ali has recently suggested the Kevin Feige-led studio will go to darker places as it moves on from Avengers: Endgame.

It was previously announced that production on Moon Knight is going to place Budapest in early 2021. No premiere date or window was announced during Disney Investor Day.