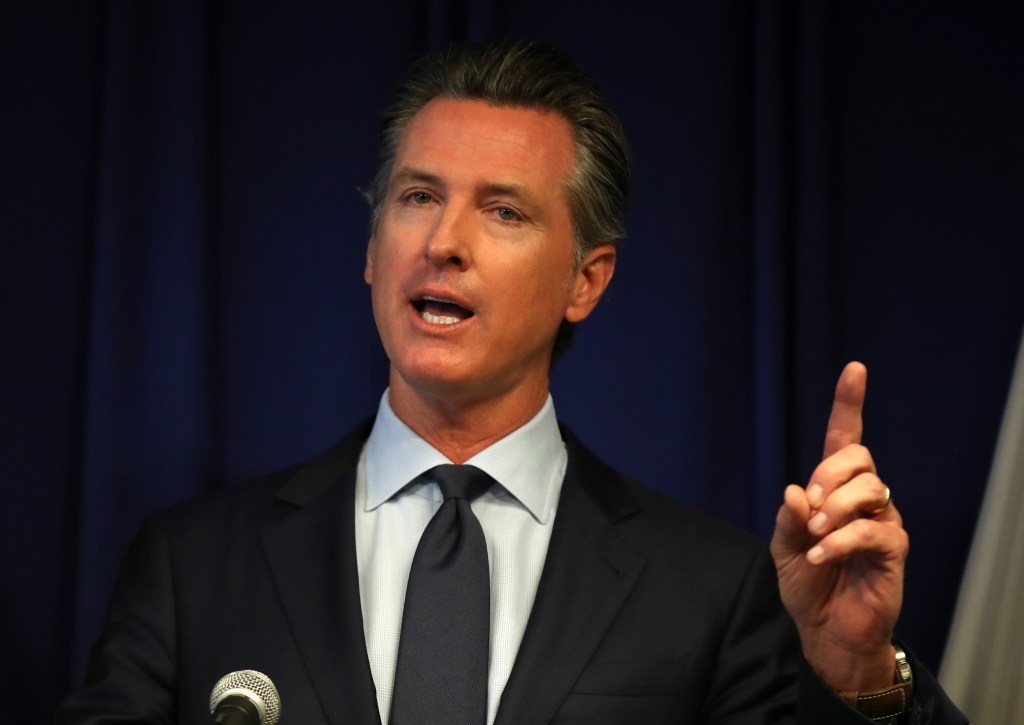 Six months ago Gov. Gavin Newsom was bemoaning the reversal of the Golden State’s fortunes as his stay-home order to slow spread of the deadly coronavirus had helped turn a projected $5.6 billion surplus into a $54.3 billion shortfall.

Although the pandemic crisis is far worse than it was then, with hospitals stretched to the breaking point to care for those critically ill with COVID-19, the state’s coffers not only didn’t drain as expected but are again overflowing with millions of extra dollars.

Newsom said Friday the state now has a $15 billion surplus, and expects to have a record $22 billion in reserves.

“My, has so much changed,” Newsom said. “We are in a much better position than anyone could have imagined eight months ago.

The projected surplus however is followed in subsequent years by anticipated annual deficits of around $10 billion over the following three years. It’s also less than the $26 billion the Legislative Analyst’s Office had estimated in November.

“Our future is very, very, very tenuous,” Newsom said. “So prudence, fiscal discipline, maintaining those frameworks is I think what this moment calls for.”

The $227.2 billion fiscal blueprint includes what Newsom referred to as a $5 billion “immediate action plan”:

The budget also calls for:

The budget assumes $6.7 billion in anticipated federal support from the coronavirus relief package recently approved by Congress, though Newsom stressed his office did not have the details when his budget went to press.

Republican leaders, whose party holds too few seats in the Legislature to hold much sway over the final budget to be approved in June, urged the Governor to not only devote some of the money to his effort to reopen schools, but to help students with mental health needs from the isolation of online “distance learning.”

Republicans also said 10% of the windfall should go toward helping businesses that have suffered from the stay-home orders, and that other funds should be spent fixing problems with the state’s Employment Development Department, which handles unemployment benefits.

“Over the past ten months, the Governor’s shutdowns and COVID-19 challenges have made it difficult for millions of Californians,” said Senate Republican Leader Shannon Grove (R-Bakersfield) and Senator Jim Nielsen (R-Tehama), vice chair of the Senate Budget and Fiscal Review Committee, in a joint statement before the budget announcement.

They said more than 19,000 small businesses have already closed their doors for good and with them are countless families who depended on that income to pay for food, housing and other necessities.

The embattled department has suspended payments for more than 1 million unemployment claims in response to widening fraud woes, a fresh blow to California workers who lost their jobs amid coronavirus-linked business shutdowns.

The projected shortfall last May was nearly as much as the $57.1 billion California had spent the year before on K-12 schools and community colleges, and approached the $60 billion shortfall faced in 2009 with the Great Recession.

The projected deficit included a $41.2 billion drop in revenue and $7.1 billion in increased health services costs for dealing with the virus pandemic.

The single biggest step toward closing the projected gap was $14 billion worth in potential cuts to K12 schools and colleges and to state employee compensation that would be “triggered” if the federal government didn’t provide additional aid beyond the $2 trillion stimulus last March. But Newsom agreed to avoid teacher layoffs in the final budget approved last June.