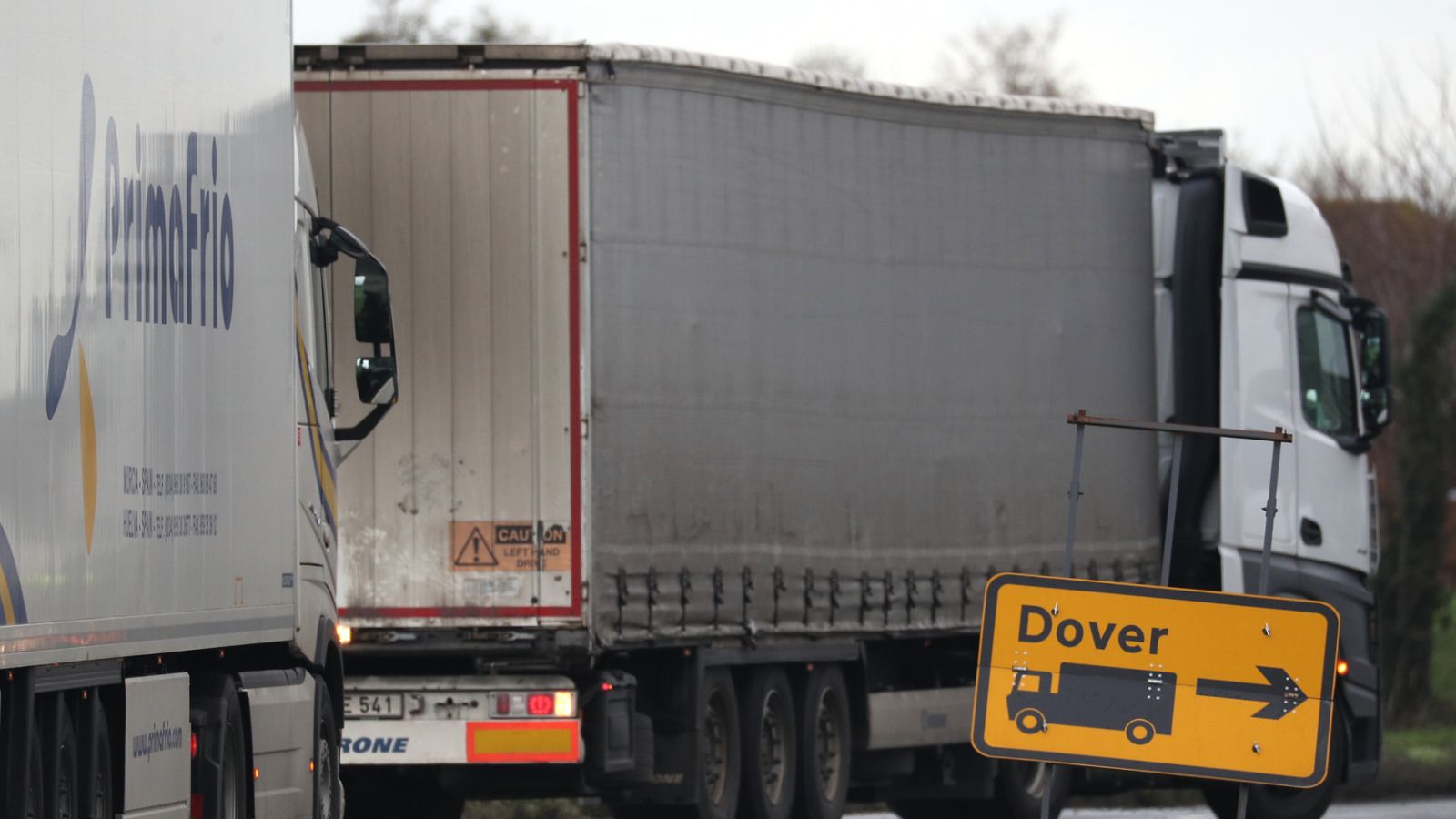 A “high volume” of lorries are being delayed and refused entry at ports including Dover due to “incorrect paperwork” following Brexit, a shipping company has said.

One week into the new arrangements, disruption has begun to be felt from Britain leaving the EU’s customs union and single market and operating on new trade terms with the bloc.

The UK officially left the bloc at the end of January 2020 – but continued to operate on the same trade terms until the end of the year.

A last-minute deal struck between Downing Street and Brussels on Christmas Eve meant businesses had little time to prepare for the specific terms they would be bound by for exporting – though the government warned for months there would be change of some kind.

DFDS, one of the busiest shipping companies in Europe, issued a warning to drivers on Friday that many vehicles are being held up or turned away from Dover in Kent and Calais and Dunkirk in France.

In a message on Twitter, it said: “We are experiencing a high volume of vehicles being refused and delayed at the Ports of Calais, Dunkerque and Dover, due to incorrect paperwork being presented at check-in.”

The delays are already having a knock-on effect on businesses.

Scotland harvests vast quantities of langoustines, scallops, oysters, lobsters and mussels which are rushed by truck to grace the tables of European diners in Paris, Brussels and Madrid.

But with new systems of bureaucracy and just a week to adjust to them, the quick transportation of those goods that means they can land in French shops just over a day after they were harvested has slowed.

“Our customers are pulling out,” said Santiago Buesa of SB Fish – a firm based in Troon, South Ayrshire.

“We are fresh product and the customers expect to have it fresh, so they’re not buying. It’s a catastrophe.”

David Noble, whose Aegirfish company buys from Scottish fleets to export to Europe, said he would have to pay £500-£600 every day for paperwork, wiping out most profit.

“I’m questioning whether to carry on,” he said. “If our fish is too expensive our customers will buy elsewhere.”

In Ireland, the country’s tax authority has temporarily eased customs arrangements after some trucks were unable to deliver goods from Britain – with several denied boarding at Holyhead port in Wales.

“It is clear that many were not as prepared as they thought or significantly underestimated what was involved in being Brexit-ready,” said a spokeswoman for Ireland’s Revenue Commissioners

It was also revealed this week that more than 50 British retailers, including M&S, face potential tariffs for re-exporting goods to the EU.

The supermarket warned “very complex administrative processes” will “significantly impact” its businesses in Ireland, the Czech Republic and franchises in France.

Prime Minister Boris Johnson’s trade deal was meant to provide zero-tariff and zero-quota access to the bloc’s single market but it has emerged that goods sourced from outside – or even inside – the EU that are brought into the UK and then re-exported to the EU can attract a tariff under the rules of origin.

Hold-ups at Dover are unrelated to the travel chaos that occurred there in the run up to the new year, when France introduced a travel ban that partially included freight.