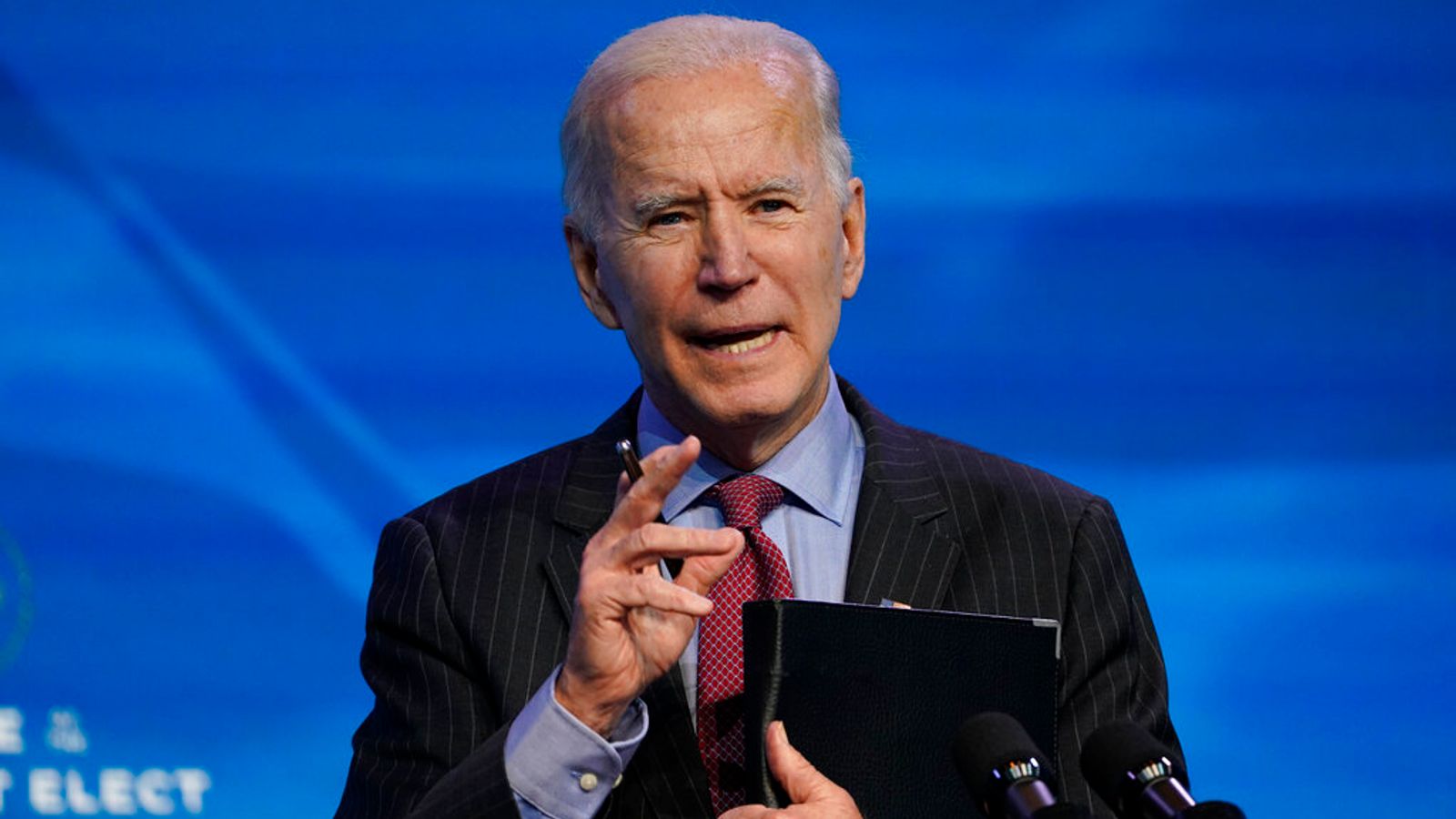 Donald Trump is the “most incompetent president in the history of the United States of America”, president-elect Joe Biden has said.

Responding to the US president’s announcement that he would not be going to the inauguration, Mr Biden said it was a “good thing”.

He said it was one of a few things he and the incumbent president agreed on, before saying Mr Trump had “embarrassed” the US around the world and was “not fit to serve”.

“He has exceeded even my worst notions about him,” said Mr Biden.

The president-elect had earlier said those responsible for the death of a police officer in the Capitol building should be held accountable.

Brian Sicknick died from the injuries he suffered when Trump supporters stormed Congress.

A total of five people died due to the chaos.

Mr Trump tweeted earlier to say he would not be going to Mr Biden’s inauguration.

He wrote: “To all of those who have asked, I will not be going to the Inauguration on January 20th.”

Mr Trump is expected to travel to his Florida resort ahead of the event, according to a source.

Messy Divorces and Dishy Lawsuits: Season 2 of ‘My Unorthodox Life’ Will Have It All
Councils paying millions more for temporary accommodation in social housing shortage
Multiple People Fatally Shot at a Walmart in Virginia
Energy firms accused of ‘failings across the board’ ahead of ‘very challenging winter’
‘Another blatant example of double standards’: Qatar reviews investments in London after ad ban