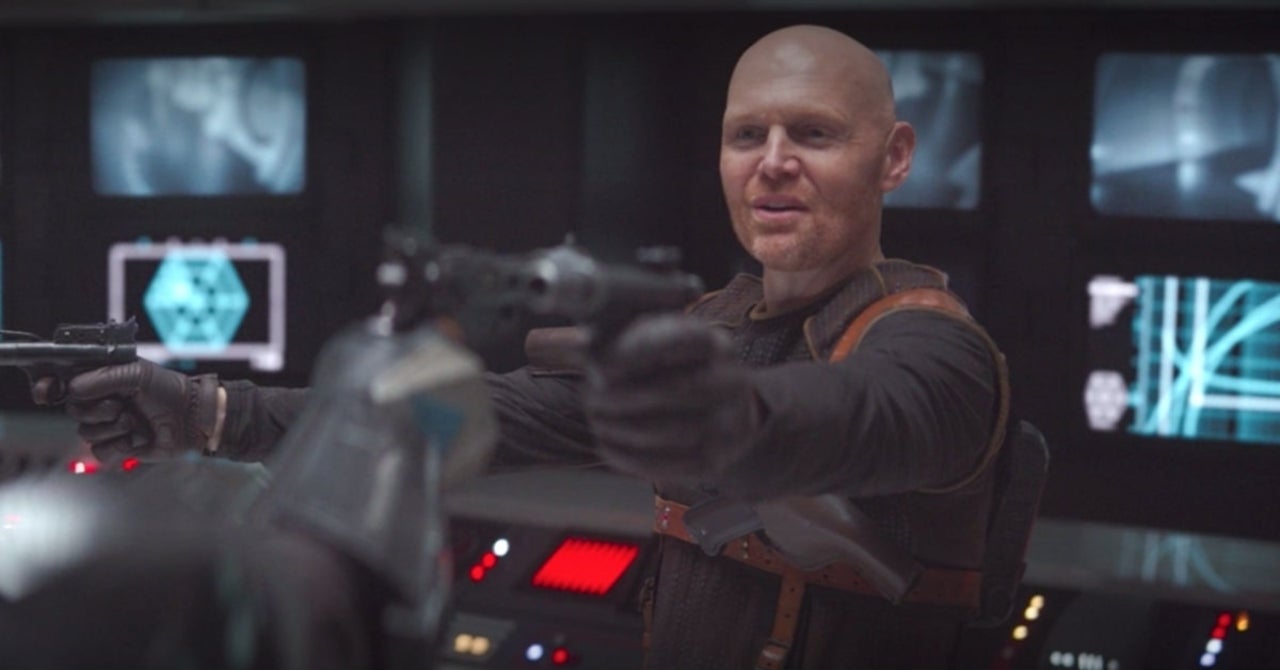 The second season of Star Wars: The Mandalorian ended last month and set up some upcoming spin-off series like The Book of Boba Fett and Star Wars: Rangers of the New Republic. Many have wondered if the latter will include Bill Burr (Migs Mayfeld) after his character returned in Season Two and redeemed himself, getting set free by Cara Dune (Gina Carano). While Mayfeld may be a lovable Star Wars character, Burr isn’t exactly the world’s biggest Star Wars fan. In fact, he recently talked about the series on his show, The Bill Bert Podcast, and revealed he hasn’t even finished Season One.

“It’s about Boba Fett and Baby Yoda, right?,” Bert Kreischer asks. “Uh, I haven’t really watched it,” Burr admits while laughing. “I was hoping you weren’t gonna ask me that. It’s my list of sh*t to watch. I was gonna try, I was gonna try! I know, I’m embarrassed now. I’m gonna watch it. I watched most of the first season – I just, you know, it came out during the holidays.”

While Burr clearly has no idea what’s going on in the show, he did praise creator Jon Favreau. “You got a guy who’s a huge fan of it who knows how to write and direct. He gets to make it the way he sort of envisions it and, amazingly, how he sees it is how a lot of the Star Wars fans wanted to see it, I guess,” Burr explained. The comedian added that finales normally get a lot of hate, but The Mandalorian received a “standing ovation.” You can watch the clip in the post below:

Before the show’s first season, Burr told The Rich Eisen Show how Favreau convinced him to be on the show.

“I’ve never been a sci-fi [guy]. I like Blade Runner. There was a movie that Sam Rockwell did called Moon. I was never into the Star Wars thing, by the time I saw it I was too old, Ewoks and stuff. I wanted to see Fast Times At Ridgemont High, so I missed the boat,” Burr explained. “I ran into Jon somewhere, hanging with Mike Binder. I should start giving that guy a commission. [Jon Favreau says to Bill] ‘I’m doing this Star Wars thing do you want to do something?’ and I’m like ‘I don’t know, I’m kind of always making fun of it.’ And he goes ‘I think it would be funny, I think your fans would get a kick out of the fact you’re in it.’ And I went in there and they’re shooting it like a Spaghetti Western and I was like immediately so psyched to be apart of it.”

Star Wars: The Mandalorian is streaming on Disney+.