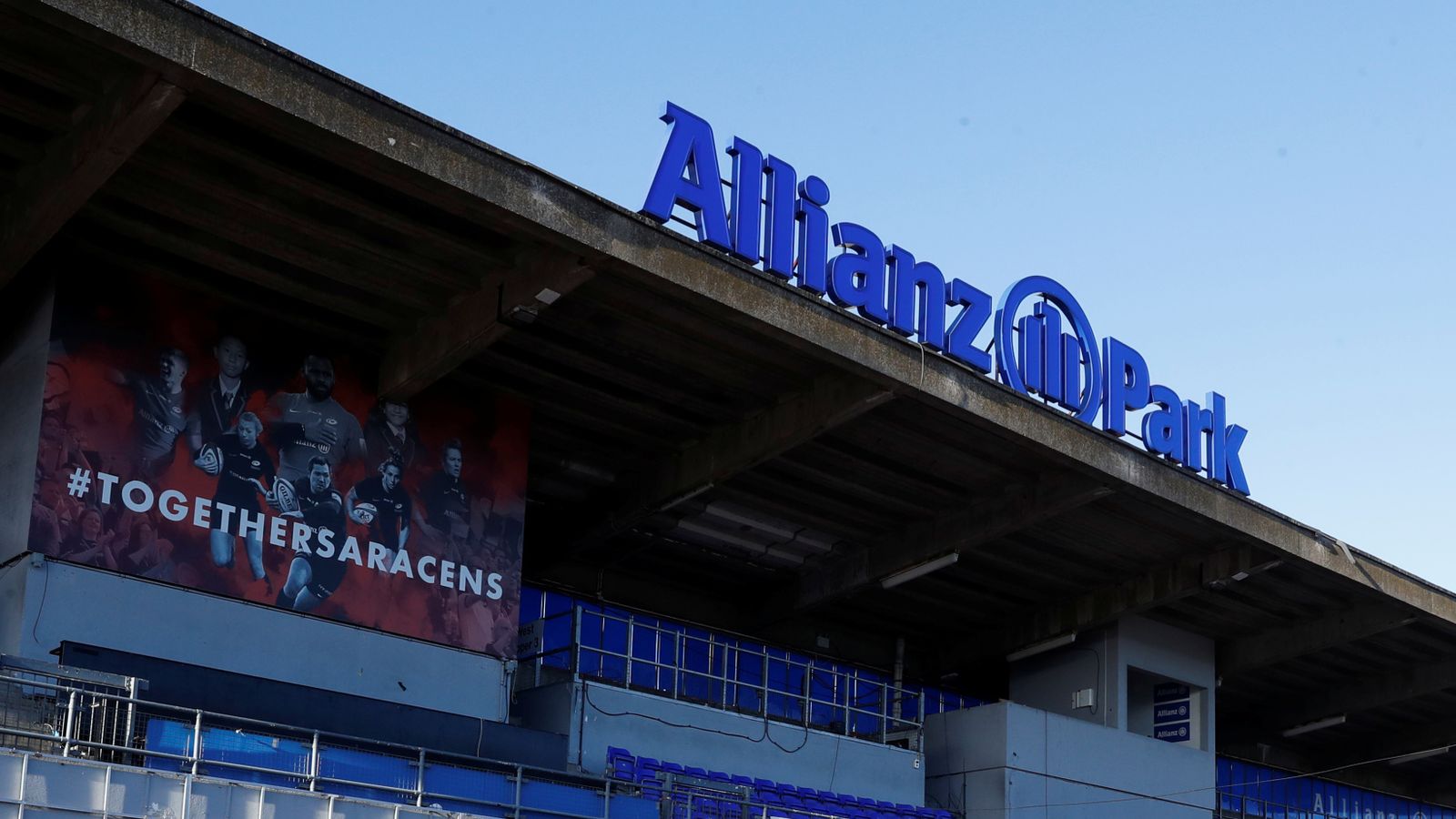 Sky News has learnt that Saracens will this weekend unveil a multimillion pound long-term naming rights and kit sponsorship with StoneX, a global financial services group and owner of the British spread-betting firm City Index.

The agreement, which will be formally announced on Sunday, will come as the former European and Premiership champions return to action after a three-month break.

Saracens’ home ground is to be renamed the StoneX Stadium nearly eight years after it was branded Allianz Park following a deal with the German insurance giant.

The City Index name, meanwhile, will adorn the shirts of players such as the England stars Owen Farrell and Maro Itoje, as well as the club’s hugely successful women’s team.

Sources close to the agreement said that Saracens had confounded expectations after a torrid 12 months and secured an increase in the value of its combined stadium and shirt sponsorship rights.

Allianz ended its association with the club after the salary cap scandal engulfed it exactly a year ago.

An industry insider described the new deal as marking “an impressive turnaround” given the club’s reputational crisis and the impact of the COVID-19 outbreak on professional sport since early last year.

“The partnership is a record breaking one for Saracens and UK professional rugby,” they added.

Like other elite leagues and sport governing bodies, Premiership Rugby, which is backed by the private equity firm CVC Capital Partners, has seen its financial assumptions hit by the pandemic.

There remains chronic uncertainty about the timing and status of myriad international sporting events this year, despite the widening distribution of several coronavirus vaccines around the world.

Dick Pound, the veteran International Olympic Committee member, this week cast doubt on whether the rescheduled Tokyo Games would take place this summer, while in England, there are growing questions about the continuation of major professional sports during the third national lockdown.

Sponsors and broadcasters have agreed substantial rebates across numerous sports as a result of the disruption caused by COVID-19.

For Saracens, it is not only the pandemic that has hurt the club financially.

Last year, it was relegated to the Championship after being fined £5m and deducted 35 Premiership points after being found guilty of persistent breaches of the league’s salary cap – a rule imposed to prevent richer clubs gaining an unfair advantage over rivals.

Nigel Wray, the property tycoon who has owned Saracens since 1995, is now considering approaches from external investors that would see his stake in the club reduced, according to people close to the situation.

Saracens has remained a shareholder in Premiership Rugby Limited despite its relegation, and will kick off its bid to return to the top flight when the Championship season gets underway in March.

Speaking to Sky News, Philip Smith, Nasdaq-listed StoneX’s chief executive for the EMEA and Asia regions, said the company was “confident that this close partnership can and will deliver enormous benefits to us, our clients and our corporate branding.

“We share the Saracens core values; their determination, ambition and drive,” he added.

“Last year was a challenging year for professional sport and knowing the club as we do, we definitely share the Saracens’ commitment to their employees, their players and their extensive fan base, as we are equally committed to our clients.”

A Saracens spokeswoman said the club was “delighted” to have found new commercial partners, adding that further details would be confirmed on Sunday.