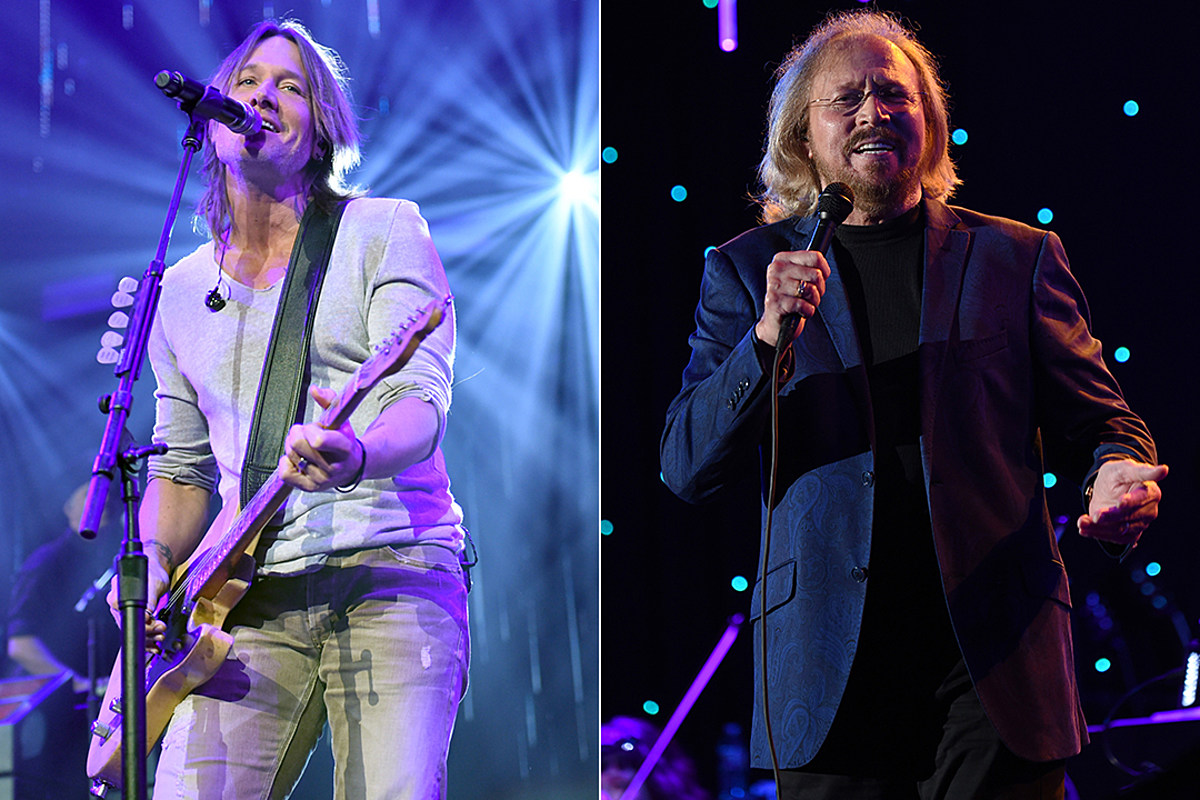 Barry Gibb and Keith Urban meet on a cinematic rendition of the Bee Gees’ hit “I’ve Gotta Get a Message to You.” The song is one of a dozen new collaborations between the sole living Gibb brother and country, Americana and bluegrass artists.

Urban’s voice is the first to greet listeners in this new version of the ’60s hit, his tender vocals layered with a studio ensemble of piano and light strings. Together, the pair tell the story of a man awaiting execution who wants to send one more message to his wife before he leaves this earth.

Written by Gibb and his brothers Robin and Maurice, “I’ve Gotta Get a Message to You” was released in 1968 and hit No. 1 in several countries, giving the Bee Gees their first Top 10 hit in the U.S. when it peaked at No. 8 on the Billboard Hot 100.

In addition to Urban, featured on Gibb’s new collaborations album Greenfields are Dolly Parton – who recorded the iconic Bee Gees-penned “Islands in the Stream” with Kenny Rogers and joins Gibb for “Words” – Miranda Lambert (“Jive Talkin‘”) and Little Big Town (“Lonely Days), among others. Gibb says that after being introduced to modern country music, he knew he’d found his new musical home.

“I just felt that country music was really what was inside me. [My son, Steven Gibb] played me a Chris Stapleton track, and it just destroyed me,” he shares with Entertainment Weekly. “I thought, ‘This is where I belong. This is a new era, and I’m no longer that other person. I can now follow what I love the most, which is real songs, country songs, bluegrass songs — I just love ’em. It’s time to do what I love and not what everyone asks me to do.'”

Hogwarts Legacy Sparks Speculation About First Transgender Harry Potter Character
Broadway‘s ‘Room’: First-Look Video And Photo Of Adrienne Warren In Stage Adaptation Of Acclaimed Novel And Film
A Monterey Park kung fu school had a safe space at a revered dance studio. Then came the mass shooting
‘The Last of Us’ Is Just the Beginning of Hollywood’s Big Video Game Gamble
A look at California’s mountain lions