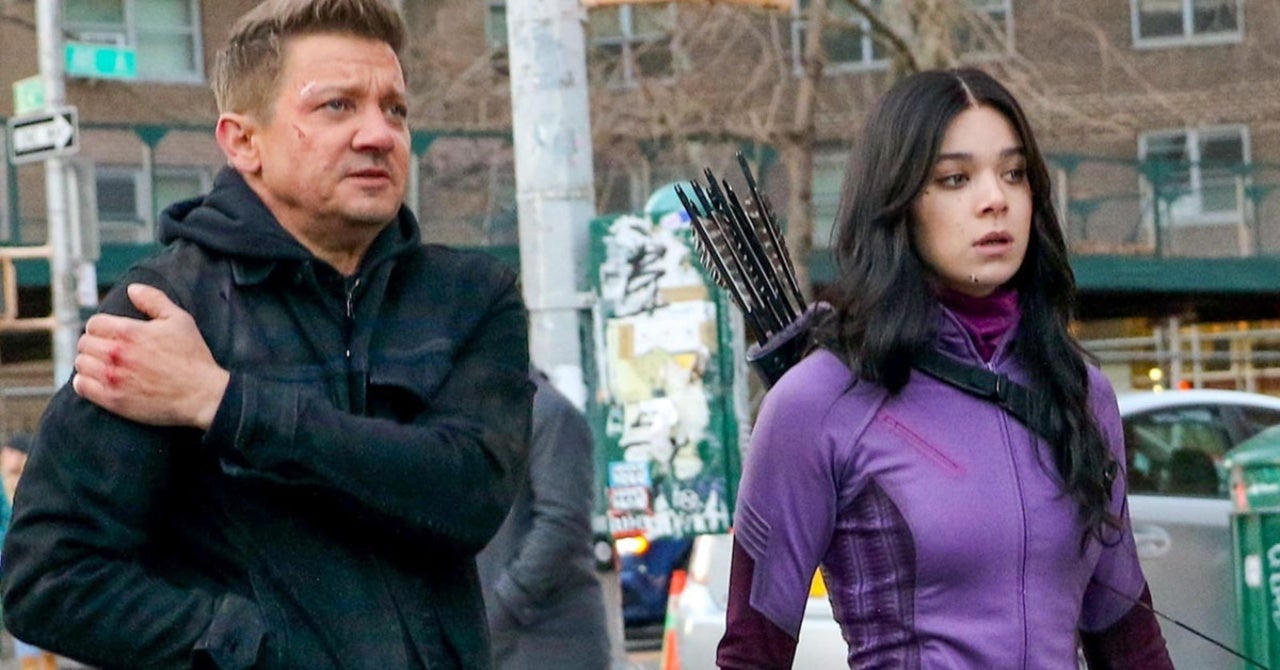 One of the worst-kept secrets in the history of the Marvel Cinematic Universe was the casting of Hailee Steinfeld as beloved Marvel archer Kate Bishop. Though trade reports revealed her casting and subsequently came out to say it wasn’t a done deal, it turns out Steinfeld was Marvel’s choice all along. In fact, the official word didn’t come across until Disney’s Investor Day in early December, days after Steinfeld had been captured alongside Jeremy Renner in paparazzi photos from the New York-based set. According to Steinfeld, the 2020 quarantine made it much easier to keep the casting a secret in the lead-up to principal photography.

“I guess in a way, it was kind of a blessing in disguise that I didn’t and couldn’t be around a lot of people, cause that was a hard one to keep to myself,” the actor told PEOPLE on the press tour for Apple’s Dickinson. “I am so honored to be a part of this family that is the MCU.”

Last year, Steinfeld said in an interview she’s still trying to developing the role, calling her take on Bishop “badass.”

“I’m just so excited. As I’m in the process of developing her, I’m working with some incredible filmmakers that are helping me bring her to life,” she told Entertainment Tonight last year.

“I can’t wait for people just to see how we are interpreting this character through the comics and in her own sort of ways. She’s such a badass, there’s no denying that,” Steinfeld added. “She’s so smart and witty and quick and her physical ability to do so many things is through the roof. It’s really tested me and it’s kept me going through quarantine, I will say, it’s given me a reason to stay with it. But I’m very excited as I continue developing her to see sort of how we come up with it all.”

When we spoke with Hawkeye producer Trinh Tran last year, she reminded us that shows on Disney+ will have the same cinematic feel as Marvel Studios’ theatrical releases.

“They’re both Hawkeyes in a way, right?” Tran previously told ComicBook.com. “So you want to make sure… I’m always interested in introducing new characters. And now we have a fascinating young female who is very interested in this role. So you’re going to see a balance of both.”

Hawkeye has yet to get a release date.

What other characters do you want to see pop up in Hawkeye? Let us know your thoughts in the comments section!