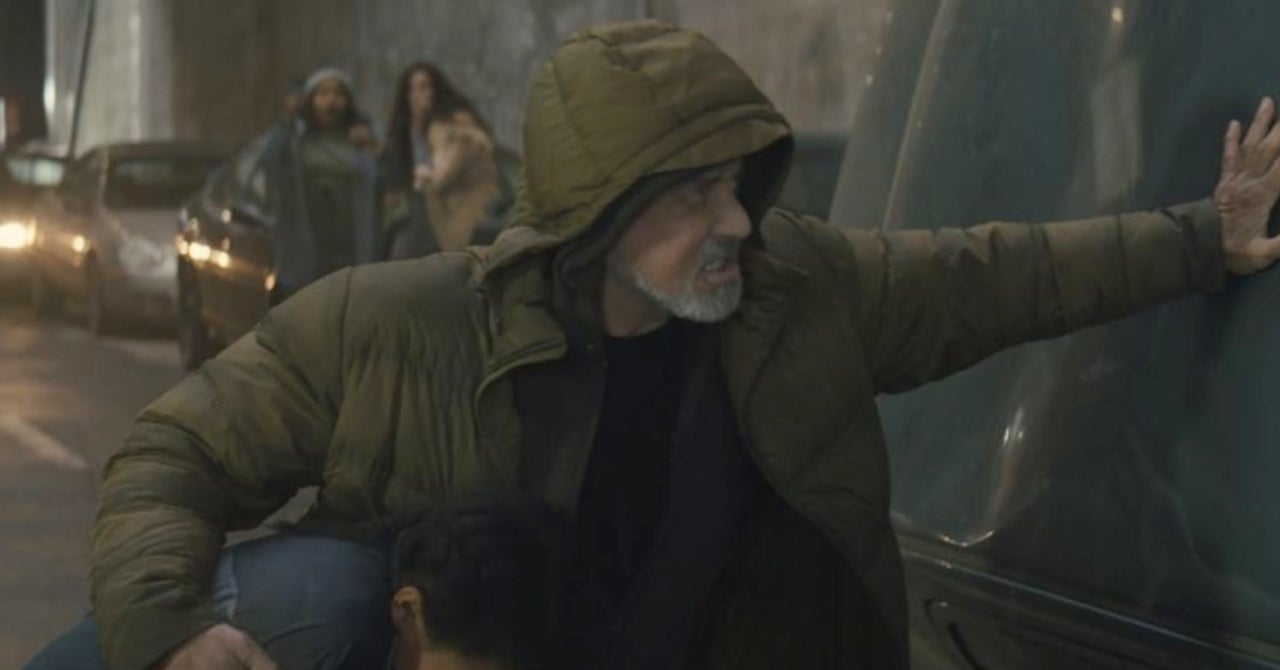 From Rambo to Rocky to Guardians of the Galaxy, Sylvester Stallone has developed a unique reputation in the action movie landscape. Sometime this year, audiences will get to see Stallone flex his muscles in an unexpected way, as he portrays a superhero in the new film Samaritan. Fans of the iconic actor have been eager to see exactly what the film will bring, especially as its tumultuous production was briefly affected by the COVID-19 pandemic. A recent issue of Total Film showcases the first official look at the film, with a photo of Stallone’s character using his super strength to protect a civilian.

In Samaritan, a young boy (played by Javon “Wanna” Walton) comes to the realization that a famed superhero (played by Stallone), who was thought to have gone missing after an epic battle twenty years ago, may in fact still be around.

“We didn’t really have superheroes,” Samaritan director Julius Avery (Overlord, Son Of A Gun) explained of growing up in the 1980s. “We only had action heroes. And Sly was the closest thing we had to a superhero. So to put him in a superhero movie? That feels fresh and cool and something that people will get a kick out of.”

While Avery says the concept of the film will be deeply rooted in humanity, it will include a lot of bombastic action and epic moments, especially on behalf of Stallone.

“This is a big event movie – we see our heroes kicking ass,” Avery confirmed. “We’re going to see Sly do things he hasn’t done in a long time, and in a really inventive way. He’s 73 years old! I’m amazed by how much he actually does. I’m telling you, most guys in their twenties wouldn’t be able to do what Sly does in this movie.”

What do you think of the first look at Samaritan? Share your thoughts with us in the comments below!