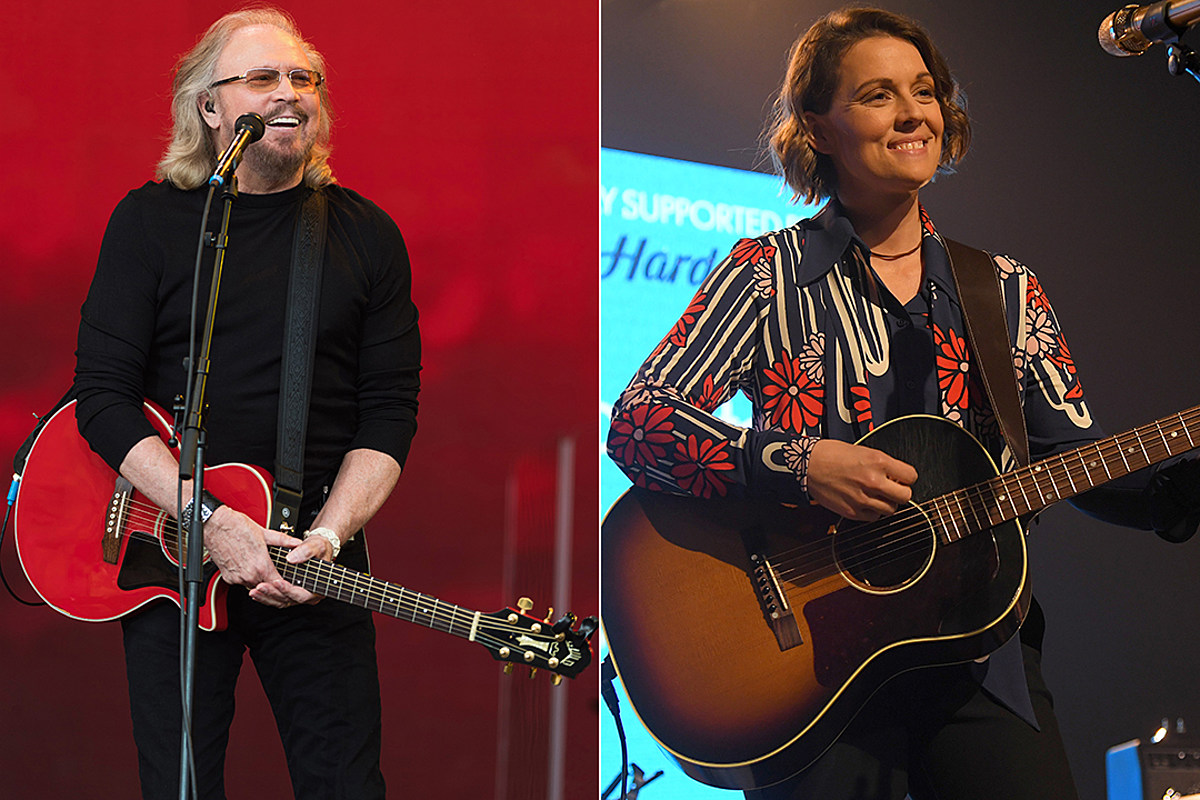 Barry Gibb stays in the cinematic lane with Brandi Carlile on a reimagination of the Bee Gees classic “Run to Me.” The two trade dreamy vocals on the romantic song, re-recorded for Gibb’s new country collaborations album, Greenfields.

Carlile and Gibb’s “Run to Me” is drizzled with beautiful harmonies. The twosome honor the original version of the song, with Gibb taking lead vocals on the verses while Carlile fills in for the late Robin Gibb, who sang the choruses.

With a piano and soft orchestra supporting them, the powerhouse singers capture the song’s essence as they proclaim, “Run to me whenever you’re lonely (to love me) / Run to me if you need a shoulder / Now and then you need someone older / So, darling, you run to me.”

“Run to Me” was the lead single from the Bee Gees’ 1972 album To Whom It May Concern. It was co-written by the Gibb brothers — Barry, Maurice and Robin — and reached the Top 20 on the Billboard Hot 100 chart.

Recorded at historic RCA Studio A with Grammy Award-winning producer Dave Cobb at the helm, Greenfields finds Gibb re-introducing several of the Bee Gees’ biggest hits with the help of Miranda Lambert, Dolly Parton, Keith Urban, Jason Isbell and more. ”It’s all the people I dreamed of working with in country music,” Gibb remarks in an album trailer about “some of the greatest country artists I’ve ever known.”

“I tried to choose all of the people I admired the most,” he adds. “I’m a collaborator, I’m a bluegrass artist, I’m a country artist, a songwriter, and I don’t care what anyone else calls me.”