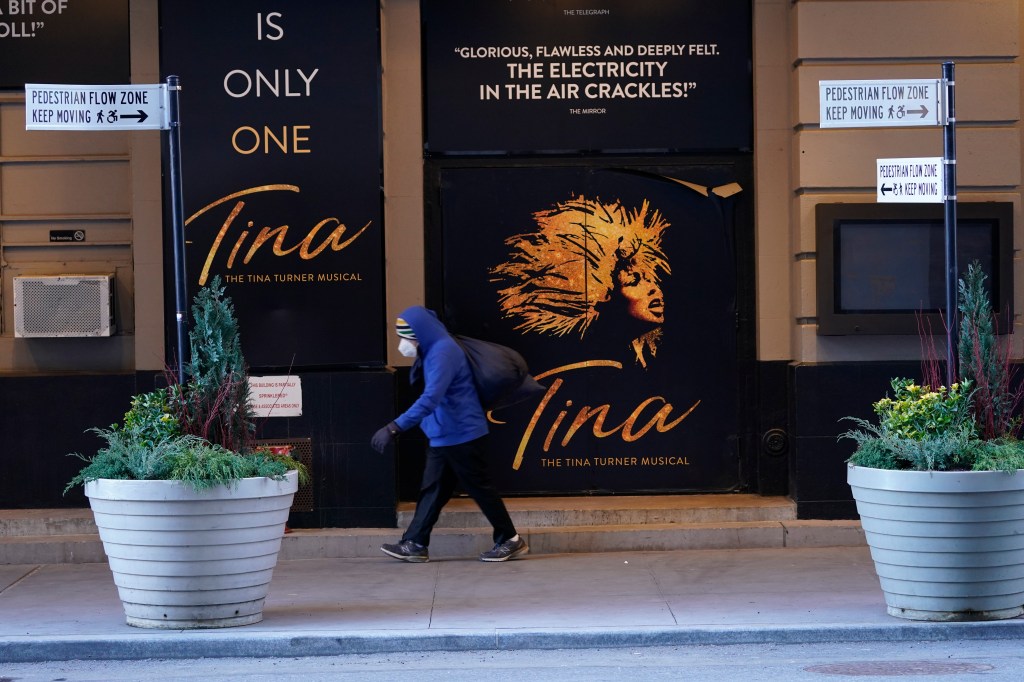 Nationwide Covid surges and a disappointingly slow vaccine rollout notwithstanding, Dr. Anthony S. Fauci reiterated over the weekend his belief that live theater venues could reopen during fall 2021.

Participating in a virtual conference held Saturday by the Association of Performing Arts Professionals, Fauci said that, depending on the vaccine rollout, the reopening of live venues “will occur some time in the fall of 2021.”

By the “early to mid-fall,” the infectious disease expert said, “you can have people feeling safe performing onstage as well as people in the audience.”

Fauci’s comments were consistent with statements he made early last month, when he told NBC that a vaccine rollout this spring and early summer could allow Broadway to reopen its stages by late summer or early fall.

As he noted in December, though, the possible reopenings will depend on widespread vaccinations. He said Saturday that an effective level of herd immunity would mean that 70 percent to 85 percent of the population had received vaccines. Fauci cautioned, however, that audiences can expect to continue wearing masks for the immediate future, and that venues might consider requiring audience members to show proof of negative Covid test results.

Poco X5 Pro 5G Price in India Leaked, Could Launch on February 6: Report
Watch An 8-Year-Old LeAnn Rimes Show Off Her Impressive Vocals On Star Search
Lil Yachty Says ‘I Love You’ Too Fast and Ruins the Vibe in ‘Say Something’ Video
Speakers call for overhaul of All-Party Parliamentary Groups
Regal Parent Cineworld Has Reached Out To 30 Potential Buyers As It Pursues Sale; Initial Bids Due Next Month