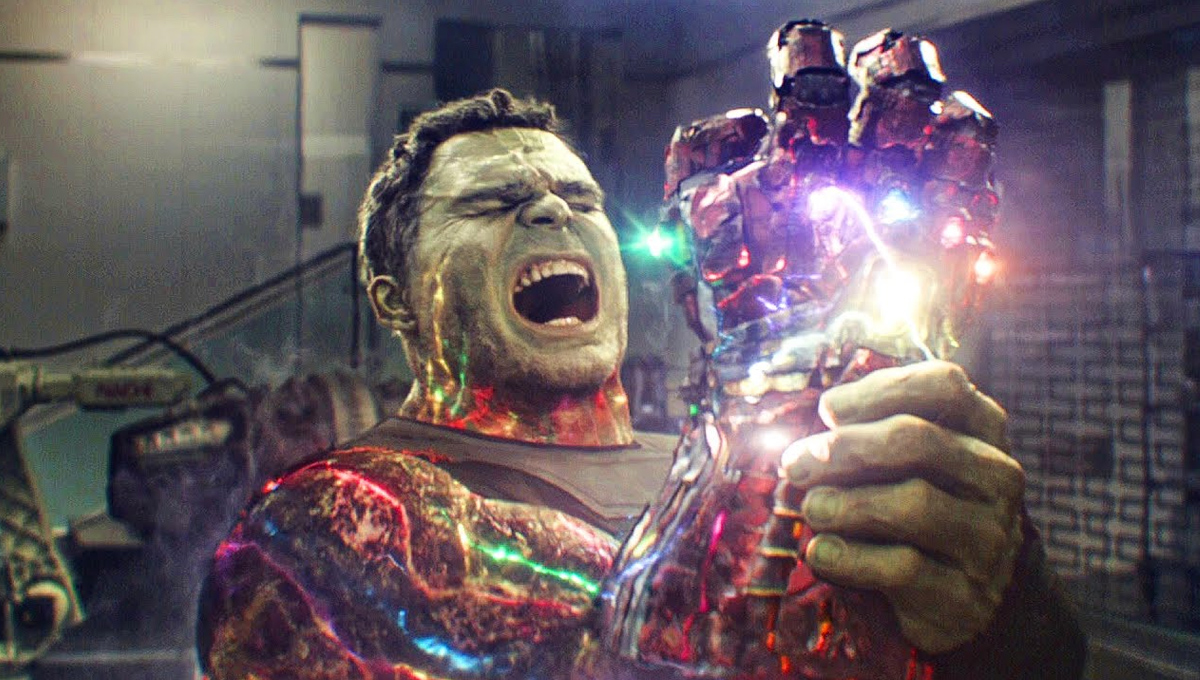 The Marvel Cinematic Universe has been besieged by supervillains, bombarded by extraterrestrial invaders and—in a deed so dastardly it’s unlikely to be topped—saw half the population of its entire universe dusted away. However, one thing that the continuity will not have to endure is the COVID-19 pandemic. Yet, that is not to say that that the MCU won’t be defined by the aftermath of a worldwide-affected tragedy going into its Phase Four slate of films and television shows.

Marvel Studios president Kevin Feige reveals to Variety that parallels to the pandemic are, coincidentally, planned to permeate throughout the MCU by way of “The Blip,” which was the collective term attributed to what occurred after Thanos’s universe-halving Infinity Gauntlet snap in Avengers: Infinity War and Bruce Banner/Hulk’s reversive snap—using Tony Stark’s Nano Gauntlet—in Avengers: Endgame. Feige discusses how Marvel’s pre-pandemic plans to weave the Blip and its fallout throughout the MCU was given a sad bit of serendipity by way of the ongoing real-world tragedy of the pandemic, which is currently closing in on 2 million deaths worldwide.

Feige—who will soon juggle involvement with a mysterious Star Wars movie—explains of the long-gestating post-Blip plans, “[A]bout a year and a half ago, as we were developing all these things—maybe two years ago, I don’t remember—I started to say the Blip, the Thanos event that radically changed everything between Infinity War and Endgame, that gave this global universal galactic experience to people, would only serve us so well, that we need to just keep looking ahead and keep going into new places.” Expressing initial reservations about the MCU possibly repeating itself, Feige goes on to say, “I was wary of it becoming like the Battle of New York, which was the third act of Avengers one, which ended up being referenced as an event kind of constantly, and some times better than others. I was wary of that.”

Indeed, the 11-year-spanning, unprecedentedly elaborate buildup to Avengers: Endgame was an investment ultimately rewarded by global audiences with a $2.8 billion take that made it the all-time box office topper. Seemingly, the only place to go after having reached such stratospheric heights is downward; something that made Feige hesitant about setting the next goal line of a universe-encompassing crisis (long-rumored to be an adaptation of iconic Marvel miniseries Secret Wars). Yet, as the pandemic ended up redefining the existence of just about everyone around the real world, its effect would naturally alter the context of Marvel’s post-Blip plans after numerous delays ended up pushing back the entire studio slate. Interestingly, the poetic parallels of the post-Blip MCU with the eventual pandemic were on display in advance back in 2019 with Scott Lang/Ant-Man’s visit to a massive memorial for snap victims in the beginning of Endgame and later that year in Spider-Man: Far from Home, in which expositional dialogue coined the very term, “The Blip,” revealing that Peter Parker (and most of his classmates), as part of the population of restored snap victims, has been retaking his junior year of high school five years later; a small example of the widespread surreal fallout we’ll eventually see throughout Phase Four.

“As we started getting into a global pandemic last March and April and May, we started to go, holy mackerel, the Blip this universal experience—this experience that affected every human on Earth—now has a direct parallel between what people who live in the MCU had encountered, and what all of us in the real world have encountered.” As Feige states, further explaining, “It has been quite interesting, as you will see, in a number of our upcoming projects, the parallels where it will very much seem like people are talking about the COVID pandemic. Within the context of the MCU, they’re talking about the Blip.”

This phenomenon will soon be exemplified when Phase Four of the MCU is ushered in by Disney+ series WandaVision (which premieres Friday, Jan. 15), representing a radical change from the studio’s original plan to have Scarlett Johansson-starring solo feature Black Widow kick things off in May 2020. Yet, the unconventional nature of both would-be Phase Four-launchers in Black Widow (a movie centered on a character who was last seen dead in Endgame) and WandaVision (a reality-altered TV series featuring a character in Vision who was killed in Infinity War and wasn’t restored by the Blip,) seemingly reflects Feige’s ambivalence about the MCU’s next steps, since they don’t seem destined to take any major continuity-defining steps for the overall franchise. In essence, they are safe starters for a Phase that is thus-far defined by uncertain logistical variables.

Nevertheless, Feige is ready to embrace the MCU’s impending accidental pandemic poeticism in a somber, but lemonade-out-of-lemons manner, stating, “[I]t really revitalized that notion [of the Blip] in a way that made it substantive. My nervousness was it just being an event that we reference constantly between things. I wanted it to have more meaning behind it. And if that meant leaving it behind and coming up with new things, that was it. Of course, we always come up with new things as well from the comics, but the real-world connotations are shockingly and somewhat depressingly relevant now between our worlds.”

Feige is obviously remaining mum on any further potential pandemic parallels as the MCU moves toward more immediately-imminent 2021 Phase Four offerings such as TV series The Falcon and the Winter Soldier (March 19), Sony-produced Spider-Man cold spinoff movie Morbius (March 19), the aforementioned Black Widow (May 7), TV series Loki (May) and Sony movie sequel Venom: Let There Be Carnage (June 25), with many more to come. Yet, the quasi-pandemic energy of a post-Blip MCU might just forge profoundly personal connections with audiences, especially as the COVID vaccines continue their distribution and the world works on finally putting this chapter in the past.