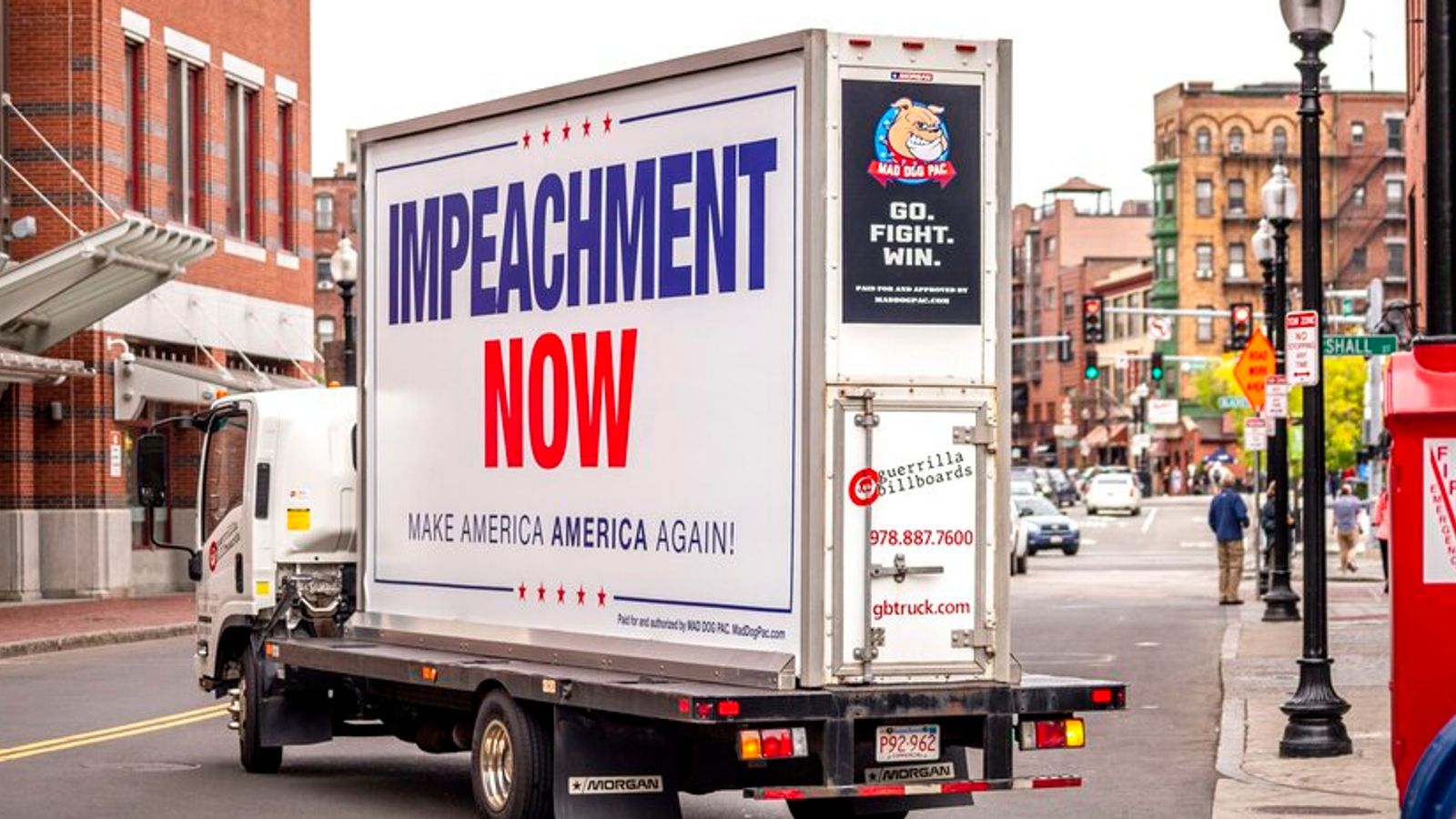 The final few days before the inauguration of a new president are usually pretty sleepy in the US.

The nation gears up quietly for the pageantry and the excitement of change after a 10-week transition period from the election itself.

Chilly weather keeps many indoors in Washington DC and along the east coast until they turn out for the big day.

Not in 2021. With nine days to go, this week is likely to see President Donald Trump impeached by the House of Representatives for a totally unprecedented second time.

Instead of laying out facilities for crowds to witness the swearing-in of the new president, barricades are going up around the US Capitol and the mall to keep people away.

The “stay home” order is in large part because of the coronavirus pandemic, which has claimed 370,00 American lives.

The outbreak in the US is on a similar grim trajectory in terms of deaths and hospital capacity to that in the UK.

President-elect Joe Biden says getting on top of the crisis is his first priority in office.

The police also don’t want to risk any repeat of another violent mob gathering like that which stormed the Congress building last Wednesday, egged on by Mr Trump.

Five people including a police officer died as a result of the clashes.

The FBI is now leading the manhunt for the rioters. Those charged already include a man who wore horns, a bearskin and war paint and carried a spear, as well as two people who smashed up and stole from the offices of House Speaker Nancy Pelosi.

They are all vociferous Trump activists. There is no evidence to back up desperate excuses circulating on social media that the perpetrators were actually agents provocateurs from the far left group Antifa.

Impeachment is the process whereby the lower House of Representatives in Congress votes to send the president for trial for “high crimes and misdemeanours” by the US senators in the upper house.

If two thirds, 67 senators, find him guilty, he is disqualified from office.

Democrats have a majority in the House. Articles of impeachment citing incitement of insurrection have already been drawn up.

It is likely that there will be an impeachment vote by Wednesday of this week.

Congress has already impeached Mr Trump once unsuccessfully, on different charges, so it seems certain that they will vote to send him for trial again.

It is unlikely however that the president will be kicked out before his term expires on 20 January.

According to the outgoing Senate Majority Leader Mitch McConnell, a Republican, the earliest a trial could take place is that very day.

The Democrats won’t want to overshadow Joe Biden’s big day. There are already worries about what Donald Trump will get up to.

Breaking with 150 years of precedent, he tweeted that he will not attend Mr Biden’s inauguration.

Instead he plans to leave the White House for his Florida club compound the day before.

Mr Trump has certainly considered hosting a rival event to launch his bid for the next presidential election.

The Senate has to act as soon as it is officially informed of impeachment.

It seems likely that the House will delay sending the formal papers across until after Mr Biden’s first 100 days, to allow him to launch his new team and agenda without distractions.

What’s the point of convicting a president once he’s left?

Most importantly it would automatically bar him from future government office, blocking a Trump bid for a second term.

The same would apply if he were to be convicted of a serious federal crime. 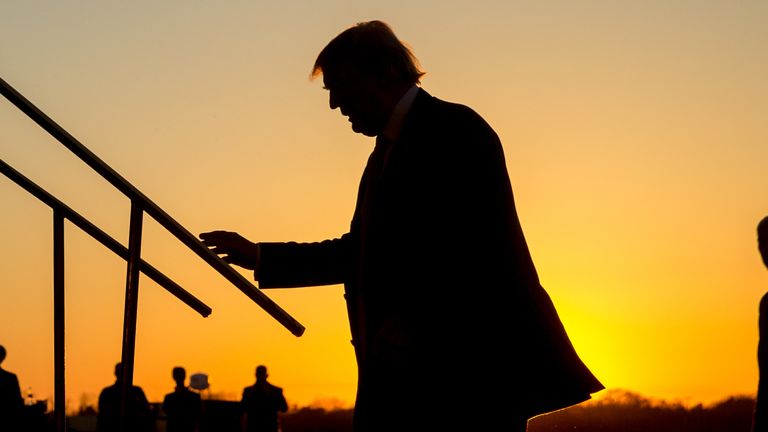 Some, both Democrat and Republican, argue that it is important to set an example to ensure no president in future dares indulge in Trump-style demagogic behaviour.

There is also an incentive for Democrats, who will command a narrow, casting vote, majority in the new Senate, to continue pouring salt into Republican wounds.

Mr Trump’s party – the Republicans, the GOP or Grand Old Party – is in moral meltdown.

Until now it has gone along with Mr Trump’s leadership, as he repeatedly trashed the instinctive norms of conservatism.

Now his MAGA-hatted supporters have gone too far.

Last Wednesday some of the mob even brought a gallows to hang Mr Trump’s ultra-conservative, ultra-loyal Vice President Mike Pence for not taking unconstitutional measures to overrule the legitimate election result.

According to polls, the majority of Republican voters still say the election was stolen and almost half back the attack on Congress.

Even after the violence, some ambitious Republican senators including Ted Cruz and Josh Hawley say the majority of Republican congressmen continue to oppose certification of Mr Biden’s victory.

The question for Republican politicians is whether they have the backbone to try to take back their party and make it again the party of Ronald Reagan and the Bushes.

Or do they continue to pander to the activists who have turned it into what Donald Trump Junior claimed to the rally on Wednesday is now “Trump’s Republican Party”?

This year the historic drama of the swearing in of a new president will be largely a virtual, seen-on-TV event.

Whether it will really mark a brighter, fresher turning point for the United States will be decided by others.