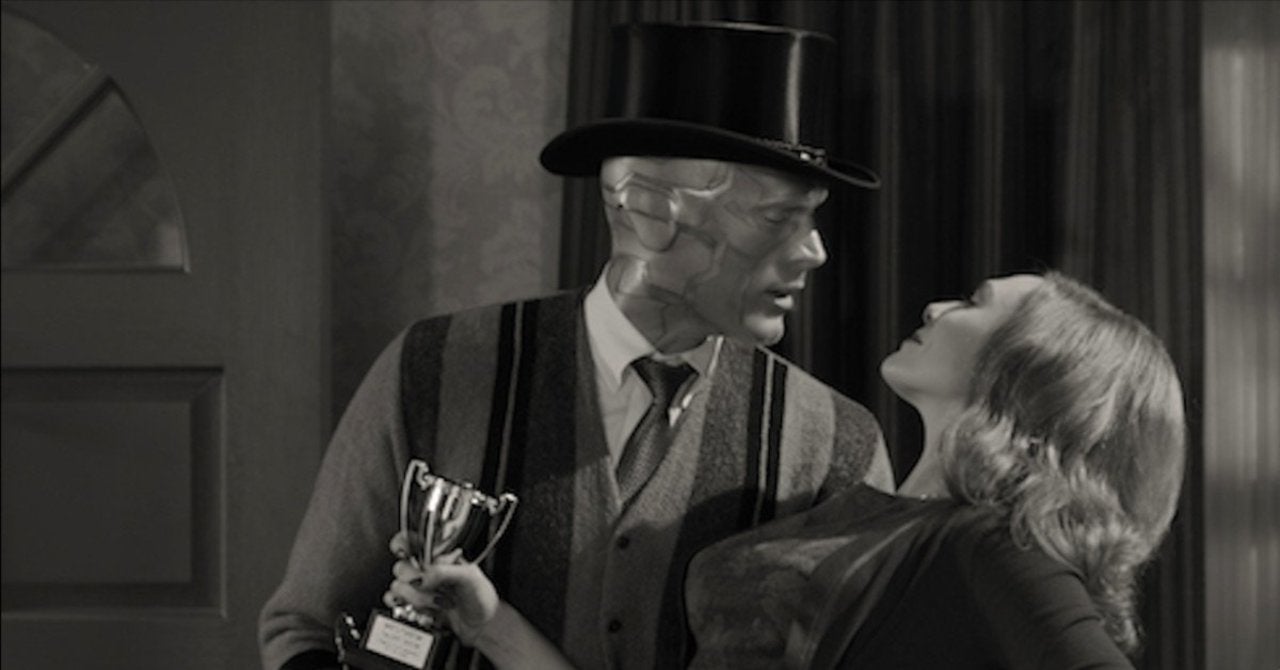 The Marvel Cinematic Universe finally returns this week with the debut of WandaVision on Disney+, the first ever TV series from Marvel Studios. In addition to the departure from the feature-length format, WandaVision will be a big change from its MCU predecessors in terms of its overall tone. The series is channeling the iconic sitcoms of decades past for its inspiration and storytelling style, which is something totally new for a superhero title. Ahead of the show’s premiere, director Matt Shakman sat down with ComicBook.com‘s Brandon Davis to break down the heavy sitcom influences.

“The whole show has a great deal of exploration of form and style, obviously within the sitcom. But that in terms of real world stuff as well,” Shakman explained. “We are a blend of classic sitcom and big Marvel action. So, you are heading towards that MCU world, of course. And so we played around a lot with form and style and you’ll see it in future episodes even more than you’ve probably seen it thus far.”

Shakman went on to say that there wasn’t one era of sitcom that was more challenging than any of the others, but the live audience featured in the first episode provided one of the most unique experiences of the series.

“Which era of sitcom was the most challenging, whether it was from scripting or acting or to the, like the technical aspects, like camera type to bring to life most accurately? They were all challenging, they were all fun,” he continued. “You know, we shot the first one in front of a live studio audience. So, that was its own thing because it’s just the chaos of a live show. It was the first thing that we did. And I come from theater, a lot of the actors have done a lot of theater. So, it felt like putting on a play. You know, we rehearsed it for a few days beforehand. Got it ready, like a, a tight little show ready to perform. And the crew dressed up in period clothes. And, you know, it was, it felt very much like a time capsule. And we went back in time and did this show like they would done it in the fifties. And it was great because you know, you have all those nerves and all that adrenaline of, ‘Oh my gosh, I’m going to go out and do this sitcom in front of all these people.’ The first Marvel live audience taping. But it’s brilliant for that reason because you know the adrenaline, the spark, the energy of the lightning in a bottle, it’s, it’s special for that reason. You can see it in the I Love Lucy shows. You can see it in The Dick Van Dyke Show. And we had lunch with Dick Van Dyke and he told us these amazing stories about, you know the episodes that you watch, The Dick Van Dyke Show, they only use the live taping of the show. They didn’t pre-tape it and do pickups later. Like, that’s it. It’s like a theater piece. They did it once.

“So, the laughter changes the rhythm of it. Some things are way funnier than they realize, you know the bits go on longer just because they’re enjoying it. That is part of those shows. And I wanted to make sure that we captured that as well. But then you go into shows like Bewitched, where they’re shooting in more traditional four wall sets. They’re single camera, almost like a film. They’re doing all these complicated things on wires. And, you know, we wanted to make sure that that’s how we were doing that era as well. And so that would change the approach.”

Marvel’s WandaVision debuts on Disney+ on January 15th. If you haven’t signed up for Disney+ yet, you can try it out here.