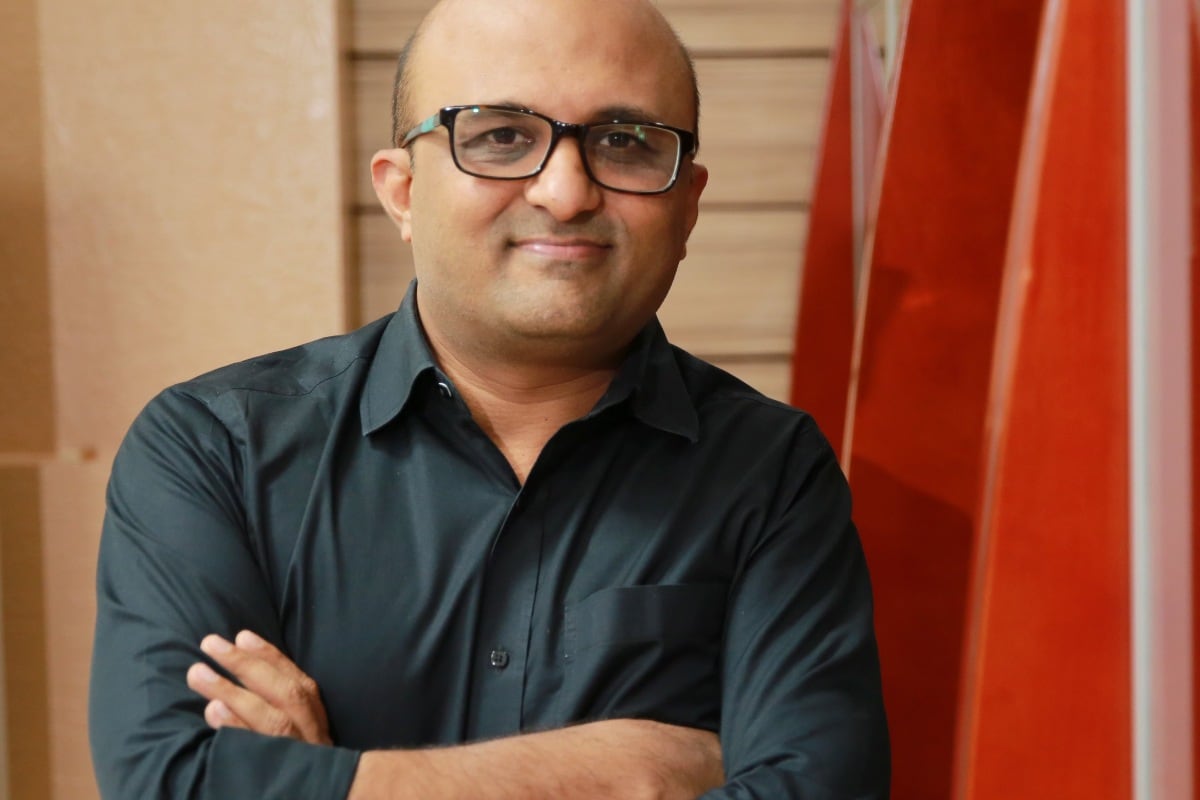 Samsung is a well-known name in India, but not many know that it has also been running research and development operations in the country. The company even has it largest mobile factory in the world operating in India since July 2018. Its R&D division in India is also equally well established. This work takes place under the leadership of Dipesh Shah, Managing Director of the Samsung R&D Institute India-Bangalore (SRI-B).

Shah started his journey at Samsung back in 1996. He joined the company as its first R&D employee in India. The 50-year-old engineer initially worked on solutions including a telephone switching software that helped enterprises build call centres by connecting their PCs with a Private Branch Exchange (PBX), and today the R&D centre has been involved in the development of products like Samsung’s AI assistant Bixby, with which it hopes to take on Alexa and Siri.

Over time, Shah along with other engineers and researchers have built the SRI-B as a key source for Samsung to develop newer artificial intelligence (AI), machine learning (ML), Internet of Things (IoT), and 5G experiences.

The R&D centre, which was established as a small office in February 2016 and is currently spreading across the area of over six lakh square feet, has also been the centre for bringing products including the Curd Maestro that helps you incubate the curd in your refrigerator. It’s also the place that helps Samsung upgrade voice intelligence on Bixby and make it a compelling assistant against the likes of Amazon Alexa, Google Assistant, and Apple’s Siri. 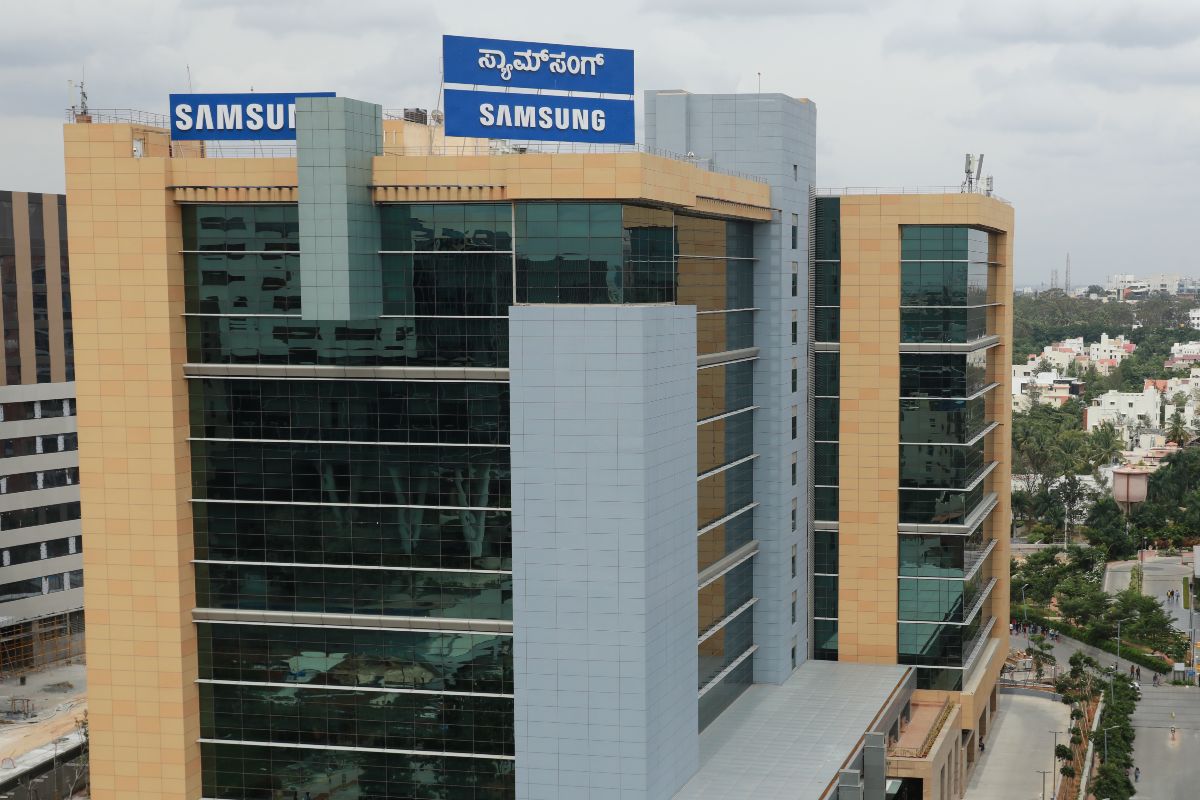 Samsung’s R&D centre in Bengaluru has been a place for various advancements
Photo Credit: Samsung India

“As we stand here after 25 years, we think the next five years will be even more exciting because there’s a lot of things going to happen in India,” Shah told Gadgets 360 over a phone call. “Consumer lifestyles are changing, new tech trends, new infrastructure, AI-ML, cloud, and 5G are coming to our country soon. So we’re calling this phase ‘Powering Digital India’ by refreshing our R&D.”

The Bengaluru R&D centre by Samsung is among its 30 R&D centres globally, but it is particularly aimed at developing solutions for four areas, namely wireless communication, image processing, AI in vision, voice, and text related technologies, and IoT.

Shah talked with Gadgets 360 for over half-an-hour to detail Samsung’s expansion in the last 25 years and his experience being the first R&D employee in the country. These are edited excerpts from the conversation.

How has Samsung evolved its R&D efforts in India in the last 25 years?
If I look back into the memory lane, there are four distinct phases of our software-based R&D in India. The first phase was between 1996 and 2000, when we hired talented Indian engineers and made them led by global project or technical leads sitting in South Korea. We were also very aptly helped by the local service ecosystem, our key partners at that time helped us scale our projects quickly at a global level. Then came a phase between 2000 and 2012, which we call the solution-oriented R&D phase. It was the time when many of the world’s first solutions were developed out of Bengaluru. For instance, Samsung developed the voice-over-LTE technology out of Bengaluru that Jio deployed on its network. We also started doing some R&D in mobile space in Bengaluru back in 2000. Then came a phase that we called the rebuilding phase. It came between 2012 and 2015. During those three years, we converted from the team that was called Samsung India software operations to a full-fledged research centre. It emerged as Samsung Research India, Bangalore in 2012. From 2015 onwards, for the last five years since I have been leading the centre, we call it the advanced R&D centre phase, where we have built a centre of excellence for wireless communication, image processing, AI, and IoT.

What value addition India has brought to Samsung in its journey so far?
I can humbly say India has played a very significant role in Samsung’s R&D prowess. That’s also the reason why the company has the SRI-B as its largest software R&D centre in the country. If you pick any Galaxy smartphone and look at the camera, there are so many image processing technologies that have been contributed from the Bengaluru centre. The speech recognition in English on Bixby has also been developed out of Bengaluru. A significant portion of Samsung’s SmartThings app has also been built locally.

Patent filing has been a trend at Samsung’s R&D centres. Is it just to grow the company’s presence in the world of design and innovation or is it to help researchers protect intellectual property rights of their developments?
We have about over 3,000 patents filed only by our Indian engineers between three R&D centres. So there is a rhythm that you need to establish in the company for intellectual property creation. It’s not similar to a software development lifecycle. You need a separate process of inciting ideation and filtering intersections. It’s more of a research capability that we need to strengthen patent cultures. And not only established companies but even students should start looking at intellectual property as a focus even while they are in college. That’s where we are doing our part of the next journey.

Is the process of filing patents in India challenging over global markets?
I’ve never heard any escalation in any processes getting delayed. So, it looks well-oiled. You just need the right set of people and talent in the company who understands and takes you through the process.

Which are some of the most notable patents that have been filed by Samsung’s researchers in India?
There are lots of them. But some patents are so close to my heart. One was associated with our mobile tracker technology way back in 1996. If you lost your mobile phone and someone took that and exchanged the SIM card, the technology triggered the system to send an auto-generated SMS message to your registered number, saying your mobile phone is currently used by this particular SIM card. That helped track several mobile phones in the country. Most recently, if you go into the gallery of your Samsung phone, we automatically organise pictures. This helps you show all the faces from your photos when you search by people. That technology has also been patented from the Bengaluru team. There are also several patents on battery life, voice-over-LTE, and wireless communications.

What’s making India a go-to place for companies including Samsung to build new AI and ML systems?
I am very confident about India’s excellence in AI and ML for four reasons. One is it is fundamentally math and Indian engineers have been quite good in mathematics. Second is the requirement of a right amount of data to train your machine learning models. You’ll get suitable data in the country to train your AI models if you’re working in the right company and have the right processes in place. Third is the fact that a lot of AI is open source that means whether you are sitting in the Silicon Valley or in Bengaluru, you’ll have equal access in terms of model and information technology. The fourth point is having focus of big companies to grow their AI capabilities in India.

I’ve seen many big-wigs moving from one company to another in a couple of years. What made you stick to Samsung for 25 years?
One word is excitement because in the same company I was able to experience multiple things. I think it’s the initial experience that bound me to Samsung forever. The first time when I went to South Korea, I had only two years of experience in India. In the first three months, I wrote our device driver software. A French company had also delivered a driver software with its own chip. But somehow my software worked better with that chip and my boss trusted it and chose that over the one developed by the French company. That trust at the two-year experience says a lot. We also run a rescaling programme for all our engineers to let them learn computer science from the basics. So the focus on talent development and investment in talent development are the reasons which kept me here and may continue to be for the next few years.

What are the key development that are currently taking place at the Bengaluru R&D centre?
If you break down AI, you’ll get a vision AI and a speech technology. The vision AI means to help you understand the world around you using your camera — not just capturing it. That’s the vision technology we are working on. The other development is to let you utilise full capability of your phone. The current constraint is the user interface. It is hierarchical, menu-based, you have to go three to four levels deep inside to access some features. So voice interface into the phone will break that user interface menu hierarchy. We also have a Galaxy Intelligence. It’s already allowing you to seamlessly enter one-time password (OTP) from the keyboard area, without accessing the SMS application. Our focus area in the future will move towards creating new experiences where multiple devices will talk to each other to make your life more automated and easier so that you can focus more on creative stuff.