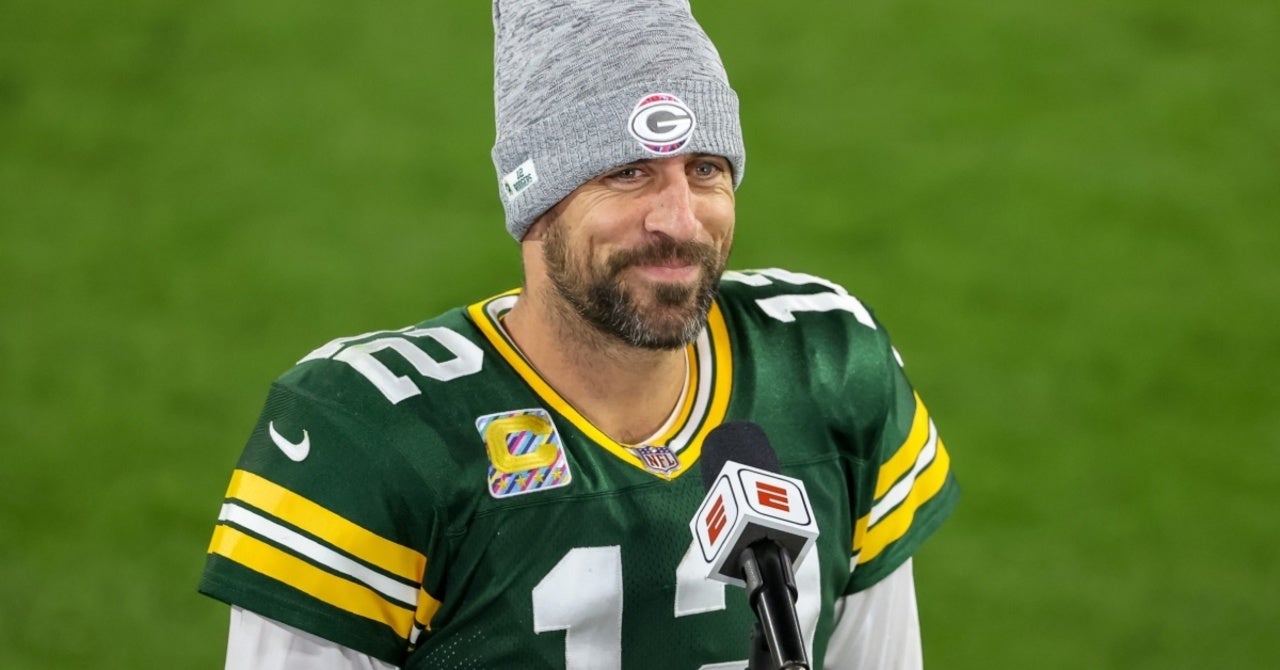 Jeopardy! is now in a bit of uncharted territory, following the passing of legendary host Alex Trebek late last year. Producers of the syndicated game show series have hinted that a permanent host will not be named until later this year, and that the series will have a rotating array of guest hosts. On Tuesday, the latest in those string of guest hosts was confirmed — Green Bay Packers quarterback Aaron Rodgers. Rodgers revealed the news during an appearance on The Pat McAfee Show, which is part of SiriusXM’s Mad Dog Sports Radio. Rodgers previously appeared on – and won – Celebrity Jeopardy! in 2015.

“One of my idols growing up was Alex Trebek,” Rodgers revealed, “and being able to be on Jeopardy! years ago, even though my outfit wasn’t the greatest choice … they’re doing some guest hosting spots, and it’s going to be released here pretty soon, but I have the opportunity to be one of those.”

Rodgers joins a list of guest hosts that include former Jeopardy! champion Ken Jennings and journalist and TV personality Katie Couric. Jennings opened his first hosted show on Monday with an emotional tribute to Trebek, thanking him for his prolific impact on the entertainment industry.

“Sharing this stage with Alex Trebek was one of the greatest honors of my life,” Jennings shared. “Not many things in life are perfect, but Alex did this job pretty much perfectly for more than 36 years, and it was even better up close. We were dazzled by his intelligence, his charm, his grace, really, there’s no other word for it. Like all Jeopardy! fans, I miss Alex very much and I thank him for everything he did for all of us.”

Ultimately, a new host for the series is set to be unveiled later this spring, with series producer Mike Richards outlining what that search process has been like.

“The search is going very well, there are a lot of people very interested in hosting Jeopardy!, which is gratifying, and also appropriately reverent of the shoes they will be stepping into. We have had some great conversations with people,” Richards revealed in an interview earlier this month. “We are going to take our time and talk to a lot of people, have some people guest host and see what our fans think as well.”

What do you think of Aaron Rodgers guest-hosting Jeopardy!? Share your thoughts with us in the comments below!