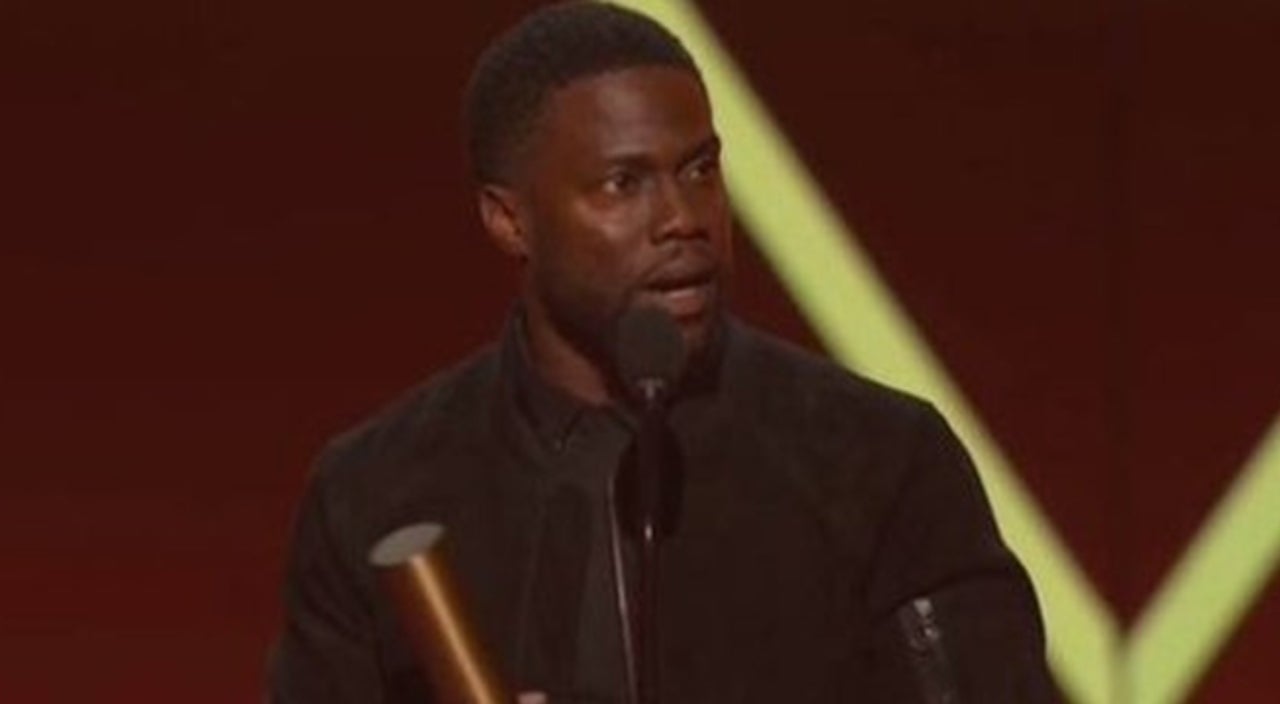 Comedian and actor Kevin Hart has inked a deal with Netflix that will see him produce and star in four upcoming feature films for the streaming giant. The deal, which will also set Hart up with a first-look deal at Netflix beyond those four, is being compared to the groudbreaking deal Netflix signed with Adam Sandler a few years back, which has so far yielded six movies since 2014. The comedian previously had deals in place with Universal Pictures and with Nickelodeon. The deal, which is being brokered through Hart’s HartBeat productions, will not include the upcoming Hart-Wesley Snipes movie True Story, even though that movie will be on Netflix.

HartBeat also has Borderlands coming up for Lionsgate. Hart is shooting the action comedy Man From Toronto right now. Variety broke the story.

“Partnering with Netflix is an amazing opportunity for HartBeat and myself,” said Hart in a statement. “I am excited to act in and produce cutting edge films with Netflix. I am extremely grateful to Ted Sarandos and Scott Stuber, we share the same creative vision and always put the audience first. This business is about growth and my HartBeat team continues to exceed my expectations with their ability to develop stories and relationships. Our goal is to make the HartBeat name synonymous with first class entertainment and narratives.”

“Netflix has enjoyed a long relationship with Kevin and we’ve been lucky enough to partner with him many times,” Netflix’s head of film Scott Stuber added. “He’s a hands-on producer and it’s been great to watch him build an incredible company with HartBeat. There are very few artists who can attract audiences of all ages and succeed in making comedies, dramas and family films.”

Netflix’s True Stories will be Hart’s television drama debut. Hart is expected to play “a version of himself” in the fictional story, which will follow his character, Kid, and Kid’s older brother Carlton, who will be portrayed by Snipes. The episodes will be directed by Stephen Williams (Watchmen, Lost) and Hanelle Culpepper (Star Trek Picard, Kung Fu). You can read a short description of the show below:

“A tour stop in Kid’s hometown of Philadelphia becomes a matter of life and death for one of the world’s most famous comedians when the consequences of a lost evening with his wayward older brother threaten to destroy everything he’s built.”

Are you excited for more Kevin Hart on Netflix? Sound off in the comments below.