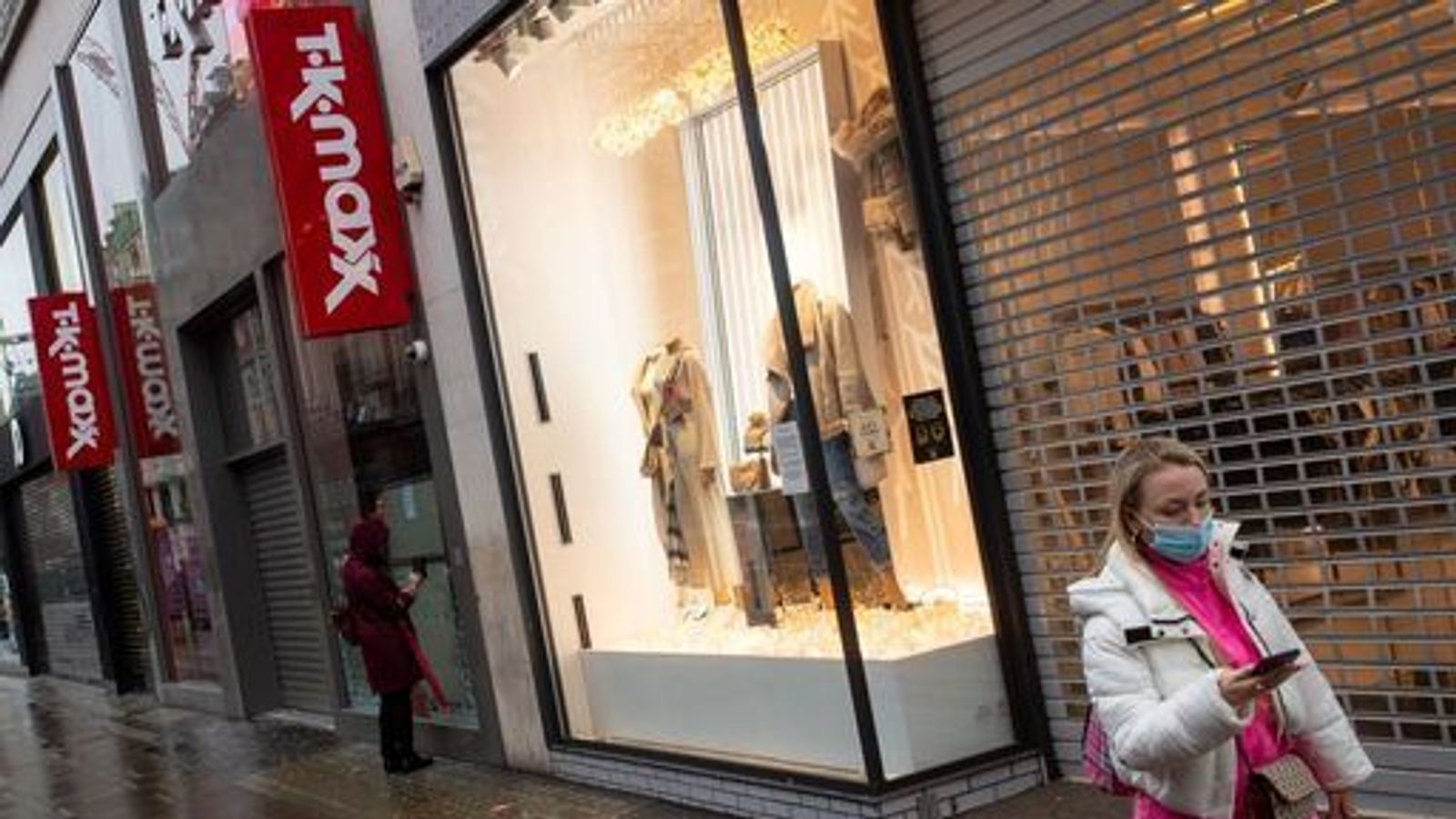 The decrease in sales in physical non-food stores was even higher – a 25% drop – as a result of widespread closures, according to Helen Dickinson, chief executive of the British Retail Consortium (BRC).

Although December saw the highest levels of festive food and drink spending on record, they failed to save the annual figures.

“COVID-19 has led to 2020 being the worst year on record for retail sales growth,” said Ms Dickinson.

“Christmas offered little respite for physical non-food stores, as many shops were forced to shut during the peak trading period.”

Overall retail sales were up 1.8% on the year before in December – and 4.8% on the month before – as shoppers spent more in the run-up to the Christmas break.

Online non-food sales were up 44.8% as people ordered more Christmas presents online – with many stores closed due to local coronavirus restrictions.

But despite the “dismal December” and poor annual performance, the non-food sector did benefit from a shift in spending from areas such as travel and leisure – with so many activities restricted due to the pandemic.

Paul Martin, UK head of retail at KPMG, said of the figures: “In the most important month for the retail industry, there was some positive growth due to the ongoing shift of expenditure from other categories such as travel and leisure.

“Once again we saw big swings in the types of products being purchased and the channels used for shopping, with much of the growth taking place online where nearly half of all non-food purchases were made.”

He warned that the High Street faces further challenges with the onset of another national lockdown.