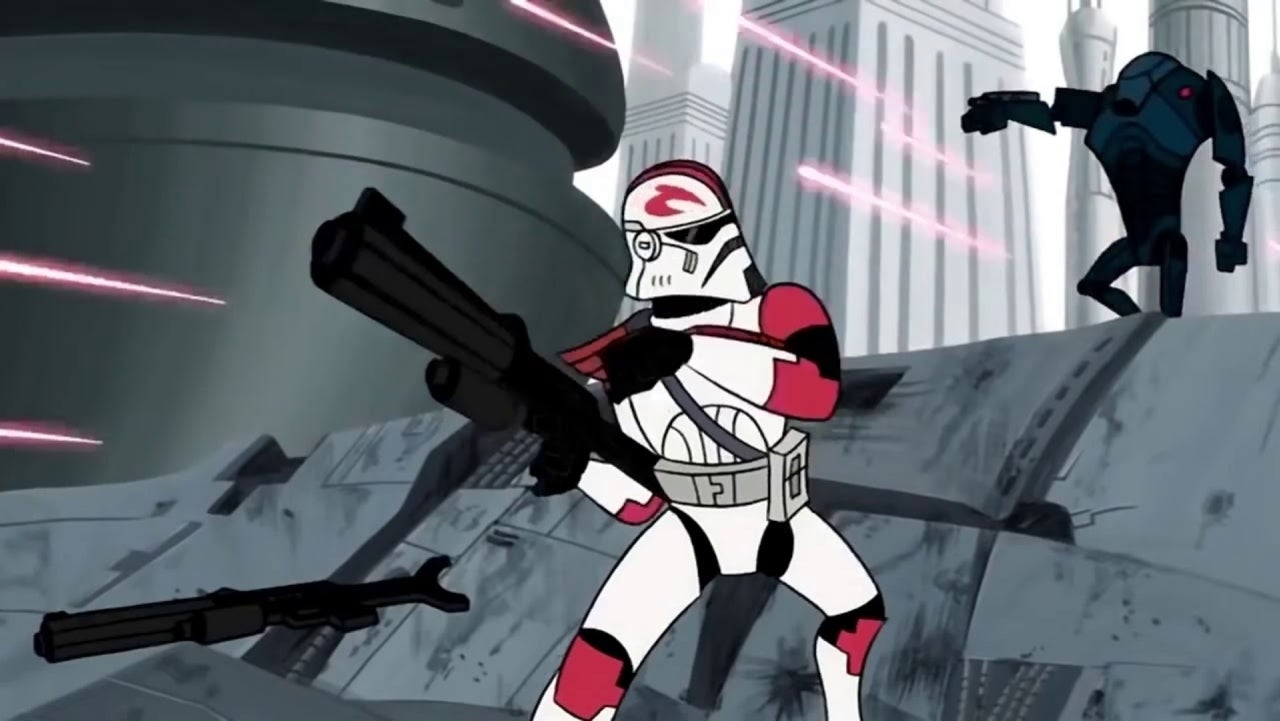 The original Clone Wars series is back in the minds of many thanks to one clip that’s gone mega-viral on Twitter. The clip comes from the original Cartoon Network Star Wars series and features Captain Fordo as he calls for backup, only to quickly blast away dozens of droids in the blink of an eye all by himself. The show’s over-the-top animation plus an absolute onslaught of droids is the perfect storm to making a viral clip, and now fans are remembering their favorite Clone Wars moments.

I will never get over this as long as I live pic.twitter.com/Wy2g6PQ4Ef

Unfortunately for fans hoping to see more of Fordo and company, the Cartoon Network Clone Wars series was de-canonized when Disney purchased Lucasfilm. It now resides in the franchises “Legends” lore.

“I think what you see in a lot of the work that I get to be involved with is that I have a tremendous respect for all the people that worked through that era,” Star Wars mainstay Dave Filoni told ComicBook.com in 2017 about the Expanded Universe. “I felt like those storytellers were really able to keep Star Wars alive and very vivid for a bunch of people, myself included. I don’t think you can ever take anything away from that effort. I would never frankly, personally, try to marginalize it.”

He added, “A lot of it is very good. I didn’t read everything. I don’t know it in detail as some of the fans do, and so that’s why I would hesitate to say that I’m this mega EU fan. I just have a tremendous respect for it all, and I have a tremendous respect for the fact that people love it. I knew, many of us did inside Lucasfilm, how difficult it would be when we’re saying, ‘Okay, these are now Legends regardless of how much that makes sense.'”

I loved this also specifically because of how the droids were portrayed, just an insane, overwhelming amount of them that were hyper specialized for specific situations. WAY better than the usual comic relief they were in the 3D series.
Also the joust droids were hype as fuck. pic.twitter.com/gA8Qi3uoXR

Still remember my brother saying, so matter-of-factly, “He’s nuts because he’s different.” Like, because his armor had some red on it, it magically made him 10x better at fighting

2003 Clone Wars is one of the only shows that can make General Grevious and random, unamed clones that have 20 seconds of screen time incredibly badass.