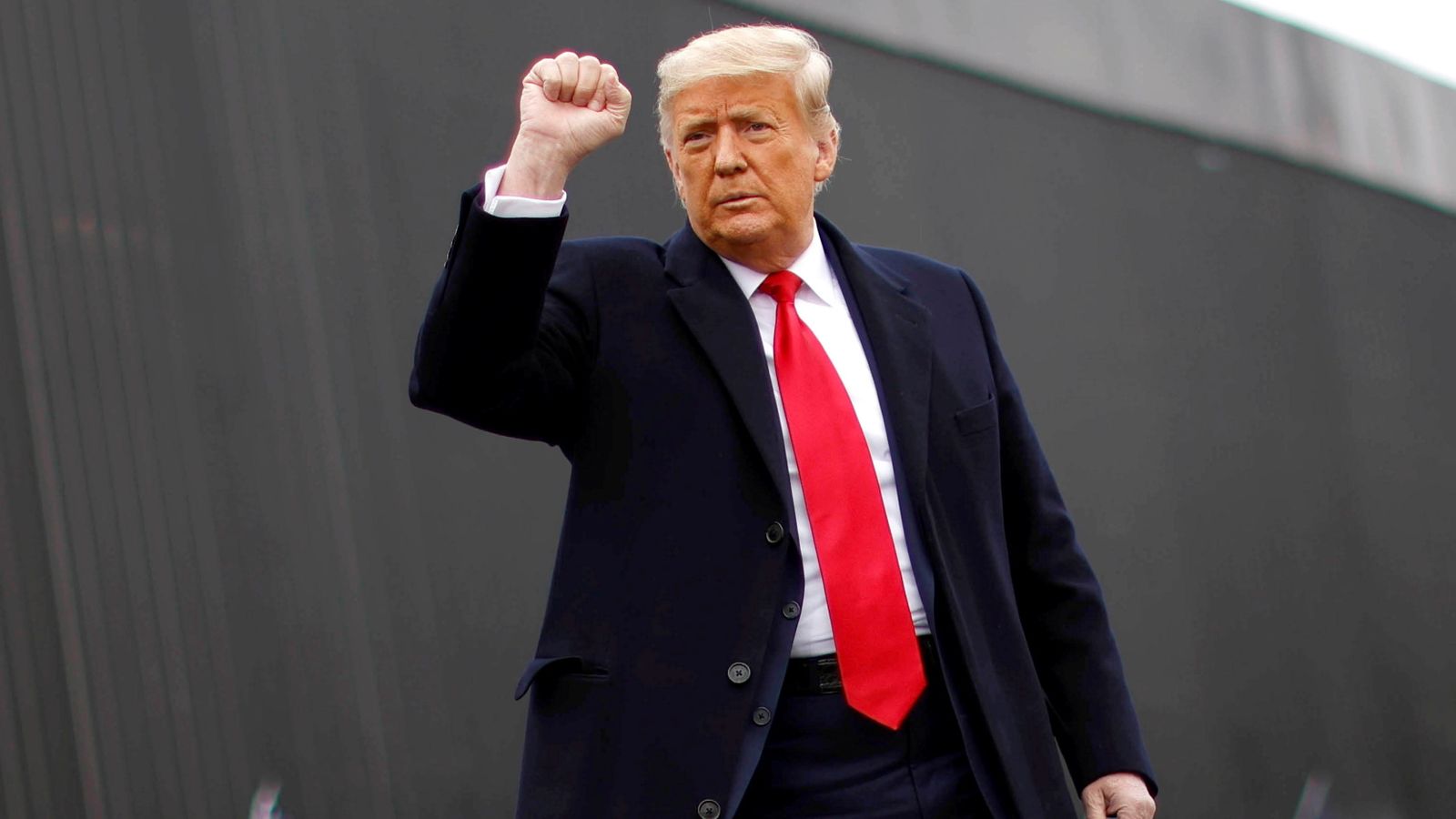 Donald Trump has dismissed moves by the Democrats to impeach him for a second time as a “hoax” and part of the “greatest and most vicious witch-hunt” in US history.

His political rivals are also preparing a resolution in Congress which presses Vice President Mike Pence to remove him from office under the 25th Amendment – and they will push for impeachment if Mr Pence does not act.

But the president, who is due to leave office in a week, said he was not concerned – saying the 25th was “of zero risk to me”.

However he warned it would “come back to haunt Joe Biden and the Biden administration”. 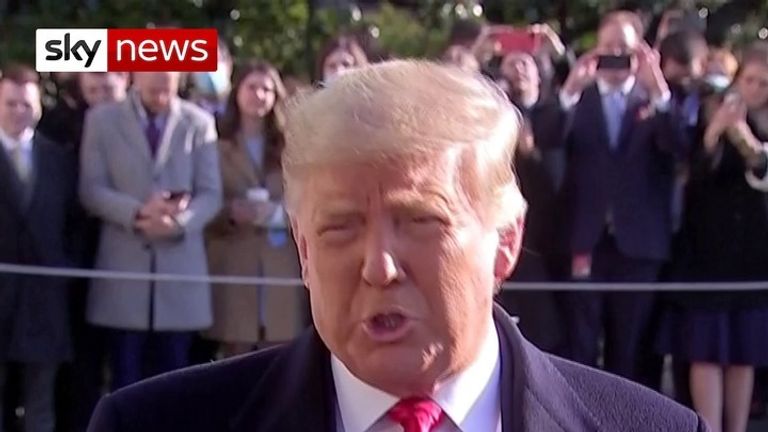 Speaking in Alamo, Texas where he inspected the construction of a section of the border wall with Mexico, Mr Trump added: “As the expression goes, be careful what you wish for.

“The impeachment hoax is a continuation of the greatest and most vicious witch-hunt in the history of our country and is causing tremendous anger and division and pain far greater than most people will ever understand.”

He made the comments during his first appearance in public since the US Capitol siege, which took place last Wednesday as politicians were counting Electoral College votes to confirm President-elect Biden’s victory.

Mr Trump is set to be impeached by the Democrat-led House of Representatives later this week following the rioting at the Capitol by a mob of his supporters.

He faces a charge levelled by the Democrats of “incitement of insurrection” in an impeachment resolution set to be debated by the House on Wednesday as part of efforts to remove him in the final days of his presidency. 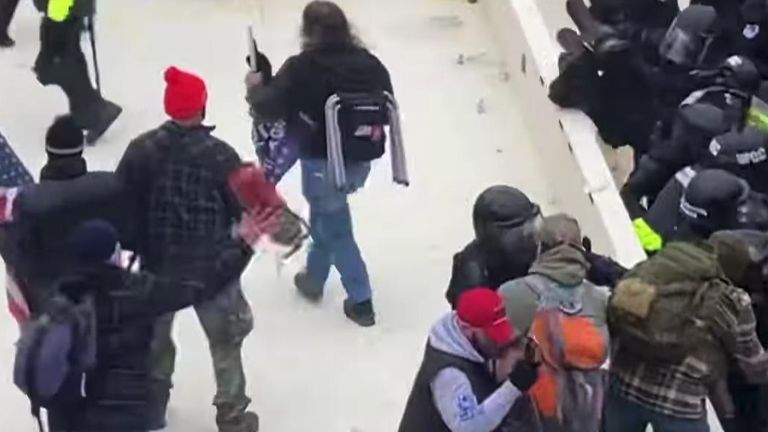 It needs a simple majority to pass and if it is voted through, it would move to the Senate for trial with senators acting as jurors.

The Senate has the ability to bar people from running for office enshrined in the constitution.

On Tuesday, the House is expected to vote on the 25th Amendment measure.

The measure says Mr Pence should “convene and mobilise” Mr Trump’s Cabinet to activate the 25th Amendment to declare the president “incapable of executing the duties of his office and to immediately exercise powers as acting President”.

Mr Pence is believed to be extremely unlikely to entertain the idea, so a vote on the impeachment could happen on Wednesday.

During a speech in Washington DC before the violence on Capitol Hill erupted, the president had encouraged his fans to march on Congress and his rivals have blamed him for stoking the violence.

But on Tuesday he took no responsibility for fomenting the chaotic scenes where supporters stormed the heart of American democracy.

Before his Texas visit, he told reporters: “If you read my speech, and many people have done it and I’ve seen it both in the papers and in the media, on television, it’s been analysed and people thought that what I said was totally appropriate.”

“Everybody to a tee thought it was totally appropriate,” Mr Trump added.

Mr Trump also warned that efforts to impeach him are causing “tremendous anger” – but insisted that he wants “no violence” in the run-up to Mr Biden’s inauguration.

Prosecutors have brought dozens of cases after the deadly attack at the Capitol, and more charges are expected in the coming days as investigators identify more members of the pro-Trump mob.

Mr Trump has been banned from posting messages on Twitter and Facebook and he claimed in Texas that “free speech was under attack”.

It comes as the FBI is warning that armed protests are planned nationwide ahead of Mr Biden’s inauguration on 20 January.