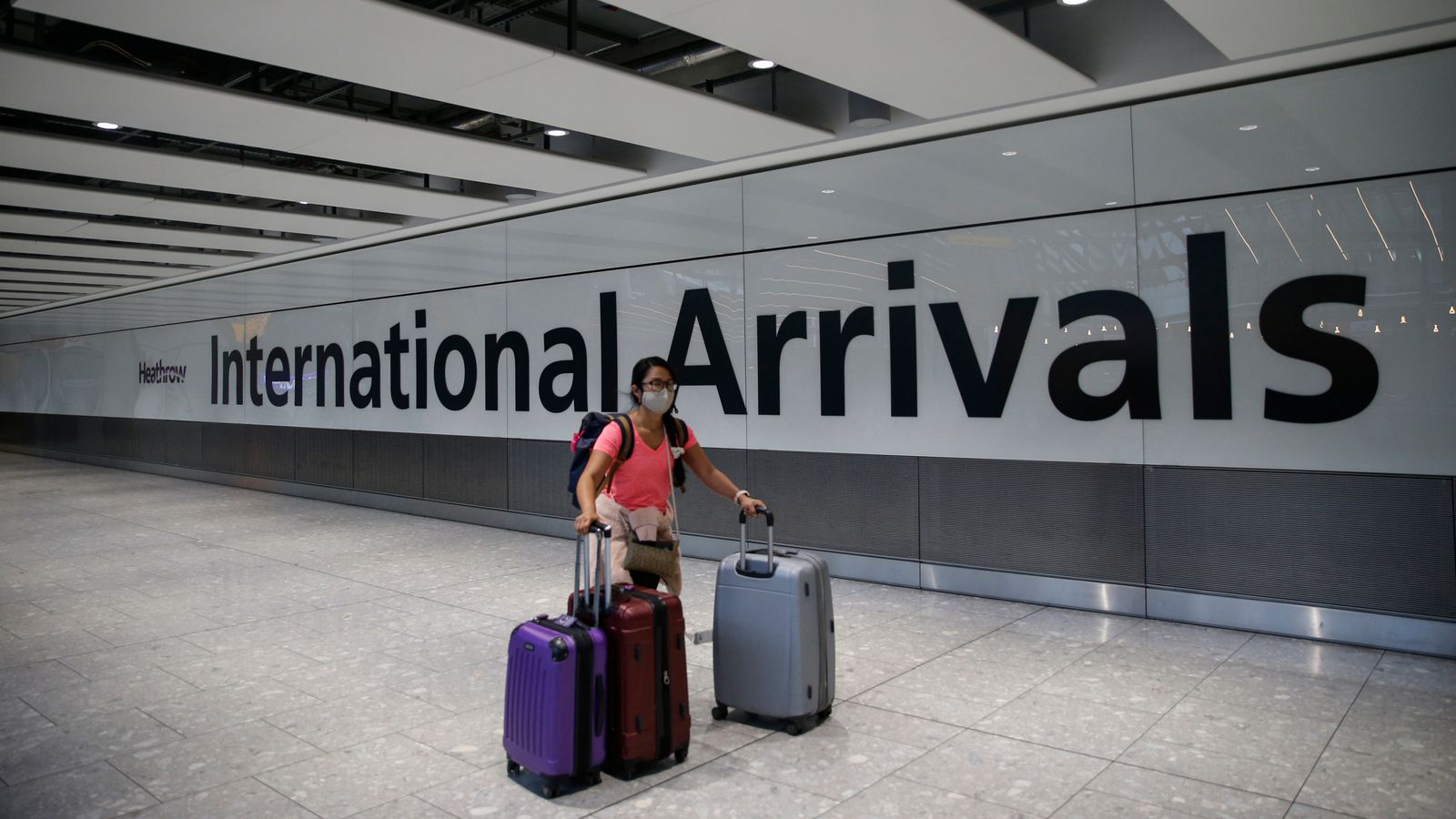 Senior ministers will consider a ban on travel to the UK from Brazil following concern over a new coronavirus strain in the South American country.

The government’s COVID-19 operations committee is due to meet on Thursday to discuss the issue, amid reports any travel ban could also be extended to countries neighbouring Brazil.

Live COVID updates from UK and around the world

It has been suggested this could include travel restrictions being placed on Argentina, Uruguay, Peru and Colombia.

Travel bans have previously been introduced for those coming from Denmark and South Africa, in response to other new strains to have developed in those countries.

Home Office minister Victoria Atkins told Sky News the government has “acted decisively” in the past following the development of new variants in other parts of the world.

Asked why travel between Brazil and neighbouring countries to the UK had not yet been closed off, she said: “Of course, people flying into the UK, whether from South America or elsewhere are required to have a 10-day quarantine period when they land in the UK. That is mandatory.

“In terms of the decision on travel measures, it takes a little bit of time.

“What we need to ensure is that when we make these very, very important decisions that have a huge impact on people’s personal lives, but also businesses, we have got to have a little bit of time to let that bed in.

“The prime minister was clear that measures will be taken, we have acted decisively in the past with both the Denmark and South African variants, so I wouldn’t want to speculate further at this stage.”

At Christmas, Brazil was among a number of countries to suspend all flights from or via the UK due to the emergence of a new COVID variant in Britain.

Prime Minister Boris Johnson on Wednesday told MPs that the government was “concerned” about the new Brazilian variant.

He said: “We already have tough measures… to protect this country from new infections coming in from abroad.

“We are taking steps to do that in respect of the Brazilian variant.”

Mr Johnson said there were “lots of questions” over the Brazil variant, including whether it is resistant to COVID vaccines.

Meanwhile, the government is also under pressure after it delayed the introduction of pre-departure testing requirements for all international travellers to England.

People arriving in England from abroad will now have to prove they have tested negative for coronavirus from Monday and not Friday as originally planned.

Transport Secretary Grant Shapps said the delay was to “give international arrivals time to prepare” after the full guidance was only published on Wednesday.

This is despite Mr Shapps’s department having announced the plans for new testing requirements last week.

Labour MP Yvette Cooper, the chair of the House of Commons Home Affairs Committee, posted on Twitter: “No guidance out with 2 days to go. And now delays.

“What on earth are they doing?”