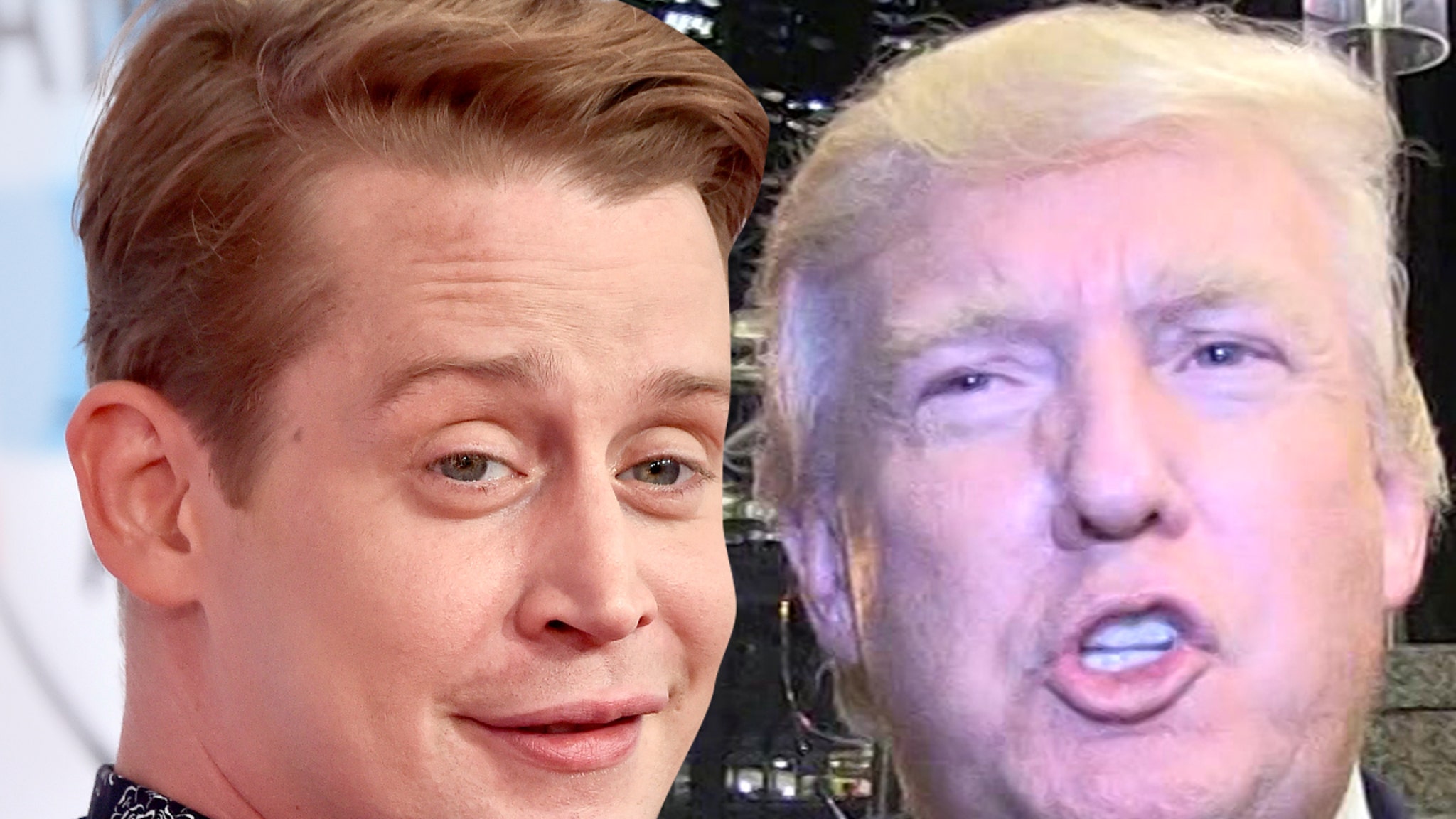 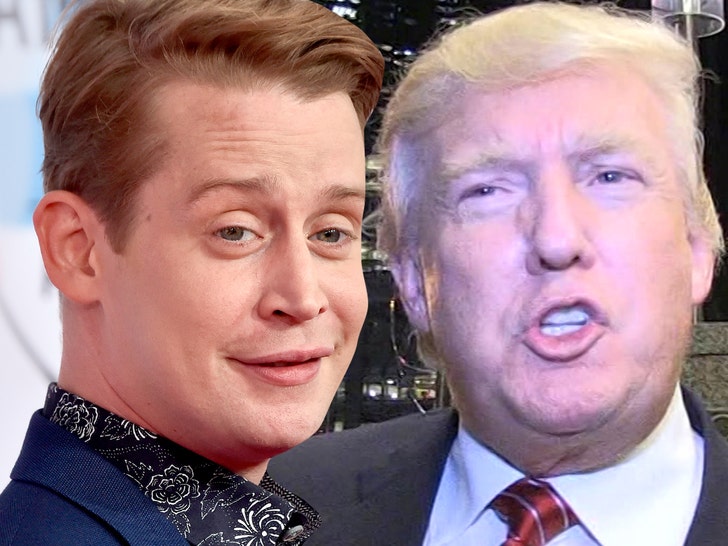 Macaulay Culkin has just one word for the petition calling for the removal of Donald Trump‘s scene in ‘Home Alone 2’ … SOLD!!!

Macaulay, best known as Kevin McAllister in the insanely popular 1992 Christmas comedy, says he’s most definitely on board with leaving POTUS on the cutting room floor … after last week’s deadly insurrection at the Capitol. 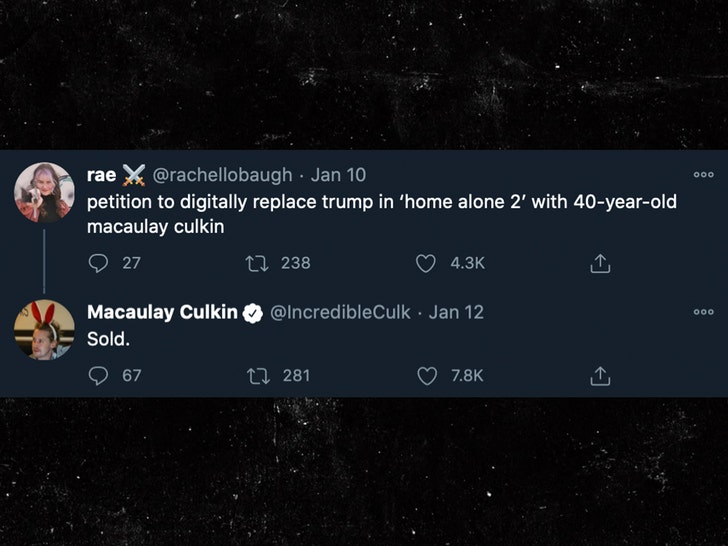 The petition calls for Trump’s cameo to be digitally replaced by 40-year-old Culkin, and when Macaulay posted his one-word response … that was all the green light one fan needed. They took it upon themselves to make the edit … albeit in amateur fashion.

Good enough for Macaulay, though … who responded with, “bravo.”

If, for some awful reason, you don’t have “Home Alone 2: Lost in New York” in your Christmas movie rotation … Macaulay runs into Trump at the Plaza Hotel in NYC and asks him for directions to the lobby.

Funnily enough … Trump told him it was to the left.

‘Home Alone 2’ director Chris Columbus has said Trump, who owned the Plaza from 1988 until 1995, told them they could use the location (for a fee) … IF they wrote him into the movie. He says audiences cheered when they screened the film … so Chris told his editor, “Leave him in the movie. It’s a moment for the audience.”

Obviously, a lot can change in 29 years.