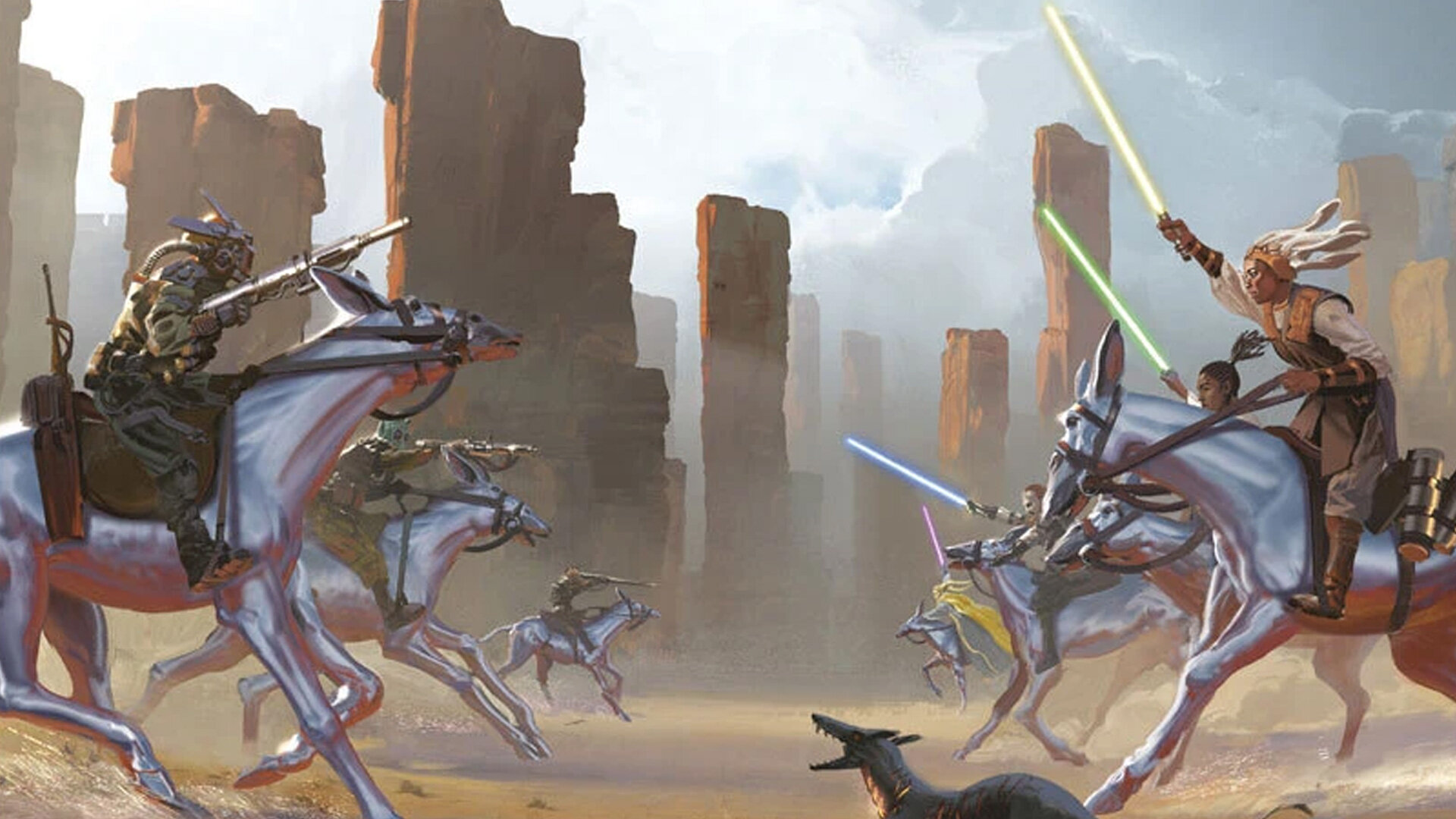 Set 200 years before The Phantom Menace, the High Republic era was a time of relative peace for the galaxy. Wars weren’t being fought, and the Jedi weren’t limited by the Sith’s machinations. But that doesn’t mean there aren’t still some threats waiting out there in the far reaches of unexplored space.

By the end of Light of the Jedi, the flagship novel by Charles Soule that kicks off Lucasfilm’s new The High Republic series of books and comics, a new conflict is just beginning, as a mysterious band of pirates known as the Nihil reveals itself as a new threat for the Republic and hyperspace itself. But just where is this story headed after the last page of Light of the Jedi? Here’s what the ending of the first book tells us:

Who will lead the Starlight Beacon?

The space station Starlight Beacon symbolizes everything both the Republic and the Jedi stand for, acting as a light in the dark of the Outer Rim’s unexplored spaces. During an era when not all of the galaxy falls under the jurisdiction of the Republic and many hyperspace lanes are yet to be properly mapped out, the station is pivotal for navigating the Outer Rim. It also holds research laboratories, hospitals, cultural events, a Jedi temple, and provides neutral ground for resolving conflicts. (It’s also a military station, in case that conflict can’t be prevented.)

In Light of the Jedi, many characters were on their way to this space station’s opening ceremonies when the fight against the Nihil broke out, and return to the Beacon only at great cost. The Jedi Master meant to lead the station is dead, and no one has been named as a replacement. This means the dedication of the Starlight Beacon at the end of the book, though presided over by Republic Chancellor Lina Soh, doesn’t formally have a Jedi leader. The station is secure for now, but its opening is touched by tragedy.

Therefore, the dedication of the Starlight Beacon is told from an omniscient point of view. This serves its own purpose to go along with the general message of the book: the point is that the Republic and Jedi’s victory is a collective effort and a collective win. Jedi Master Avar Kriss is probably a likely candidate to become the leader of Starlight Beacon’s temple, but even she isn’t a lone hero solely responsible for the win. Honoring one person above any other would have defeated the purpose. Either way, Avar is likely to continue to have a major role in this story going forward.

What is Marchion Ro’s goal for the Nihil?

While the Jedi are rallying under the slogan of “We are all the Republic,” the villains are hyping themselves up for their own cause just as effectively. For Nihil leader Marchion Ro, that means a chance to solidify his own precarious power base. Previously more of a figurehead for the loosely allied group of pirates who shared spoils and numbered in the thousands, Marchion now aspires to make them an enormous army under his firm command.

By the end of the book we learn the Great Disaster that kicked off the whole story was in fact an intentional terrorist attack caused by Marchion’s unique hyperspace technology. From there, the Nihil and the Jedi move into open conflict. His final scene reveals he had a longer game, too. Now that he’s captured the Jedi Loden Greatstorm, he expects other Jedi to come, drawn by Loden’s suffering and that of Marchion’s other captives.

And once they get there, they’ll find something new. Marchion has what sounds like a Sith object: a wand that so far has only glowed purple and given off bad vibes from its ominously carved surface. It’s unclear what exactly this thing is, especially because the scene isn’t from Loden’s perspective. We don’t know whether it has a particular sense in the Force.

We do know it’s part of Marchion’s plan to get revenge for something the Jedi once did to his ancestors. He wants to “accomplish what [his ancestors] could not”…and whatever that goal is, it involves both the Jedi and the Nihil.

What does the vision mean?

After the opening of the Starlight Beacon, the Jedi have some time to enjoy their victory. Meanwhile, Elzar Mann, Avar’s best friend and a newly minted Jedi Master, experiences a vision that leaves him on the floor. He sees “Jedi, many he knew, friends and colleagues, horribly mutilated, fighting battles they could not win against awful things that lived in the dark.” Jedi flee for their lives, and Elzar himself is left alive to watch it until he too is “unable to escape what was coming.”

From context clues alone (the “sickly purple light,” mostly) we can guess this is connected to the artifact Marchion Ro holds. We don’t know much more about it, but if it has something to do with the Sith, it could be an inherently violent and corrupting Force like other Sith artifacts seen in canon. Soule’s own Lando comic series featured a Sith helmet that could possess a person and drive them to violence.

This artifact could also be connected to the Drengir, The High Republic series’ other villainous faction. Introduced in the YA novel Into the Dark by Claudia Gray, the Drengir are plant-like aliens. The Jedi in that book released the Drengir, who had once been imprisoned on a space station by ancient Force-users. Marchion knows about the Drengir, too. This is wilder speculation, because there doesn’t seem to be any purple light around the Drengir, and they were imprisoned in a battle that didn’t have anything to do with Sith.

Whatever might be coming for the Jedi — whether it’s the Drengir, the Sith, or something else entirely — it sounds like it’ll effectively bring an end to the peace that the galaxy has so long enjoyed.

The High Republic story will continue in The Rising Storm by Cavan Scott, the next adult novel in the series, which is out on June 29. Check out our full reviews of the adult, young adult, and middle grade High Republic novels below!