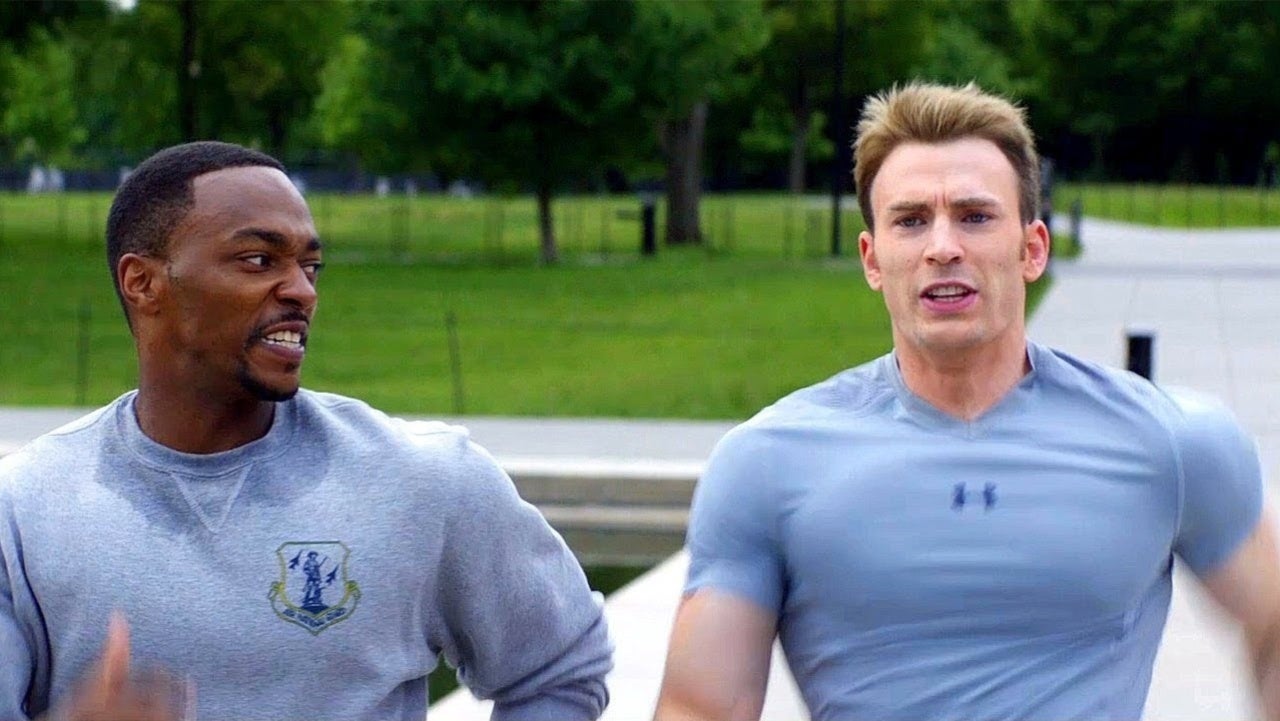 Sam Wilson, played by Anthony Mackie, was handed a shield by Steve Rogers (Chris Evans) at the end of Avengers: Endgame, which meant that he was being given the role of Captain America going forward in the Marvel Cinematic Universe. In that franchise, Sam Wilson is poised to be the new Cap, but Mackie seems to be taking his responsibilities as Evans’ successor into some of his other projects, as well.

Mackie’s latest film, a sci-fi/action movie called Outside the Wire, was just released on Netflix this weekend. While the movie doesn’t share a lot in common with the MCU, it’s hard to ignore the similarities between Mackie’s character and Captain America. Mackie plays Leo, a synthetic and genetically enhanced being that was created to be “the perfect soldier.” Not to mention the character carries the rank of Captain. Sounds familiar, right?

The commonalities here are many, but they’re brought to the forefront thanks to one moment in Outside the Wire that is impossible for any Marvel fan to ignore. Leo delivers one line as he is trying to get information out of an enemy that will absolutely make you do a double take. It’s honestly a bit shocking that the line made it into the film at all, specifically because it was delivered by Anthony Mackie, playing a super-soldier military captain.

In the second act of the film, Leo is being targeted by an enemy sniper but manages to get the best of him. Leo tracks down the man, shoots him in the neck to stop him, and then rushes over to his side in order to extract information about the location of his boss. Leo begins pressing on the dying man’s wound in order to get the info he needs. When the guy doesn’t play ball, Leo presses harder. Mackie then looks directly into the man’s eyes.

Mackie didn’t look at the camera Jim Halpert-style when he delivered this line. Nor did he wink at the man below him. But he might as well have.

In most scenarios, “I can do this all day” is a perfectly normal line for someone to deliver in an action movie. It makes sense. Even after Evans and Steve Rogers made the line iconic, inspiring countless tattoos of the phrase on the bodies of Marvel fans, it’s a very common thing to hear in a dramatic scene. But this isn’t most scenarios.

Anthony Mackie delivering that line, while playing a super soldier captain who is actively torturing another human being, is honestly one of the most hilarious things we’ll see on film in all of 2021. Because you know that there is absolutely zero chance Mackie didn’t realize it. He knew what it was. He knew how funny it would be. And he delivered that line with every ounce of conviction and sincerity he could muster.