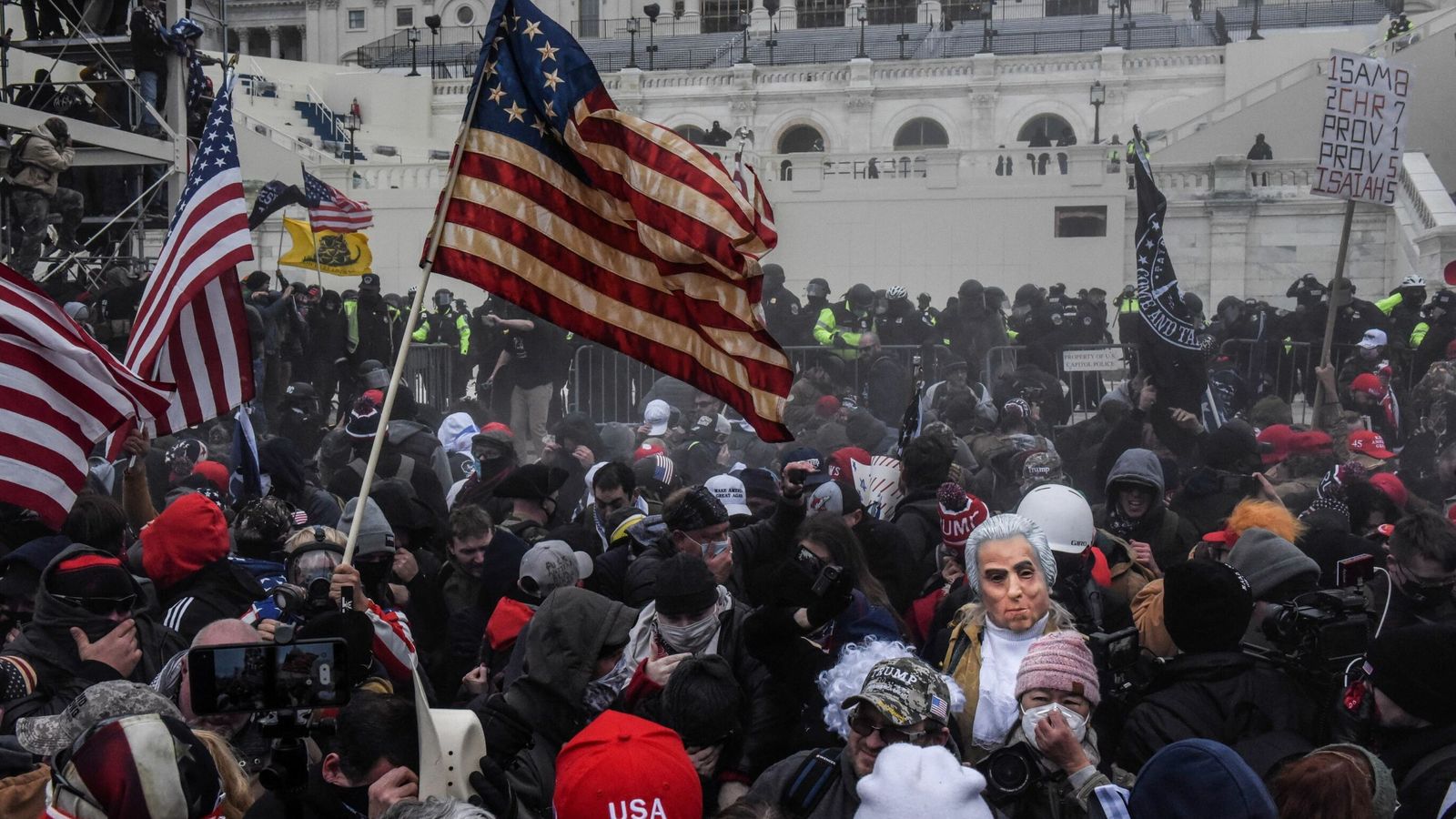 Police involved in protecting the Capitol building last week have spoken for the first time describing what happened as “brutal, medieval style combat”.

The officers were outnumbered by hundreds of rioters, who federal prosecutors claim were intending to “capture and assassinate officials”.

Officer Daniel Hodges was nearly crushed to death in the violence. Disturbing video shows him trapped by a metal door, bloodied and screaming for help.

“They were calling us traitors, shouting at us, telling us to remember our oath, and eventually, they attacked us,” he said.

“At that moment in the hallway where I was pinned, I was there to do my best to keep them out, obviously, and the way I was doing that was with my body.”

At times, he said, he thought he wouldn’t survive.

“There was chaos, someone managed to get his thumb in my eye and start gauging my eye,” he said.

“That was the second time I thought it might be the end, or I might be maliciously disfigured.”

The police officers’ accounts of the chaos and the violence brings a chilling new understanding to what the world witnessed. 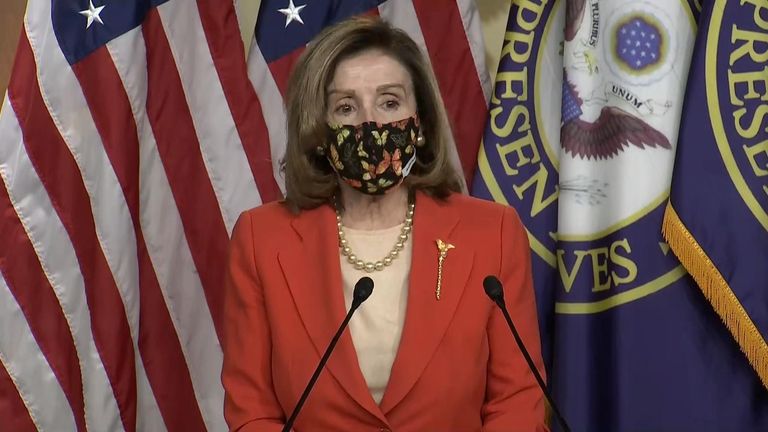 The footage is still being carefully studied by investigators.

In one video, police officer Michael Fanone can be seen being pulled from the building.

He was then beaten by the pro-Trump thugs on the steps of America’s seat of democracy.

He said: “Guys were grabbing at my gear, I had my badges ripped off, my radio was ripped off, one of my ammunition magazines was stripped from my belt and guys were trying to grab my gun and they were chanting: ‘Kill him with his own gun’.

“I thought… I could shoot them, they’re trying to kill me and I’m justified, but if I did that I’d provide them with the justification they needed to kill me.

“So then I thought I could appeal to someone’s humanity and I just started yelling that I have kids.”

Another police officer, Eugene Goodman, has also been feted for his bravery and is now in line for the congressional gold medal.

In video that has emerged he can be seen armed with just his baton and, at great risk, diverting the insurrectionists away from the unguarded entrance to the Senate, allowing members to escape.

But as some police officers are lauded for their heroism, others are being investigated. It is thought some had a role in the chaos.

The wider investigation is beginning to gather pace and so far there have been nearly 100 arrests.

Authorities are still trying to identify more suspects, including the man wanted in connection with the murder of police officer, Brian Sicknick.

And it is feared there could be more attacks in the days leading up to the inauguration of President-elect Joe Biden.

Thousands of National Guard troops are fanned out across the capital, fortifying institutions.

This city now has all the hallmarks of a war zone. It is a sad reflection of the state of politics in a country which feels increasingly under siege.

Netflix says new password sharing rules were posted by accident
What Is Happening In Publishing?
LAUSD launches mentorships for homeless, absent and struggling students
US shoots down Chinese ‘spy balloon’ off Carolina coast
Things to do in the San Fernando Valley, LA area, Feb. 2-9