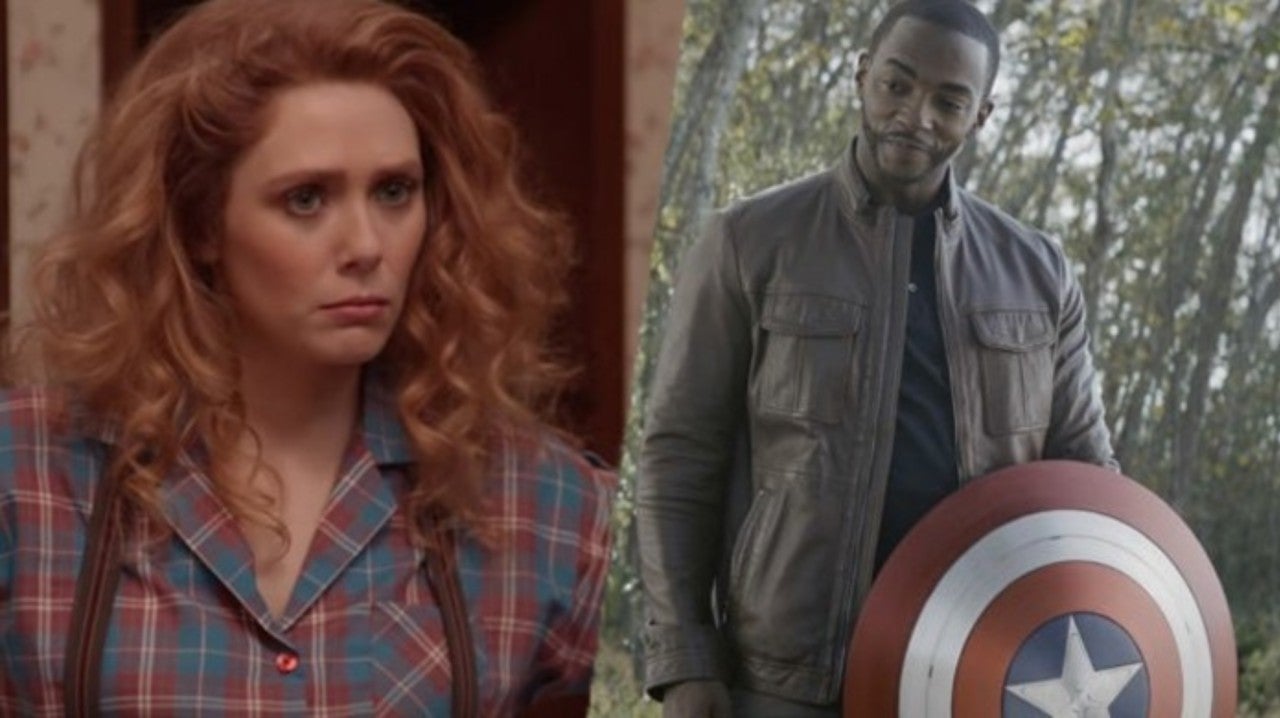 The Falcon and the Winter Soldier star Anthony Mackie decided to crash the WandaVision premiere event. Marvel Studios had a question and answer period with the stars of the series. But, the Sam Wilson actor just couldn’t help himself in heckling Elizabeth Olsen and Paul Bettany before their show got rolling on Disney+. Fans are used to Mackie joking around with all of his Avengers co-stars by now. (None of them catches more flak than Tom Holland.) But, the Wanda and Vision actors had plenty to say about their “favorite” member of the MCU when he asked about it. If that weren’t enough, Tom Hiddleston and Benedict Cumberbatch also rolled through for some questions as well. So, it was basically one big party on the eve of WandaVision’s release. Check out what The Falcon star had to ask the cat down below.

“Hey guys, so excited to finally see your show. I can’t believe it’s finally coming on, since you two are my favorite Avengers,” he smiled. “I have a question for you. What makes me your favorite Avenger?”

Bettany was the first to wander out with an answer. “Well, one of the things…actually a couple of the things I love about your character is his humility. The fact that he never sucks the air out of the room.”

“I do have to say, I do love your one-offs. You’re very good with coming up with them on the spot and they usually make the picture. So, that I do love about you Mackie,” Olsen laughed. “But, you’re not in this one, so sit down!”

WandaVision premieres on Disney+ on January 15th. The rest of 2021’s line-up includes The Falcon and the Winter Soldier, which is scheduled to premiere on Disney+ on March 19th, Black Widow in theatres on May 7th, Loki debuting on Disney+ in May, Shang-Chi and the Legend of the Ten Rings in theatres on July 9th, What If… on Disney+ this summer, Eternals in theatres on November 5th, Ms. Marvel and Hawkeye are coming to Disney+ later in the year, and Marvel’s Spider-Man 3 is in theatres on December 17th.

Are you watching WandaVision tonight? Let us know down in the comments!