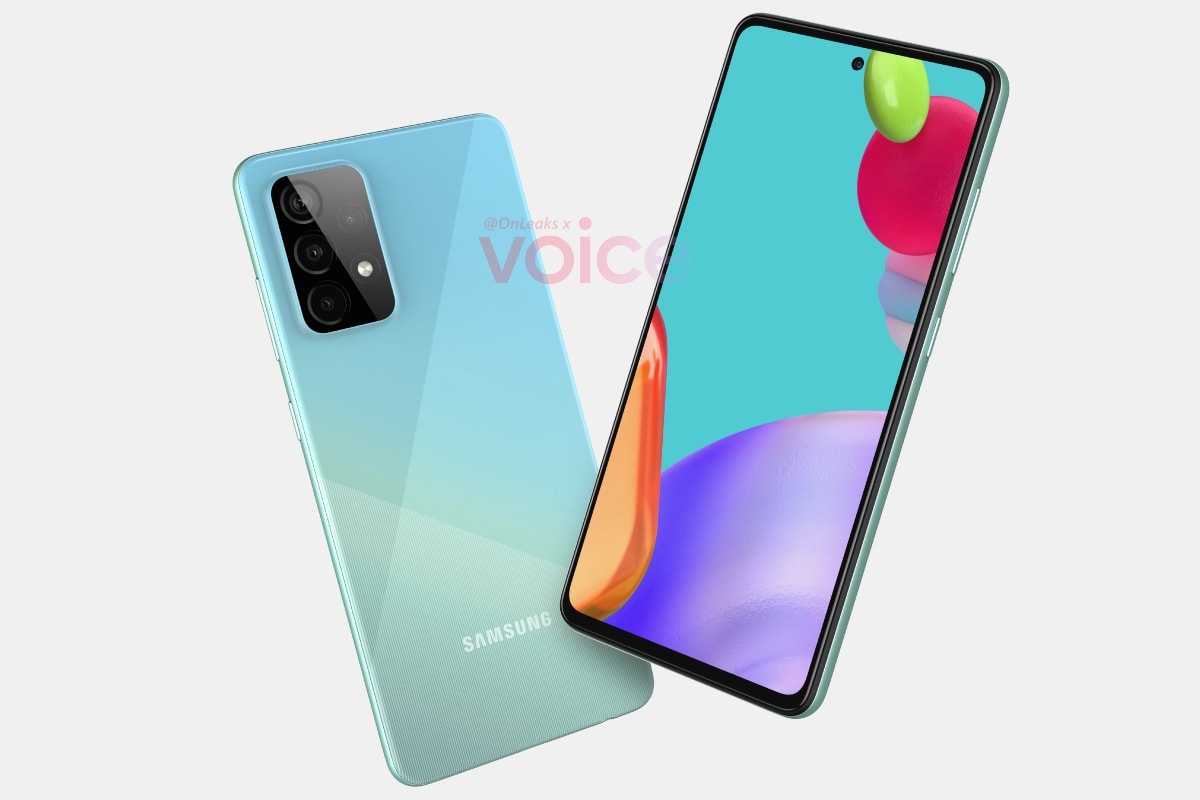 As per industry sources cited by by 91mobiles, production for the Samsung Galaxy A52 has already begun in Samsung’s Greater Noida facility. The report also suggests that the smartphone could be launched in the first half of 2021. This seems likely since the phone’s 4G variant recently received the Bureau of Indian Standards (BIS) certification.

Samsung Galaxy A52 5G version will also be launched in India, as per the report. This could be to compete with other 5G offerings from company’s like OnePlus, Xiaomi, and Vivo that are expected to launch in the country soon.

The smartphone’s leaked renders suggest that it may feature a 6.5-inch display with a hole-punch cut out for the selfie camera. The phone is also likely to have slim bezels all around. As per an earlier report, Samsung Galaxy A52 is expected to get a quad rear camera setup with a 64-megapixel primary sensor.

Samsung Galaxy A52 5G has received 3C network certification in China, as per a recent report, which tips that it will support 15W fast charging. A phone with model number SM-A525F, believed to be the Galaxy A52 4G, was also spotted on Geekbench benchmarking website. The listing suggests that it could be powered by a Qualcomm processor likely to be the Snapdragon 720G. The 5G variant, however, is expected to have Qualcomm Snapdragon 750G SoC under the hood.