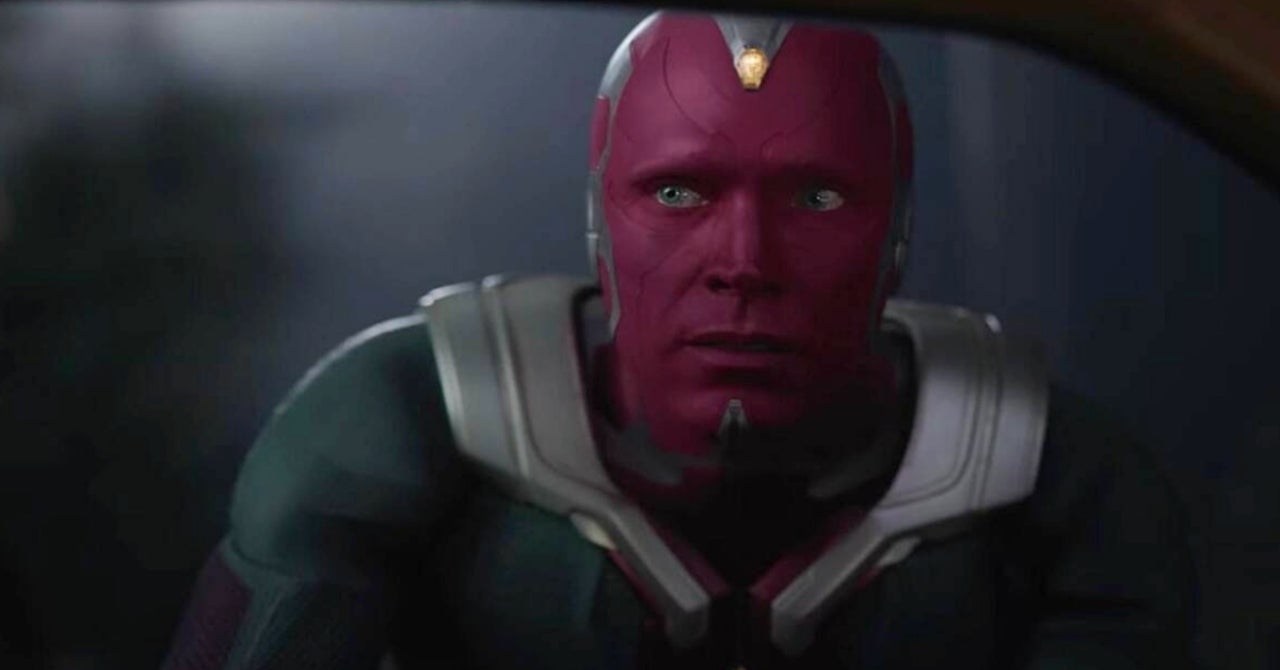 Paul Bettany believed Marvel chief creative officer Kevin Feige was firing him from the MCU when called into a pitch meeting for WandaVision, which reunites Bettany’s Vision with Wanda Maximoff (Elizabeth Olsen) after his death in Avengers: Infinity War. The first Marvel Studios series, which launches Phase Four of the Marvel Cinematic Universe when it premieres Friday on Disney+, is set after Wanda and other snapped-away heroes return to life in Avengers: Endgame. Because Vision dies twice during Infinity War — first at Wanda’s hand, then by Thanos’ (Josh Brolin) — Bettany thought his decade-long journey in the MCU had reached its end.

“So my contract was up, and I got a call from Kevin Feige saying, ‘Can you come into the office?’ And when the boss calls you up and says to come by the office when your contract is up, you know what that means,” Bettany told The Hollywood Reporter. “So I looked at [wife] Jennifer [Connelly], and I was like, ‘I’m outta here.'”

Bettany continued, “So I went in, and I didn’t want anything to be uncomfortable between us all because it’s been such a great time. So I walked in and said, ‘Kevin and Louis [D’Esposito, Marvel Studios co-president], I love you. I totally get it. It’s been a great run and no hard feelings.’ And Kevin went, ‘Wait, are you quitting?’ And I went, ‘No, aren’t you firing me?’ And he went, ‘No, we were going to pitch you a TV show.’ So I went, ‘Oh, okay. Yeah, I’m in.’ (Laughs.) So that’s how that happened. I’m always thinking I’m about to get fired. I’ve spent my life thinking I’m about to get fired.”

It was because of WandaVision that Bettany wasn’t disappointed about sitting out the iconic portals scene in Endgame, where Captain America (Chris Evans) assembles an army of heroes previously turned to dust by Thanos.

“I would have been [bummed], but by that point, I already knew why. And then we spent a year shooting the ‘why,'” Bettany previously told Jake’s Takes about not appearing in Endgame. “And Kevin explained it to me, and I thought, ‘It’s hard to argue with his logic.’ He’s very smart, and he’s got very good instincts. So I trusted it.”

Why Tom Verlaine Was the Ultimate New York Guitar God
‘Mymy was our biggest cheerleader’
‘It Felt Like a Rape’: Pamela Anderson on Her Sex Tape Saga
Topshop pensioners fashion £1bn funding deal with Aviva
Twitter accused of being behind on rent once again – and this time, it involves King Charles