More than 400,000 police records have accidentally been deleted from a national database, prompting warnings that criminal investigations could be compromised, Sky News understands.

It was initially reported by The Times that 150,000 records were lost, but it is now understood the figure is much higher. 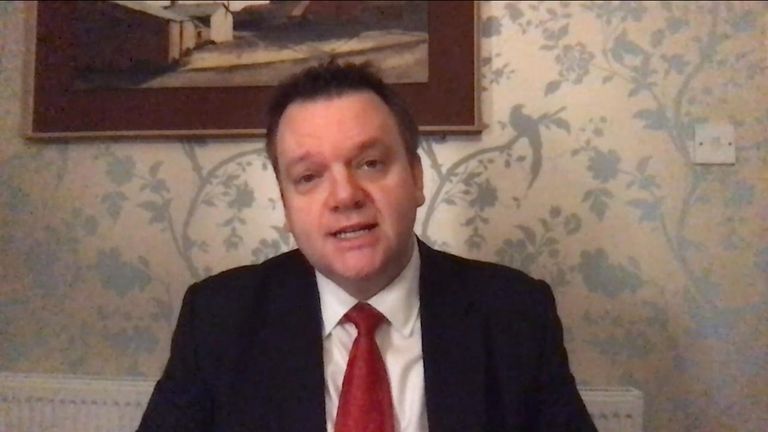 ‘The scale of this looks to be increasing’

It is believed some of these records overlap and apply to the same crime or individual.

These figures are understood to be a “best estimate” as authorities are still trying to establish the full scale of the data wipe.

One senior officer told Sky News that investigations could be compromised as information would be unable to be cross-referenced because of the deleted data.

The issue occurred during routine maintenance of the Police National Computer this week.

The policing minister explained: “Unfortunately down to human error, some defective code was introduced as part of that routine maintenance earlier this week and that’s resulted in a deletion of some records and that’s currently under investigation.”

In a later statement, Mr Malthouse said the issue had been identified and corrected “so it cannot happen again”.

He confirmed officials are now “working at pace to recover the data”, adding: “While the loss related to individuals who were arrested and then released with no further action, I have asked officials and the police to confirm their initial assessment that there is no threat to public safety.”

Earlier, the Home Office said “no records of criminal or dangerous persons have been deleted” and “no further records can be deleted”.

But police sources confirmed that a letter sent by the National Police Chiefs’ Council yesterday said some of the deleted records were marked “for indefinite retention following conviction of serious offences”.

Sources also say that references in the letter to “near misses” where biometric matches have not been triggered in an investigation could be “optimistically written” and the consequences of the data loss could be wide.

London’s victims’ commissioner, Claire Waxman, said she does not believe public safety will be unaffected by the error.

“In stalking & DA cases, we can see many arrests & no action until pattern of behaviour is identified,” she wrote on Twitter.

Speaking to Sky News, Labour’s shadow home secretary Nick Thomas-Symonds said: “You do not make our streets safer by losing such a substantial amount of information about criminal behaviour. This is extraordinarily serious.

“The home secretary needs to be gripping this and tell us what’s going to be done to mitigate the risk, to try and recover this data and how do we prevent it from happening again.”

Mr Thomas-Symonds has written to Home Secretary Priti Patel urging her to explain what led to the large data loss.

But government sources said the shadow home secretary had turned down a briefing with Mr Malthouse on Friday, so home affairs committee chair Yvette Cooper was briefed instead.