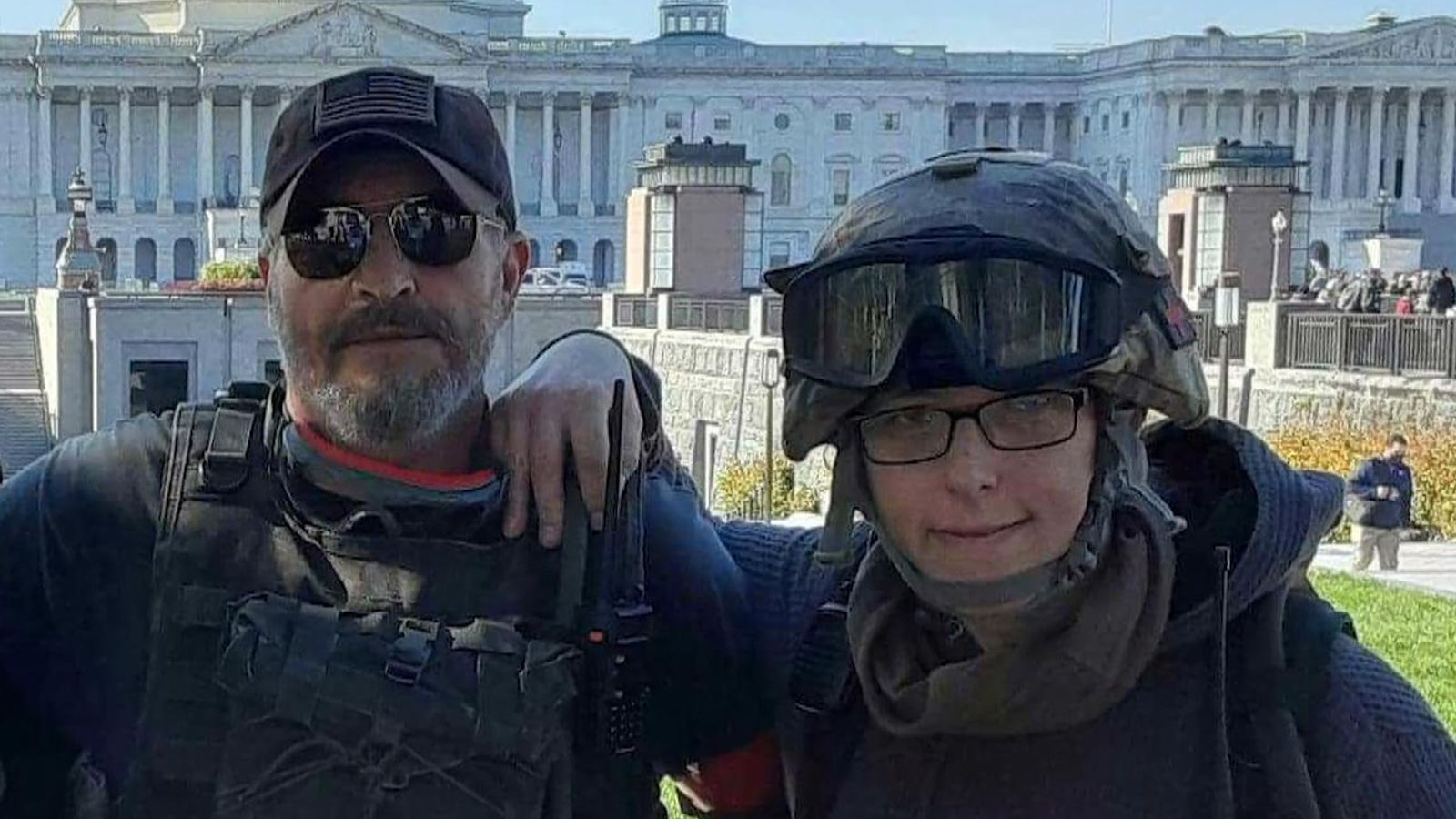 America is finally waking up to the problems caused by its polarising politics.

And if Sky News’ investigations into one small community in mid-west Ohio are anything to go by, it is going to be one heckuva big, continual challenge – long after the US inauguration on Wednesday.

The Sky team in Ohio tracked down several members of a militia group who were part of the crowd that stormed Washington’s Capitol building on 6 January.

Our forensics unit sifted through hours of footage taken on the day to pinpoint them in the midst of the Washington mob.

One of those identified is a 38-year-old woman called Jessica Watkins who served in the US army in Afghanistan and is the commander of a local armed militia called the Ohio Regular Militia.

Militia members told us the group existed to “protect people at protests”, was non-partisan and helped those injured from all political persuasions.

She was spotted in the crowd outside the Capitol at the back of a line of “Oath Keepers” making their way inside the building.

The Oath Keepers are all dressed in camouflage combat gear with ballistic helmets and body armour and their militia name written in yellow on their backs.

In the video footage, they seem to be moving in formation in a human chain with one hand on each other’s shoulders as they snake their way up the steps.

The Oath Keepers also describe themselves as a nonpartisan association and are made up of tens of thousands of former military, police and other state agencies whose pledge is to defend the constitution. 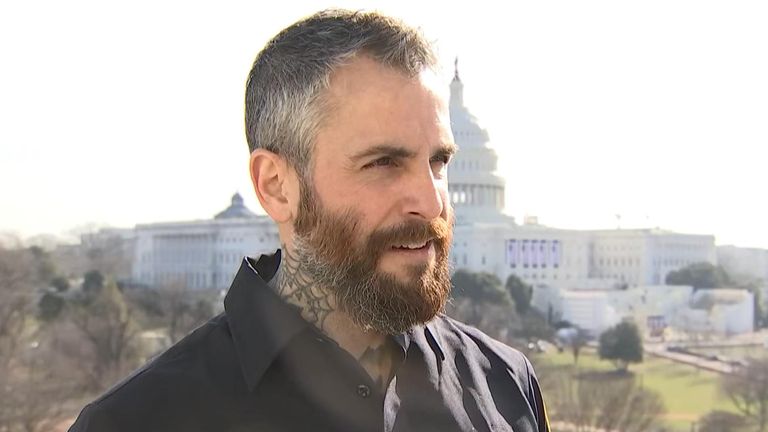 The Southern Poverty Law Centre, however, sees them very differently and identifies them as one of the largest radical anti-government groups in the US today.

Its website says: “While it claims only to be defending the constitution, the entire organisation is based on a set of baseless conspiracy theories about the federal government working to destroy the liberties of Americans.”

Jessica Watkins runs a bar in the town but declined to speak to us when we turned up outside her home.

She has given just one interview to her local newspaper, the Ohio Capital Journal, and since then those closest to her told us she has been bombarded with calls as the hunt has intensified to try to identify all those involved in the Washington gathering.

We spoke to one of her closest friends who told us she considered herself a patriot who had done no wrong.

“Jessica at no point was in an area not open to the public,” her friend said.

“She stopped individuals within her sphere of influence from smashing or stealing.

“She helped lead disoriented, never-before-teargassed people out of the crowded Rotunda to the grounds.”

He said she had left her information with the Capitol Hill Police Department and believed herself to be innocent.

The FBI is investigating nearly 300 suspects already and is currently examining around 140,000 digital tips including a mountain of footage live-streamed on social media platforms or recorded at the time.

FBI officials have vowed to track down those involved and hold them to account whether it is for illegally trespassing on government property or involvement in vandalism or looting.

One of those who belongs to Ms Watkins’ militia, and who was also spotted outside and inside the Capitol building, is a former Marine called Donovan Crowl.

His mother, Teresa Rowe, told us in a telephone interview that she had been estranged from him for several years and “kicked him out of the house for his right-wing views”.

“I think he should face jail time,” she told us.

“He broke the law, it pains me to say that but he is not the same person that I used to know…I mean he’s not my sweet boy from years ago, he’s totally done a 180 degree and it breaks my heart to say that.”

Although we repeatedly attempted to contact Donovan Crowl by telephone and visited his house several times, there was no answer.

Almost every house in the small community is bedecked with Trump flags and we spotted several with printed profanities against liberals and all those who voted for Joe Biden.

Many of the residents did not respond to our attempts to talk to them or categorically told us they did not want to comment.

There appeared to be a high degree of antipathy towards the media and reporters in the town.

One resident of the town told us: “It doesn’t surprise me at all. I saw actions like the Capitol happening and slowly brewing for four years now.”

In Ohio with Alex Crawford were cameraman Richie Mockler and producer Emily Upton.