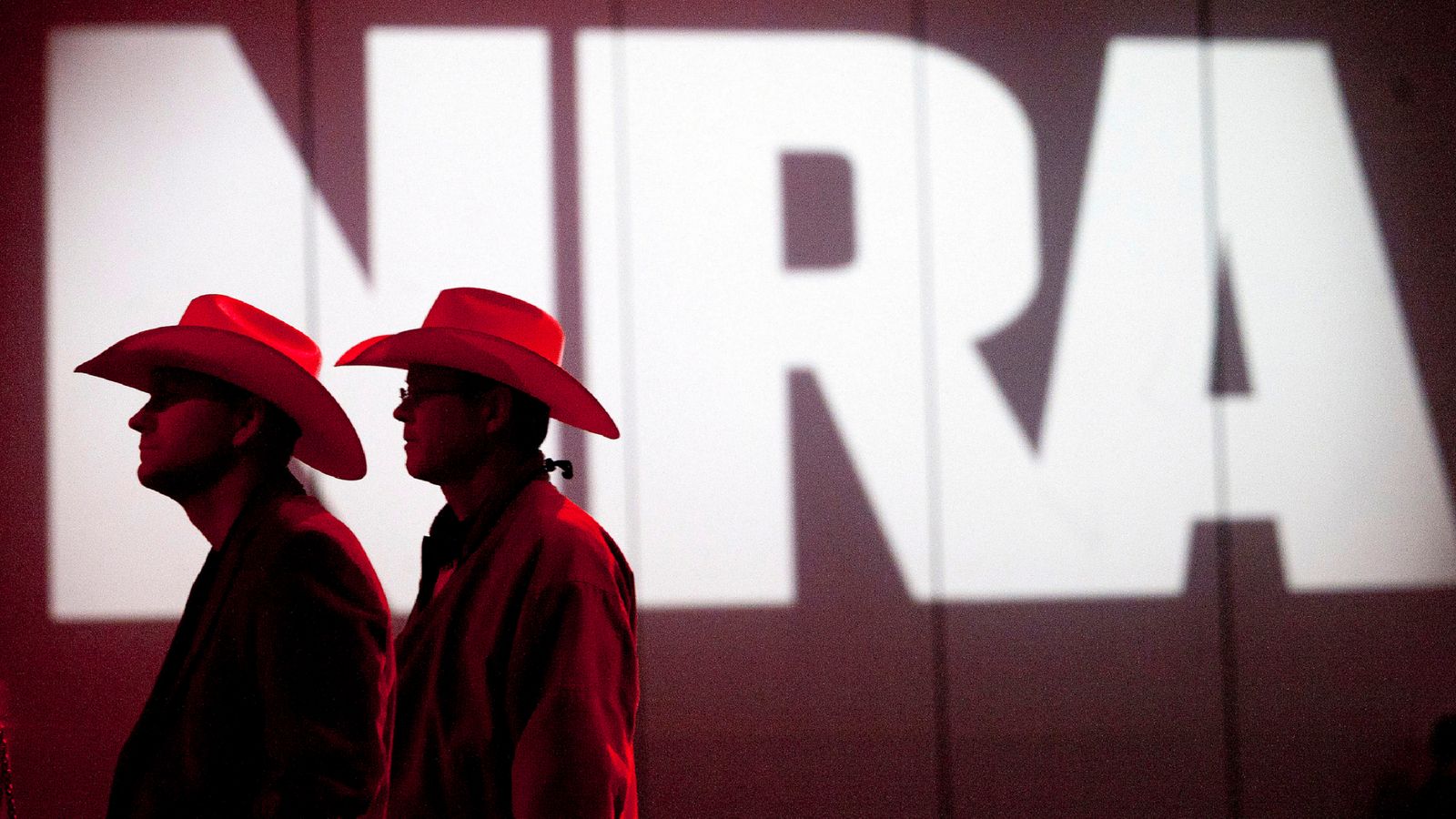 The National Rifle Association (NRA) has announced it has filed for bankruptcy petitions in a US court as part of a restructuring plan.

The gun rights advocacy group said it would restructure as a Texas nonprofit to exit what it described as “a corrupt political and regulatory environment in New York”, where it is currently registered.

It comes four months after the New York Attorney General filed a lawsuit to dissolve the organisation over allegations of financial misconduct.

In a message issued to its members and supporters on Friday, the group said the decision to file voluntary chapter 11 petitions in the United States Bankruptcy Court was not due to financial problems.

“You know that our opponents will try to seize upon this news and distort the truth,” the statement said.

“Don’t believe what you read from our enemies. The NRA is not ‘bankrupt’ or ‘going out of business’. The NRA is not insolvent. We are as financially strong as we have been in years.”

The message suggested the decision had been taken as a direct result of the lawsuit in New York.

“We are leaving the state of an attorney general who, just a few months ago, vowed to put us out of business through an abuse of legal and regulatory power,” it said.

“Subject to court approval, the NRA is pursuing plans to reincorporate in the State of Texas.”

A separate statement from the organisation said the “move will enable long-term, sustainable growth and ensure the NRA’s continued success as the nation’s leading advocate for constitutional freedom – free from the toxic political environment of New York”.

“The NRA is pursuing reincorporating in a state that values the contributions of the NRA, celebrates our law-abiding members, and will join us as a partner in upholding constitutional freedom.”

The NRA has previously faced allegations it wields disproportionate influence on American politics through extensive lobbying.

It has played a key role in preventing tighter restrictions on gun sales, despite a series of deadly mass shootings and opinion polls repeatedly showing a significant majority of Americans favour stricter controls on weapons.

Announcing her move to dissolve the group in August, New York Attorney General Letitia James accused it of siphoning millions of dollars from its charitable mission for personal use by senior figures.

“The NRA’s influence has been so powerful that the organisation went unchecked for decades while top executives funnelled millions into their own pockets,” she said.

“The NRA is fraught with fraud and abuse, which is why, today, we seek to dissolve the NRA, because no organisation is above the law.”