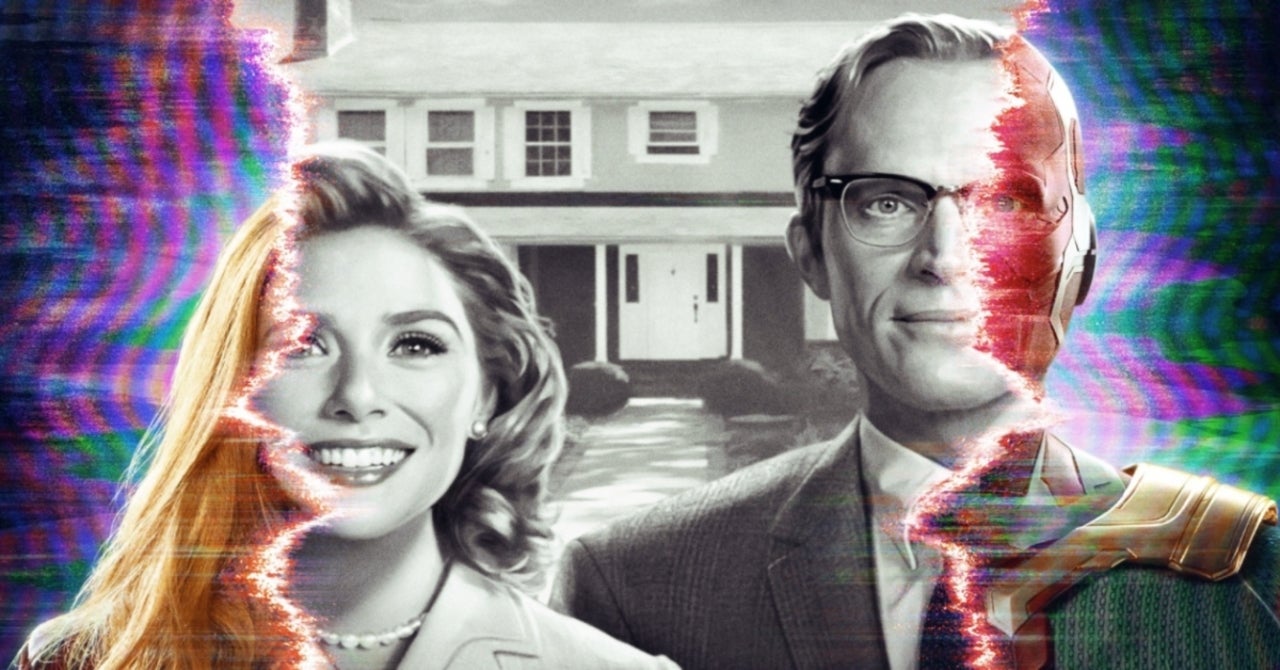 WandaVision released some animated stickers for Instagram Stories this weekend. The Disney+ series got rolling this morning and tons of people are flocking to the platform to see what Marvel Studios has been up to. In the event that anything this big releases online, there is going to be social media buzz. 100% Soft posted about the animated gifs ready to use in those stories as Wanda and Vision’s journey gets started. Their artwork really captures that early sitcom look that WandaVision has nailed in the first two episodes. So much is still to come on Disney+, and you can bet that social media will be full of theories for weeks to come. (I might suggest muting the keywords on places like Twitter and YouTube if you want to cruise through the entire show without the theorists blowing up the spot.)

Made some new #WandaVision animated stickers that you can use on your Instagram Stories, just search WandaVision in GIFs! #WandaMaximoff #TheVision pic.twitter.com/j1SASEw6Hl

Paul Bettany, who plays Vision recently told EW that he wasn’t sure if the sitcom approach would work for his character. However, the early returns indicate things are progressing just fine.

“Initially, I was a little worried about it, but then I realized Vision’s actually always been changing,” Bettany explained. “You see him born, for goodness’ sake. He’s omnipotent, but very naïve. By Civil War, he’s beginning his burgeoning interest in humanity and love. By Infinity War, the irony is he’s almost more human than he’s an android. Then I realized [WandaVision is] just throwing in a bit of Dick Van Dyke and Bryan Cranston and a little bit of hilarity. It can absorb that, as long as [Vision’s] central core is this decent, kind creature who just lives full of wonder.”

WandaVision is currently streaming on Disney+. The rest of 2021’s line-up includes The Falcon and the Winter Soldier, which is scheduled to premiere on Disney+ on March 19th, Black Widow in theatres on May 7th, Loki debuting on Disney+ in May, Shang-Chi and the Legend of the Ten Rings in theatres on July 9th, What If… on Disney+ this summer, Eternals in theatres on November 5th, Ms. Marvel and Hawkeye coming to Disney+ later in the year, and Marvel’s Spider-Man 3 in theatres on December 17th.

Have you been posting about WandaVision on social media? Let us know down in the comments!