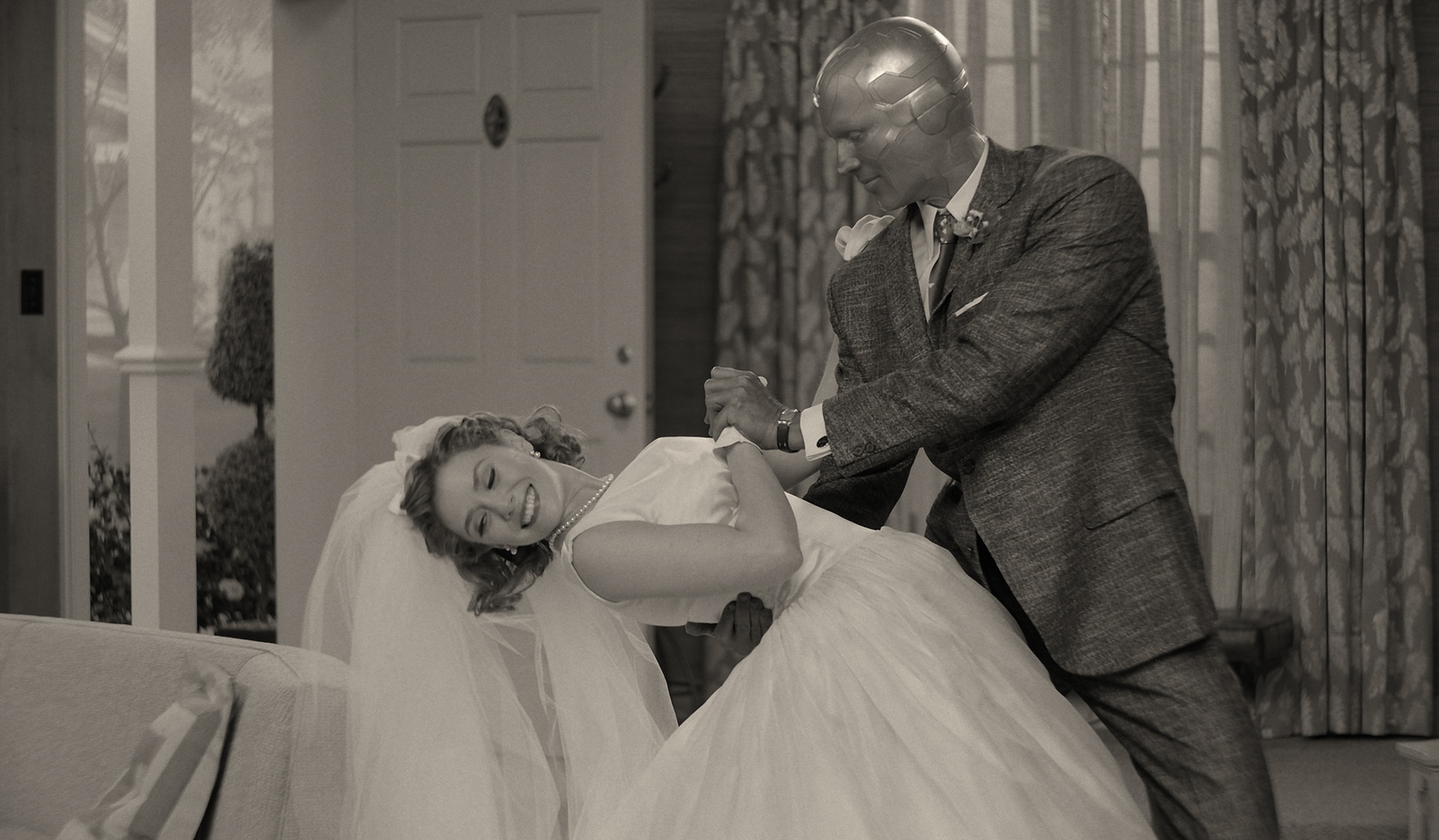 While the Marvel Cinematic Universe has, over the past 13 years, gone from milestone to milestone, churning out billion-dollar babies like Black Panther, Captain Marvel, Captain America: Civil War and the highest grossing movie of all time, Avengers: Endgame, the company’s stablemate under the Disney corporate umbrella — Lucasfilm — has stumbled.

Lucasfilm’s most recent theatrical entries in its iconic space opera franchise, Solo: A Star Wars Story and Star Wars: The Rise of Skywalker, were respectively an outright flop and the lowest-grossing entry in the Sequel Trilogy. Then came The Mandalorian, the first live-action Star Wars TV series to premiere on Disney+. It launched to fan and critical praise, giving the new streaming service a massive promotional boost and washing away some of the bad taste left by those last two movies.

And now Marvel is stepping up to the Disney+ plate, premiering its first show, WandaVision, this past Friday with as many as 10 more series to come. While the black and white sitcom format of the early episodes is utterly different from anything Marvel has done before, it’s almost certain that the show will have ramifications for the MCU down the line.

The Mandalorian adopted some of the same universe-sharing techniques that Marvel has used for its nearly two dozen interconnected movies. At an online press conference for the premiere of WandaVision, Marvel Studios president Kevin Feige was asked if there was anything in the approach that showrunners Jon Favreau and Dave Filoni took with The Mandalorian that Feige, showrunner Jac Schaeffer and director Matt Shakman applied to WandaVision.

“We were all underway on WandaVision long before we saw The Mandalorian,” replied Feige. “There is lots of The Mandalorian that has inspired us at Marvel Studios, not the least of which is the stage craft and technology that they pioneered that we’re using on an upcoming project. I think though, it was wonderful to see the amazing job that Disney did and Disney marketing did in event-izing that. One of the things I was always concerned about was that anything that we do, we want to event-ize.”

Feige added that it was important for fans to know that the shows Marvel is producing for Disney+, which will include The Falcon and the Winter Soldier, Loki, Hawkeye, Moon Knight, Ms. Marvel, and many more, are equally significant to the overall MCU as upcoming Phase 4 movies like Black Widow, Doctor Strange in the Multiverse of Madness and the third Spider-Man movie.

“We want to feel that same excitement and the Disney marketing team is best in the world (at that),” explained Feige. “They certainly showed that they can do that spectacularly on Disney+ with The Mandalorian, and also the fun week-to-week discussion, which I guess happens on all week-to week television. Sometimes a series drops all at once on streaming services, and Disney I think was very smart to do the week-by-week because that conversation that happens every week between episodes, I think, is very important, and frankly just a lot of fun.”

Marvel fans will have plenty of time to talk about WandaVision, with seven more episodes of the limited series rolling out over the next seven weeks. The Falcon and the Winter Soldier will follow hard on its heels after that. Based on what we’ve seen so far, the last thing Feige will have to worry about is sustaining the fans’ excitement.

New episodes of WandaVision premiere every Friday on Disney+.