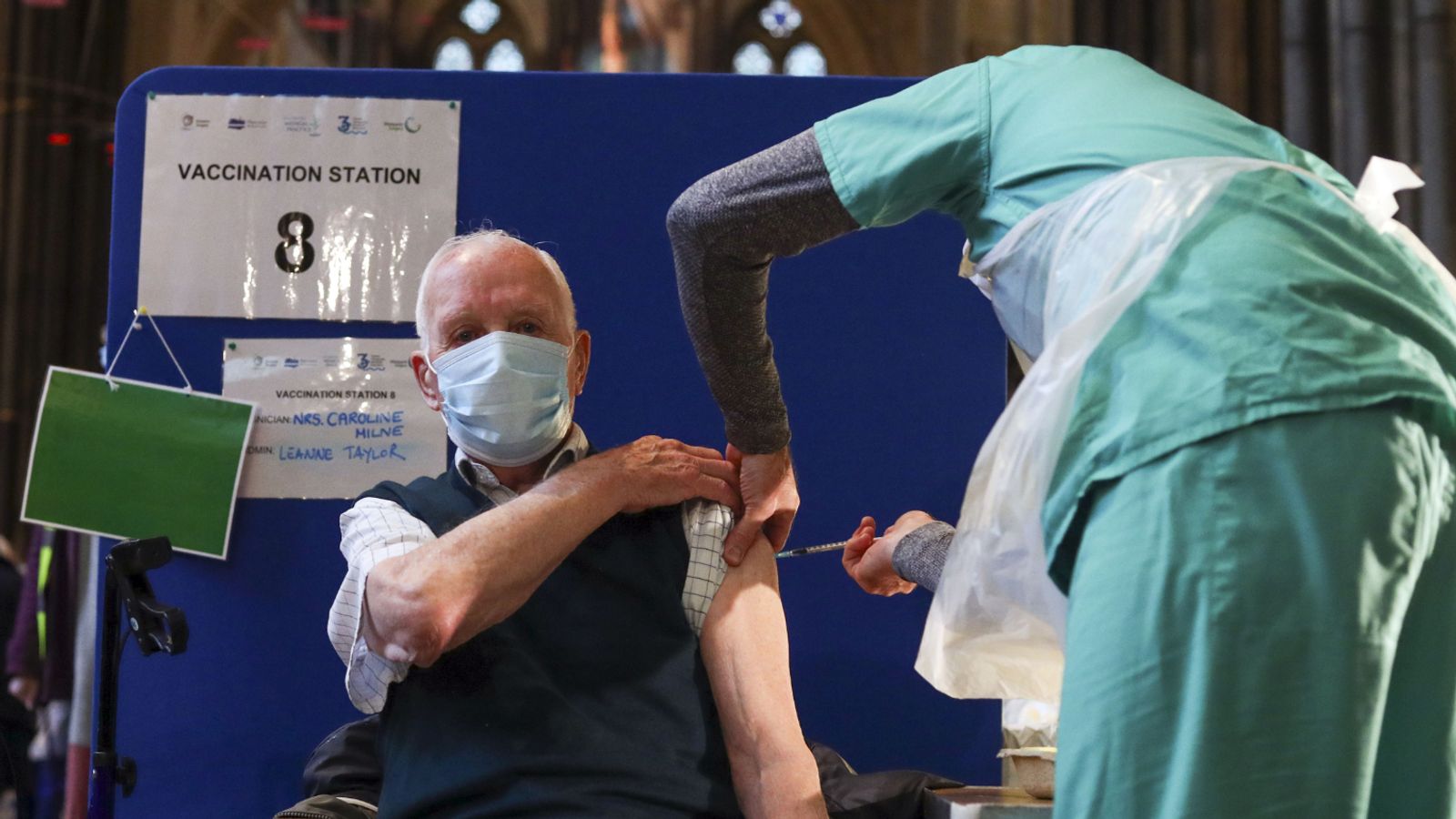 All UK adults will be offered the first dose of a COVID vaccine by September, Dominic Raab has told Sky News.

Speaking on Sophy Ridge on Sunday, the foreign secretary said: “Our target is that by September to have offered all the adult population a first dose, if we can do it faster than that great but that’s the roadmap.”

The target is more specific than the government’s vaccine delivery plan, published a week ago, which said that level of protection should be hit “by the autumn”.

The foreign secretary refused to guarantee that everyone will get their second vaccine dose within 12 weeks.

He said only that the government “ought to be able to deliver on that”.

Mr Raab also said that he hoped some restrictions can be lifted “gradually” by March so the country can “get back to normal”.

He said the things that put that “at risk” are the new variants and pressure on the NHS, as he urged people to follow the rules.

The foreign secretary also refused to rule out the possibility of special “quarantine hotels” for people coming into the country.

It comes after The Sunday Times reported that officials have been told to prepare for the creation of such facilities for those arriving in Britain.

Mr Raab said: “We’ve considered all of the possibilities.”

He added: “We’ll consider all the measures in the round.”

The foreign secretary also said the government will “beef up” enforcement of international travel restrictions with more checks at the border and increased capacity to make sure people are self-isolating.

He added that, given the current situation, people should not be going on holiday and it is “not appropriate”.