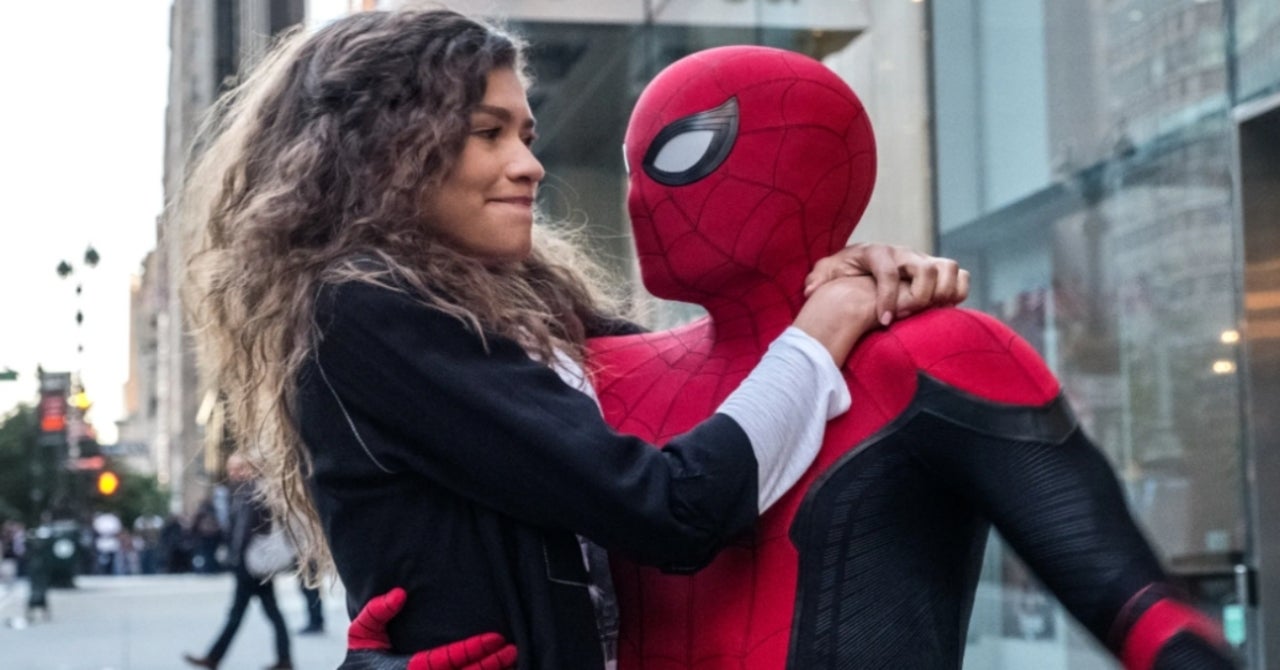 Peter Parker (Tom Holland) and MJ (Zendaya) reunite in footage captured on the set of Marvel and Sony’s Spider-Man 3. New photos from the Atlanta set revealed a snowy Christmas setting and the pastry shop where MJ now works months after summer vacation in Far From Home, which ends with Mysterio (Jake Gyllenhaal) framing Spider-Man for murder. When Peter and MJ return to New York after their class field trip to Europe, the new couple watches as DailyBugle.net‘s J. Jonah Jameson (J.K. Simmons) releases manipulated footage blaming Spider-Man for unleashing a weaponized drone army on London. Their vacation is officially over when Jameson exposes Spider-Man’s secret identity on live television, turning Parker into public enemy number one.

Set footage captured by the Daily Mail U.K. shows Parker “nervously” entering the pastry shop where MJ works with Ned (Jacob Batalon), who does not appear in the recording. According to an on-set description of the scene, “Tom walked over as if almost preparing to ask her out, but appeared to think better of it once he went inside. Zendaya slid his coffee across the counter before Tom walked out.”

New set photos revealing a closer look at the scene (from JustJared) shows MJ wearing the Black Dahlia necklace gifted to her by Peter in Far From Home, but it’s unclear if their romance continues by the time of Homecoming 3.

Zendaya and Tom Holland on the set of SPIDER-MAN 3 in Atlanta!

Amid rumors that previous Spider-Men played by Tobey Maguire and Andrew Garfield will join Holland’s Spider-Man in the threequel, Zendaya told Jimmy Kimmel Live in December that “everything is very secretive.” Asked if the Spider-Man trilogy and Amazing Spider-Man stars return in Homecoming 3, Zendaya said only that she “can neither confirm nor deny” their involvement.

Marvel Studios president and Spider-Man producer Kevin Feige has only confirmed that Homecoming 3 would connect to WandaVision and Doctor Strange in the Multiverse of Madness, describing the still-untitled Spider-Man sequel as a New York City-set adventure that brings Peter out of the shadow of late mentor Iron Man (Robert Downey Jr).

“It’ll be fun to see Spidey back in his element, out of the shadow of Tony, out of the shadow of the other Avengers, as his own man now, as his own hero,” Feige said in 2019. “And yet now facing his own challenges that aren’t coming from Avengers fighting, like [Captain America: Civil War], or aliens coming, like [Avengers: Infinity War] or [Avengers: Endgame]. It’s all Peter focused and Peter based.”

Marvel and Sony’s Spider-Man: Homecoming 3 swings into theaters on December 17.