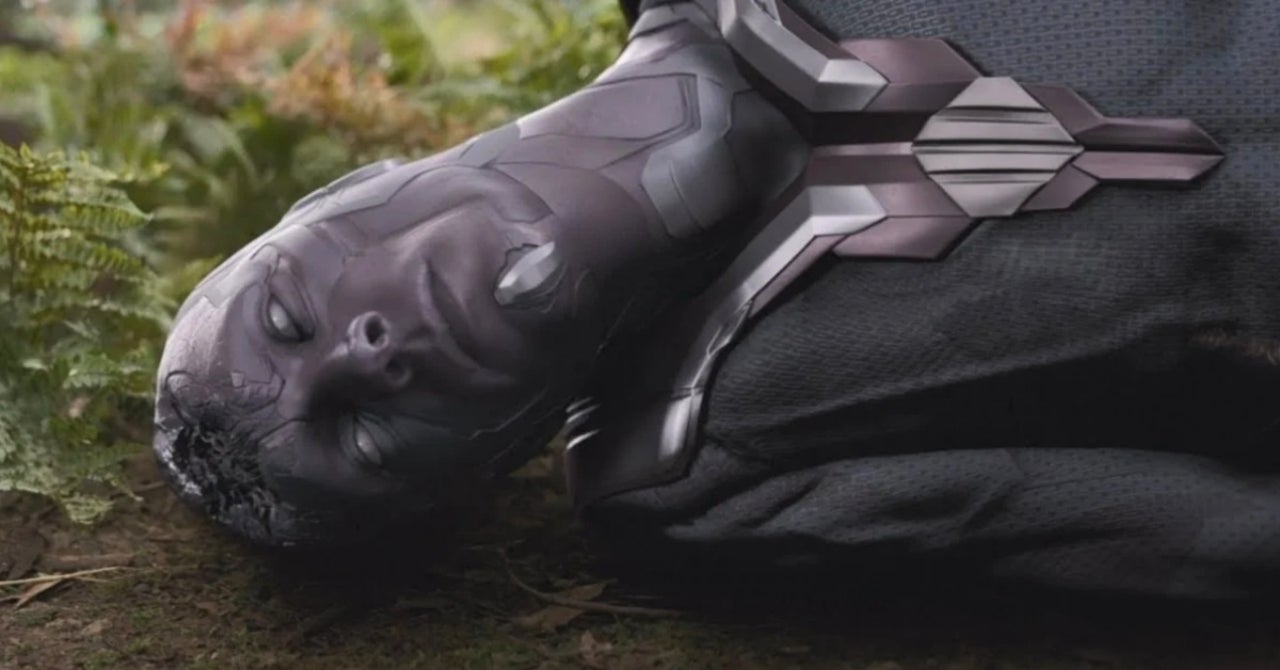 Paul Bettany reveals Avengers: Endgame scrapped a post-credits scene setting up WandaVision, the first original series from Marvel Studios. When Bettany filmed Vision’s death scene in Avengers: Infinity War, where the android Avenger dies twice, Bettany was unaware producer Kevin Feige was plotting his character’s return in what would become WandaVision. After Wanda Maximoff (Elizabeth Olsen) destroys the Infinity Stone embedded in Vision’s head, killing him in the process, he dies again when Thanos (Josh Brolin) rewinds time to prevent the destruction of the Stone he tears from Vision’s head. According to Bettany, he believed he only had a “10 to 15%” chance of returning after Infinity War:

“At one point I was going to be in a tag, where you opened a sort of body bag drawer and there was the Vision,” Bettany told Olsen in an “Ask Each Other Anything” session hosted by IMDb. “Kevin kind of talked to me and said, ‘I’ve got to pull the shots.’ I was like, ‘Ugh!’ Because I really wanted that profit participation (laughs).”

Bettany, who first portrayed the voice of J.A.R.V.I.S. in the Marvel Cinematic Universe-launching Iron Man in 2008, mistakingly believed Feige was firing him when called into what would be a pitch meeting for WandaVision.

“So my contract was up, and I got a call from Kevin Feige saying, ‘Can you come into the office?’ And when the boss calls you up and says to come by the office when your contract is up, you know what that means,” the Vision actor previously told The Hollywood Reporter. “So I looked at [wife] Jennifer [Connelly], and I was like, ‘I’m outta here.'”

Bettany continued, “So I went in, and I didn’t want anything to be uncomfortable between us all because it’s been such a great time. So I walked in and said, ‘Kevin and Louis [D’Esposito, Marvel Studios co-president], I love you. I totally get it. It’s been a great run and no hard feelings.’ And Kevin went, ‘Wait, are you quitting?’ And I went, ‘No, aren’t you firing me?’ And he went, ‘No, we were going to pitch you a TV show.’ So I went, ‘Oh, okay. Yeah, I’m in.’ (Laughs.) So that’s how that happened. I’m always thinking I’m about to get fired. I’ve spent my life thinking I’m about to get fired.”