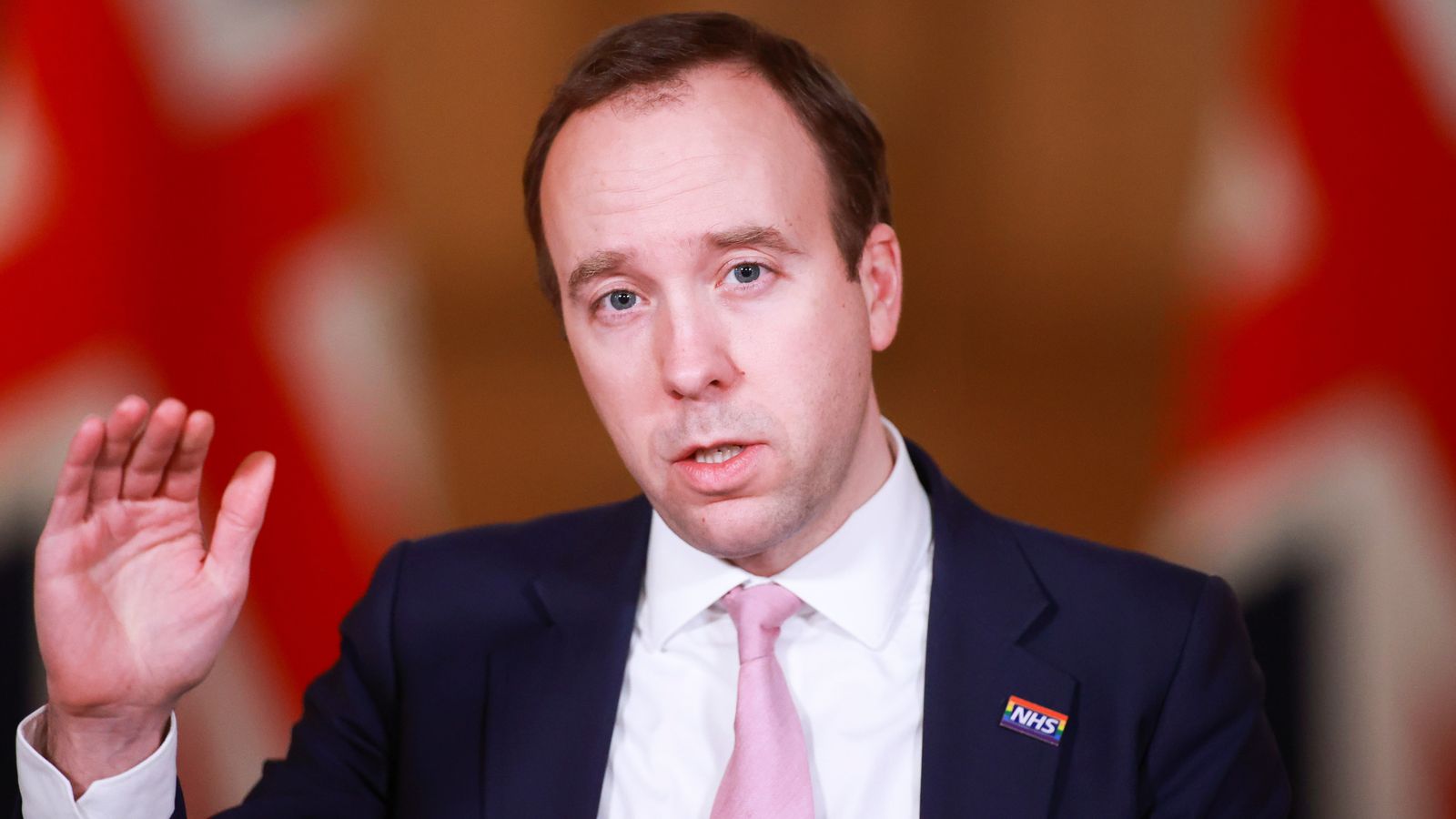 The health secretary has said there are “brighter times ahead” as the coronavirus vaccine rollout continues, but warned the public: “Don’t blow it now.”

“We are on the route out. We are protecting the most vulnerable. We are getting the virus under control,” Matt Hancock told a Downing Street news conference.

Live COVID news from UK and around the world

“Together, I know that we can do it and we have got to stick at it.”

He was speaking as the latest government data revealed a total of 4,514,602 COVID-19 jabs have been administered in the UK.

Mr Hancock said 10 new mass vaccination centres had opened in the UK on Monday, with some areas, like Slough, having already vaccinated their entire care home population.

But he also urged Britons to stick to the rules around social distancing and hygiene, as the programme continued to be rolled out.

He said the numbers of deaths need to be falling and pressure on the NHS reducing before measures can begin to be eased, along with the vaccine programme working and there not being the emergence of more new variants of the virus.

NHS England’s national medical director preached patience, saying that it will be “some time” before the vaccine begins to reduce the pressure on hospitals.

Professor Stephen Powis, appearing alongside the health secretary, said: “It is absolutely critical that we continue to stick to those social distancing rules that are in place. That we don’t rely yet on vaccines coming to our rescue.

“It will be some time before the effects of the vaccination programme are seen through into reducing pressure on hospitals. We all have a role to play in reducing the risk of transmission.”

Asked about lower numbers of vaccinations being administered at weekends, the health secretary said the programme is “absolutely delivering a full seven-day service and we are prepared to go 24/7”.

He added that people should not “read too much into an individual day’s data”, adding: “We are shovelling it out as fast as we can.”

With regional variations in the vaccine rollout becoming apparent in recent weeks, Mr Hancock said the government was “prioritising the supply of the vaccine into those parts of the country that need to complete the over-80s”.

He added: “The critical thing is to make sure that everybody can get it, that we’re putting more supply into the areas that have got more to do.

“[The] final thing I’d say on this point is that supply is the rate-limiting factor, the NHS have brilliantly been able to deliver the amount of supply that we have and that we have available ready to go out.”

Ministers have set a target of offering a jab to everyone in the top four priority groups by the middle of February.

After that, the government will move to people in the remaining five priority groups. 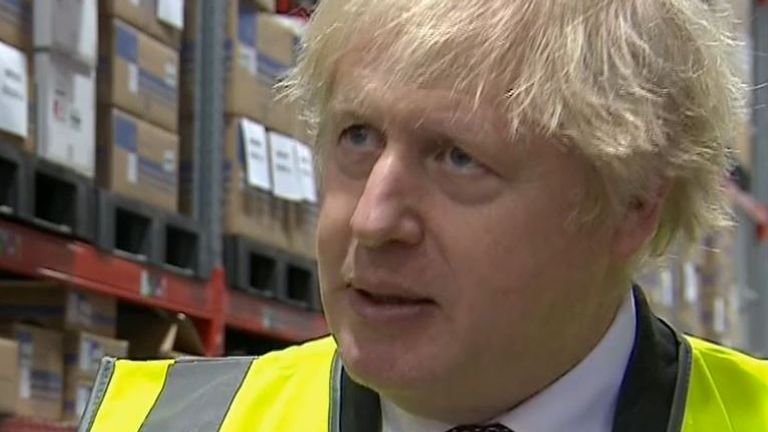 Easing will be gradual, not ‘open sesame’

In response to a question from Sky’s health correspondent Ashish Joshi, Mr Hancock said there should be a “national debate” on who gets the vaccine once the priority list has been worked through.

“After that it is essentially about protecting people as well as possible according to essentially a judgment who should come next,” he said.

“That is why I think we should have a debate about it. After that, it is really about protecting against transmission and making sure that we can get life back to normal as soon as possible.”

She said it was currently “very difficult” to put a date on when schools will reopen for all pupils in England.