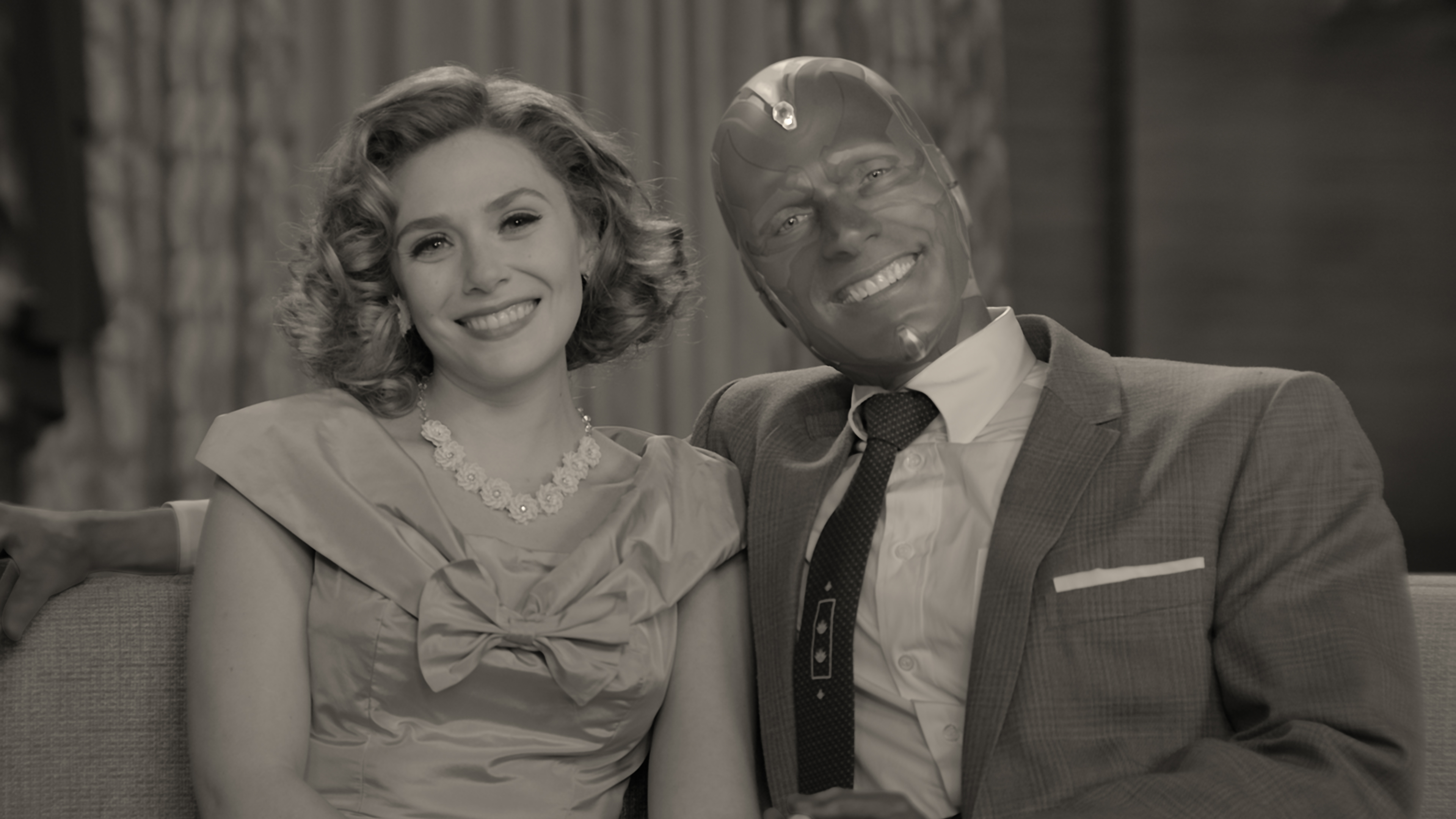 This article contains spoilers for WandaVision episodes one and two, and Doctor Strange.

Marvel geeks are still busy poring over Easter eggs and clues from the first two episodes of WandaVision, and everywhere you look there are new theories about the true nature of Wanda and Vision’s strange TV sitcom reality, and who might be behind it. We’re as excited as everyone else to delve into Marvel Comics history and make a case for our own theories about the intriguing new Disney+ series, so strap in, because the first episode of WandaVision might have already told us quite a bit about how the show will set up Doctor Strange in the Multiverse of Madness.

It all started with a tie – Vision’s tie, to be exact. The one he was still wearing when his boss Mr. Hart came over for dinner and choked on a piece of steak. Eagle-eyed viewers were struck by the strange symbol in the middle of Vizh’s smart accessory, and wondered what the rectangle with two dots inside it and two dots either end could mean, if anything. Some posited that the two dots inside might represent Wanda and Vision themselves, trapped inside this weird little universe full of TV tropes. Or perhaps it was just more of the ‘twin symbolism’ that tends to pervade Wanda’s existence – she herself is a twin, and gives birth to twins both in the comics and during the series.

But a new poster for WandaVision has now given us a much clearer look at Vison’s tie, and those aren’t dots inside the rectangle …they appear to be twin flames. Sure, it would still be pretty straightforward to write that off as twin symbolism and nothing more, but the tag line “Made in the Shade” feels very deliberate, and the biggest hint yet that Wanda’s new reality is linked to the Dark Dimension.

You may recall that Benedict Cumberbatch’s Doctor Strange is all too familiar with the Dark Dimension. He spent a significant amount of time there during the climax of his 2016 solo movie trying to undo Kaecilius’ twisted plan to bring its ruler, Dormammu, to Earth. Strange used a time loop spell to outwit Dormammu, but fellow sorcerer Mordo warned him that it would come with a cost.

Which brings us to the question: how are twin flames linked to Doctor Strange and the Dark Dimension? We’re glad you asked.

See, Doctor Strange’s nemesis isn’t originally from the Dark Dimension. He’s from the Faltine realm, a place full of extra-dimensional energy beings born from pure Magic who just happen to have bodies of made of living flame. Dormammu and his twin (yes) sister Umar were slightly different to other Faltine beings, though – they craved physical matter, and were eventually punted out of the Faltine dimension and into the Dark Dimension, which they conquered pretty easily. At one point, Dormammu and Umar took on human form. Dormammu flipped back to his natural state, but Umar didn’t, and she ended up trapped in a human body, which allowed her to give birth to a daughter called Clea.

Anyone with a fair amount of Doctor Strange lore stashed in their brain might be able to start piecing this together right about now. For everyone else, don’t worry, we won’t leave you in the dark: in the comics, Clea is Doctor Strange’s wife. Yes, he’s married to Dormammu’s neice. Marvel relationships, eh? Drama, drama, drama. Clea is heavily rumored to be introduced in Doctor Strange in the Multiverse of Madness, and if you’re wondering whether Doctor Strange’s link with the Faltinians goes any deeper, the answer is yes – summoning the mystical Flames of the Faltine is one of his most commonly used spells.

There are still pieces of this particular puzzle that we don’t have yet. If WandaVision’s reality has been forged by magic drawn from the Dark Dimension, are both Dormammu and Umar definitely involved? Have we already met Umar? Is it Emma Caulfield’s ‘Dottie’? Did Wanda use dark dimension power to alter reality herself? And how does a rumored link to Wanda’s comics mentor, Agatha Harkness, fit into the equation?

Then there’s the issue of the second WandaVision poster that Marvel released along with its Vision-focused ‘Made in the Shade’ image – even these official posters are twins – which shows Wanda in a similar TV ad with the tag line “A signal so smooth… you’ll think you’re in a dream.”

This reminds us of yet another of Doctor Strange’s mortal enemies, Nightmare, who controls the Nightmare Realm within the Dream Dimension and is yet another character rumored to appear in the Doctor Strange sequel. As the demonic torturer of myriad souls in their astral form, he’s known to gloat that the most precious of dreams often fall prey to nightmares, and that does seem to be happening in Wanda’s dream-like existence – in the first instance with Mr. Hart at the dinner party in episode one, where Vision sat helpless and distressed until Wanda demanded he help.

It’s possible that the twin flames are nothing to do with the Faltine, Dormammu, Umar, Clea or Doctor Strange, of course, but at an early entry point where everything from Grim Reaper’s helmet to a bottle of wine could be the key that unlocks WandaVision, it’s fun to be back on the trail of MCU clues.