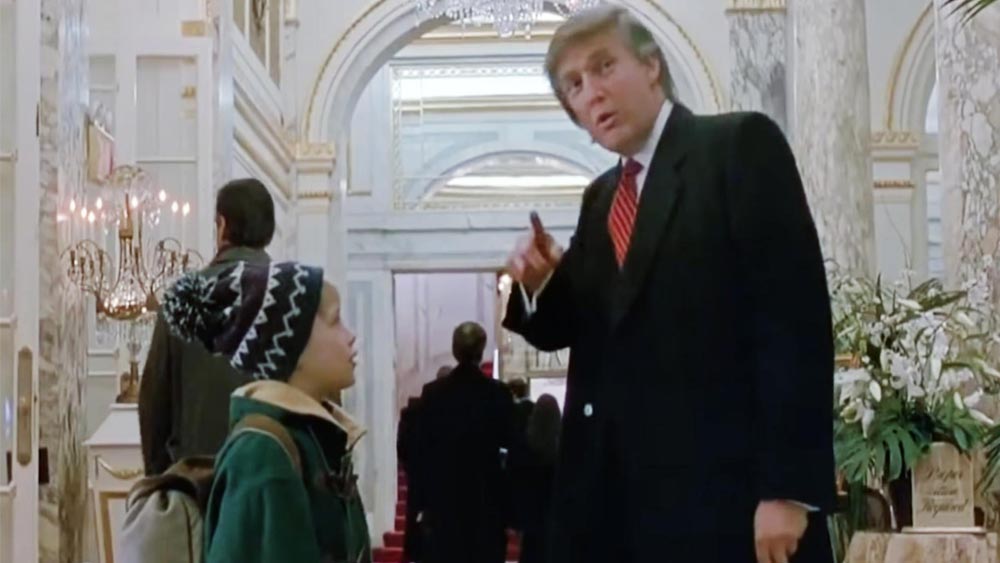 EXCLUSIVE: Donald Trump is facing possible expulsion from SAG-AFTRA. Deadline has learned that the union’s national board of directors will meet Tuesday morning in a special session regarding disciplinary action against him, which could lead to his expulsion.

The former star of The Apprentice – and soon-to-be former president – has been a member of the union and its forerunners, SAG and AFTRA, since 1989. The two unions merged in 2012.

Article XIV of the SAG-AFTRA Constitution states that members may be suspended or expelled for “engaging in actions antagonistic to the interests or integrity of the union.” Expulsion requires a two-thirds vote of the national board, but Tuesday’s meeting is just the the start of the process, which could take weeks to complete and includes a hearing on the charges against him.

The union, which is non-partisan and does not endorse or donate to political candidates or parties, has criticized Trump in the past for calling the news media “the enemy of the American people.” The union’s membership includes thousands of broadcast journalists. The breaking point for many in SAG-AFTRA, however, came on Jan. 6 when Trump exhorted a crowd of angry supporters to march on the U.S. Capitol and to “fight like hell. And if you don’t fight like hell, you’re not going to have a country anymore.” The violent insurrection that ensued led the House of Representatives to impeach Trump for the second time, accusing the president of having “willfully made statements that, in context, encouraged — and foreseeably resulted in — lawless action at the Capitol.”

The day after the riot, which left five dead and temporarily halted the final counting of the Electoral College votes, SAG-AFTRA issued a statement that “condemns in the strongest terms yesterday’s attack on America’s foundational principles. Rioters, emboldened and encouraged by a sitting president and his enablers who have peddled baseless conspiracy theories, stormed the U.S. Capitol in an attempt to subvert democracy. As a union and a democratic organization, we are appalled by this attack on the values we hold most sacred. The disgraceful scenes coming out of the nation’s capital have undermined America’s institutions and its standing in the world. Displays of the Confederate flag and other symbols of white supremacy and hate were meant to subjugate and terrorize people of color and those of certain faiths. This poison attacks the diverse membership of our union and the labor movement.”

The SAG-AFTRA Constitution states that “a member may be reprimanded, censured, fined, suspended or expelled from membership in the Union for any of the following offenses: 1. Violation of any of the provisions of this Constitution, or the policies, rules or regulations adopted by the Union or any of its Locals. 2. Engaging in actions antagonistic to the interests or integrity of the Union, any of its affiliated Locals or its membership, including providing services covered by the Union’s jurisdiction for any employer declared unfair by the National Board.”

The union has strict rules and procedures for disciplining members. According to its Constitution:

In October 2019, more than 400 delegates to SAG-AFTRA’s biennial convention unanimously passed a resolution in support of a “free and unencumbered press” that was aimed directly at Trump. The resolution, which didn’t mention Trump by name, stated: “We are living in an extraordinary time when the news media has been attacked as spreading false stories and as an enemy of the people. SAG-AFTRA has on at least two occasions since the last national convention, issued strong statements on behalf of a free and unencumbered press. Both of those occasions came after Trump made false and insulting remarks about the media.”

Donald Trump Raked In Over $1.7 Million For ‘The Apprentice,’ SAG-AFTRA Pension In 2019, Financial Disclosure Report Shows

According to a financial disclosure report he filed in August, Trump receives a $90,776 pension for the acting work he performed on SAG-covered shows and an $8,724 pension for his AFTRA-covered work. If he’s expelled, his pension wouldn’t be affected, nor would he be prevented from working in SAG-AFTRA’s jurisdiction.