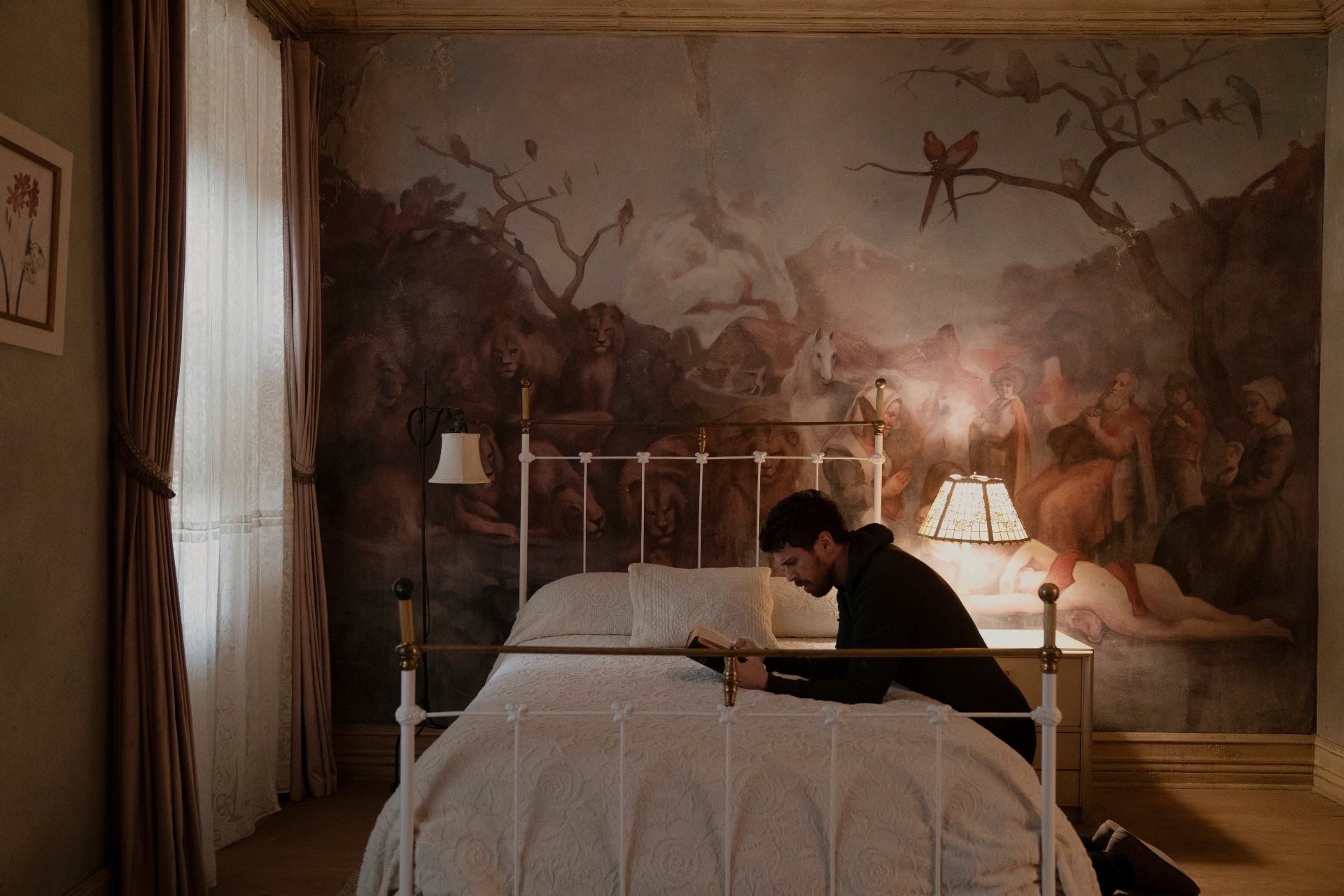 In case season 1’s 10 episodes hadn’t already made it apparent, Servant is a very strange slow-burn of a show. This series begins with the creepy concept of a young couple bringing in a nanny to take care of their lifeless doll son and only gets more bizarre from there.

That offbeat sense of unease reaches its height in the Servant season 2 premiere, “Doll.” This half hour finds the Turner family dealing with the immediate aftermath of the season 1 finale when maid Leanne Grayson (Nell Tiger Free) disappeared with the Turners’ baby…or what they think is their baby, leaving behind the original doll. What’s even stranger, however, is that Sean Turner’s (Toby Kebbell) sudden loss of smell and taste has evolved into a loss of the sense of touch as well.

While Sean’s condition is one of Servant’s most mysterious ongoing features, “Doll” actually provides a possible reasoning…and it is fittingly supernatural. In “Doll,” Sean visits Leanne’s old room and finds her Bible under her bed. As he flips through the pages he comes across one with his name “Sean” written in the margins. At the top of that page is the header “The Test of Leprosy.”

One enterprising Reddit user, Itzcheezybaby, took it upon themselves to look up the Bible passage in question. “The Test of Leprosy” comes from Leviticus Chapter 13 and reveals in exhausting detail (as Leviticus is wont to do) the preferred method of treating the bacterial infection known as leprosy. It reads:

So like…Sean definitely has leprosy, right? That appears to be what Servant is trying to communicate. And most of the pieces fit. Leprosy is a condition that’s inflicted humanity for about as long as our historical records go. It’s an infection characterized by a variety of telltale skin lesions and sores. The disease can also lead to nerve damage which results in the sufferer’s inability to feel pain.

Sean pretty clearly has this particular symptom as he chars his skin to a crisp over one of his home’s many stove burners while not reacting (and the wound indeed becomes reddish-white). Leprosy has also been known to cause loss of taste and smell in some cases, potentially due to lesions on tastebuds or inside the nose. With Leanne writing Sean’s name inside her Bible and his subsequent health issues, Servant seems to be implying, or perhaps confirming that Leanne indeed has paranormal powers. Previously in season 1, Leanne wrote Dorothy’s name in her Bible and Dorothy woke up with an ugly cold sore on her lips.

If Leanne is responsible for the Turners’ woes, then her choice of inflicting Sean with leprosy makes a lot of sense. Though leprosy is still in existence today, it is not very common. In Biblical times, however, the disease was very prevalent and enough of an issue to warrant an entire passage of Leviticus. The disease was sometimes seen as a result of someone being unclean or sinful. As a result, the term “leprosy” is synonymous with Bible stories for many folks who received a Christian education…someone like Leanne. There truly isn’t a more Biblical ailment she could have afflicted upon the Turners.

At least until water turns to blood or it rains locusts.

Breland + Lady A Show Off R&B Chops in ‘Told You I Could Drink’
Oppo Reno 8 5G Review: Familiar Wine in a New Bottle?
Campaign for energy bill strike gathers steam as winter shock looms
Fox News Is Having a Nuclear Meltdown Over the Feds Raiding Mar-a-Lago
Who Has Control: The SaaS App Admin Paradox